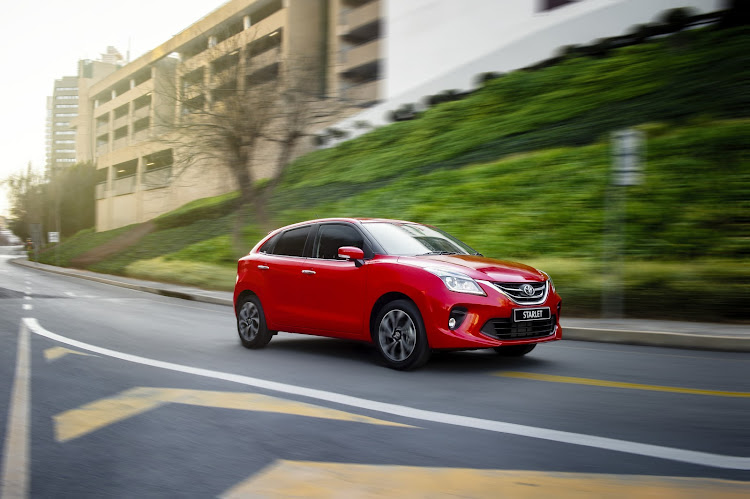 Toyota sold 1,102 Starlets in the month of October.
Image: SUPPLIED

The recently launched Toyota Starlet has notched up some impressive local sales figures in its first full month of retail.

Launched at the end of September to replace the firm's aged and long-in-the-tooth Etios, Toyota South Africa Motors (TSAM) on Tuesday announced that it had in October sold 1,102 of these fresh new sub-B segment contenders — 78 more than its Corolla family of cars, which includes the popular Quest, Hatch and Sedan variants.

“The recent launch of the Starlet is part of TSAM’s strategy to bolster our sales in the passenger car segment, says senior vice-president of sales and marketing at TSAM Leon Theron. “We hope that the Starlet will be an appealing offering to young people and rental companies alike — due to its competitive pricing as well as its visually enticing aesthetics.”

Though these figures are encouraging, the Starlet still faces serious sales competition from its closest rival — the Volkswagen Polo Vivo. According to the latest sales data from vehicle finance house WesBank, Volkswagen in October managed to shift no less than 2,259 of these popular Polo models, making it the current best-selling car in South Africa.