How I quit stalling and finally bought a classic Mercedes-Benz 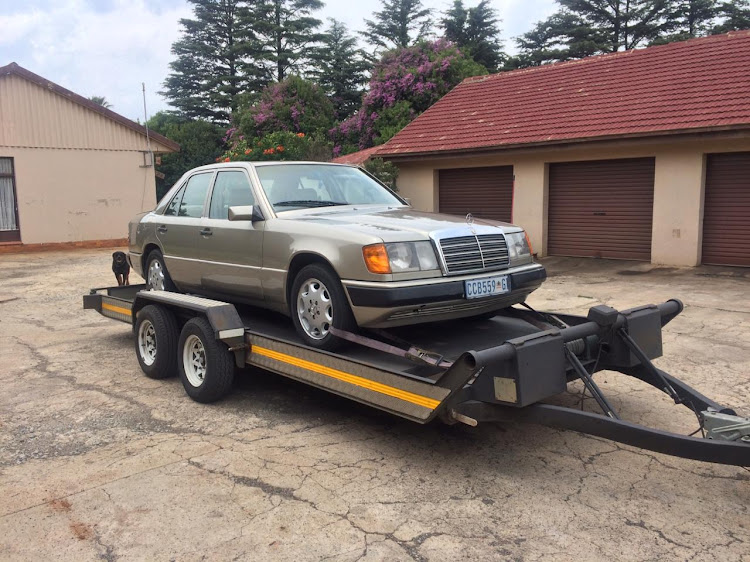 After years of trawling classifieds and annoying my colleagues with stories of near-purchases, it finally happened.

This week I transferred money to a stranger via my smartphone, in exchange for a Mercedes-Benz W124 230E of 1990 vintage, a car that predates our first democratic election by four years and my birth by two. Did I mention it has a four-speed manual transmission?

It was time. You don’t forget your childhood motoring experiences and for me, the W123 was part of those formative years. But finding one was proving tough, striking that balance between affordability and condition.

Around 1996, my uncle Aldrin bought an olive-hued 230E, got it sprayed black and because he couldn’t drive, it ended up in the custodianship of my uncle Morgan. Sadly, that beloved duo of larger-than-life characters are no longer part of the earthly realm.

But I’m pretty sure they would have been proud of this acquisition – my first car since a 2005 Renault Modus, which I seem to recall paying for in haphazard and irregular fashion. The Bank of Mom is very lenient and with favourable interest rates. It served well from 2011 to 2013, until persistent leaks and electronic quirks rendered it terminally ill.

This old champagne-shaded, German-designed barge built in East London seems to have held up far better against the unkindness of time. But it’s far from perfect. The odometer reads about 220,000km, though with no documentation to support it, that figure could be as genuine as a Louis Vuitton purse from China Mall.

The beige interior is a bit tatty and will need some work, including some refurbishment of the wooden veneer trim. There’s a minor scrape on the left fender and a few blemishes here and there, to be expected after three decades. But mechanically, the old warhorse seems to have plenty of fight left. The body is straight and there’s no rust. It’s an honest car, one that’s going to thank its lucky stars that fate put it in touch with someone willing to spend a few cents and some time.

Nosing it through Bedfordview at dawn on our first ever meeting, I was impressed by how sprightly it felt, with a heartening sense as each throw of the shifter engaged with a satisfying click. The steering is big, but fairly light with its hydraulic assistance. The gauges work too.

She’s now at Panic’s Place – my trusted mechanic’s Benoni sanctuary – scheduled to receive a thorough internal check-up, before we can restore the lustre to that cabin. Stay tuned for more.