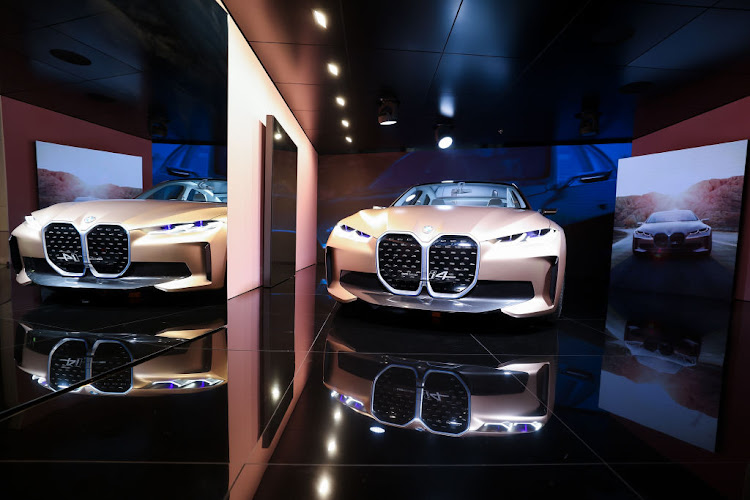 The new BMW i4 electric car will be built in the firm's Munich production facility.
Image: GETTY IMAGES/ LINTAO ZHANG

BMW on Wednesday said it will retool its German factories to build electric cars and components and shift manufacturing of combustion engines to plants in Austria and England as part of a broader shift towards low-emission cars.

Factories across the globe are clamouring for investment into next-generation cars as electric vehicles gain traction with consumers and as governments hasten the demise of the combustion engine.

Germany on Wednesday unveiled a €3bn (roughly R55.2bn) scheme to promote low-emission cars and Britain said it will ban the sale of new petrol and diesel cars and vans from 2030.

“By the end of 2022 all our German factories will make at least one fully electric car,” Milan Nedeljkovic, BMW's board member responsible for production said in a statement on Wednesday.

BMW said production of eight and 12 cylinder engines will move from Munich to Hams Hall in England, and other engines will be made in Steyr, in Austria.

Bavaria, where BMW is based, will receive the lion's share of the investments, the car maker said. The BMW i4 electric car will be built in Munich, a fully electric version of the 5-series and 7-series will be made in Dingolfing and an electric X1 will be made in Regensburg.

Mini morphs into a lounge on wheels

Vision Urbanaut concept envisions the largest Mini yet, with space to chill inside
Lifestyle
8 months ago

BMW's said the number of staff at its Dingolfing factory making electric car powertrains, will double, to 2,000 workers.

BMW's plant in Leipzig, Germany, will start manufacturing the Mini Countryman and the Regensburg and Leipzig plants are being prepared to make battery modules, the company said.

BMW will improve its cost structure by €500m (roughly R9.2bn) by the end of the year, the company also said.