Mini morphs into a lounge on wheels 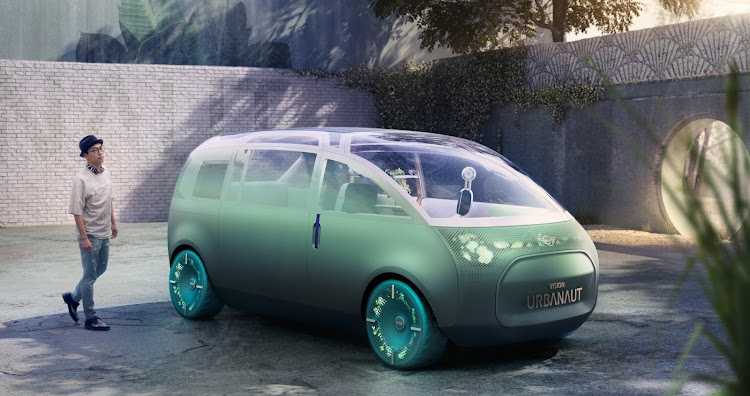 It’s barely recognisable as a Mini but provides an interior space that can be used in many different ways.
Image: SUPPLIED

Seemingly leaving behind all that makes a Mini a mini, the new Vision Urbanaut concept is essentially an MPV.

This computer-generated mock-up is a vision of a lounge on wheels that offers more creative use of space, says BMW, which has been the custodian of the British brand since 2000.

The concept has more versatility than ever before but still on what is described as a minimal footprint, though at 4.46m the car is 163mm longer than Mini’s largest current production car, the Countryman.

It’s still vaguely recognisable as a Mini from its round lights (only visible when switched on) and polygonal grille, but the Vision Urbanaut takes a big detour from styling heritage with its MPV-style monobox design.

“The Mini brand has always stood for ‘Clever Use of Space’. In the Mini Vision Urbanaut, we extend private space far into the public realm, creating completely new and enriching experiences,” explains Adrian van Hooydonk, head of BMW Group Design.

The car provides an interior space that can be used in many different ways and offers a whole new ease of movement inside the car.

Having been conceived from the outset as an electrically powered vehicle with automated driving functions, the Vision Urbanaut has afforded the designers a greater level of freedom when creating both the exterior and interior, says Oliver Heilmer, head of MINI Design. 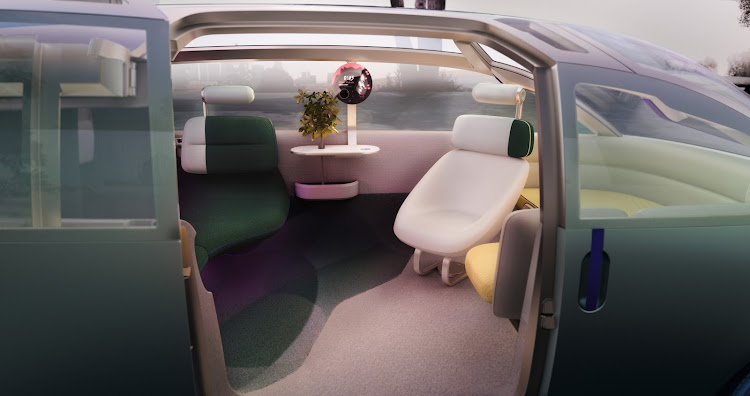 A Mini, but not as we know it. The Urbanaut’s lounge-like seating area.
Image: SUPPLIED

It can transform into a living room in a few simple steps. A flexible four-seat layout allows the front seats to be rotated, with a central table for passengers to sit around.

Occupants enter the cabin through a large sliding door in the side of the car and there are no other doors.

When the car is stationary, the dashboard lowers and the driver’s area becomes a comfortable seating corner — the “daybed”. The windscreen can be opened upwards when stationary to create a kind of street balcony.

In Chill mode, for instance, the car becomes a haven where occupants can relax with backlighting inspired by a green forest canopy, and ambient sounds from nature.

The wheels are transparent and illuminated from the inside, with their appearance changing according to the selected Mini moment.

BMW hasn’t said whether the Vision Urbanaut might go into production.