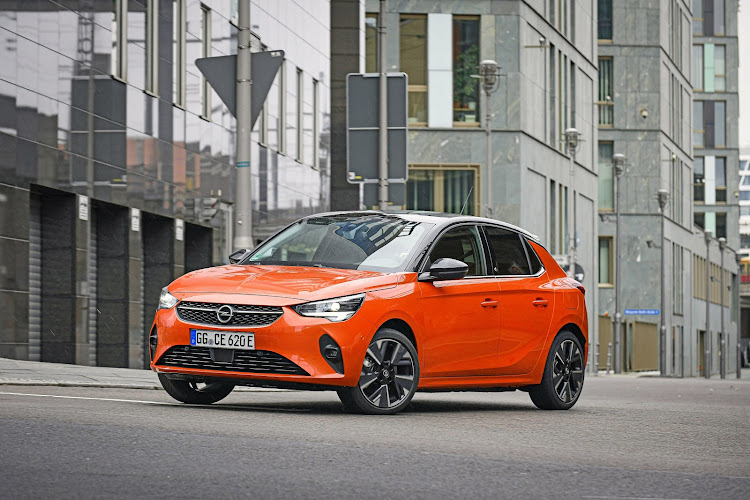 Opel will soon bolster its local line up with the new generation Corsa.
Image: SUPPLIED

Opel has been merged into the Peugeot Citroën operation in South Africa, after the German brand’s international acquisition by the French PSA car group in 2017.

Effective January 2021, Peugeot Citroën SA (PCSA) has taken over the importation and distributorship of Opel cars, creating an automotive entity that hopes to achieve a 5% local market share by 2025.

The three marques are being sold at multifranchise dealerships across the country with brand separation in showrooms, says Brian Smith, Peugeot Citroën’s local head of sales and marketing.

Peugeot Citroën will also take over parts distribution and after-sales of Opel and its former sister brand Chevrolet, with the latter no longer selling cars locally after General Motors quit the country three years ago.

We asked virtually all the players in the sphere about what could be expected from their respective stables. Some had more to say than others.
Lifestyle
1 year ago

Opel stayed on under the custodianship of Steinhoff-owned Unitrans when GM disinvested, with Williams Hunt dealerships offering long-running models such as the Corsa and Astra, and newer nameplates such as the Mokka , Adam, Crossland X and Grandland X.

Opel is a storied marque in SA that has won a number of Car of the Year titles and motorsport championships, and spawned iconic home-grown specials such as the Kadett Boss and Superboss. Vehicles such as the Kadett, Astra, Corsa and Corsa Utility bakkie were once snapped up by buyers in large numbers.

Opel’s local sales dwindled from their heyday to just 945 cars last year, but Smith hopes to double that figure in 2021 with the new Corsa playing a key role.

The latest sixth-generation Corsa is a modern and hi-tech incarnation of the popular small hatch that has sold here since the early 1990s, and will be available soon in two petrol guises: first a 1.2 normally-aspirated Edition priced at R289,900, and later a sportier 1.2 turbo at a price yet to be announced.

The electric Corsa-e is not currently under consideration for the local market.

PSA to ditch its two small petrol city cars, the 108 and the C1

As part of Opel’s local product plans, the Crossland X SUV will also receive a midlife refresh in the first quarter of 2021.

The remainder of the local Opel range is currently under review, with the Mokka X and the Adam having already being dropped from the line-up recently.

It is too early to say how the local operation will fit into Stellantis, the newly formed international merger between the PSA group (including Peugeot, Citroen and Opel) and FCA (including Fiat, Alfa, Chrysler and Jeep).