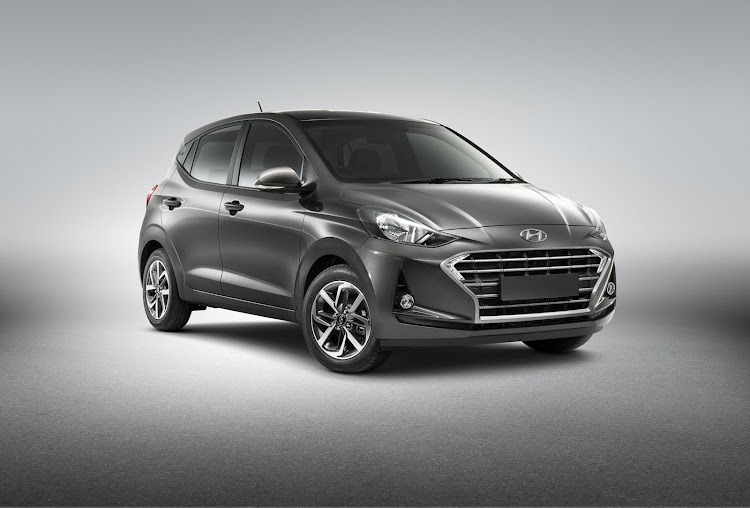 The Hyundai Grand i10 is let down by poor crash safety ratings.
Image: Supplied

Hyundai makes for a compelling case study if dramatic brand transformations are being discussed.

It went from being considered as a purveyor of affordable but not-so-attractive economy cars, to producing offerings that are right up there with the best of them.

This includes high-end luxury products from its Genesis division, which is to them what Lexus is to Toyota or Infiniti is to Nissan. Unfortunately, the marque is not distributed in SA. And then there is the up-and-coming N-division, the first taste of which we had with the i30 N, launched at the beginning of 2020. It seemed to garner unanimous praise from the motoring media. And though the contender was not deemed as quite ready to topple the old guard just yet, it was declared a thoroughly impressive first attempt.

As we all know, the N-division benefits from the expertise of the man who used to head up the M-department at BMW. Expect many exciting specimens from that side of Hyundai in the near future. 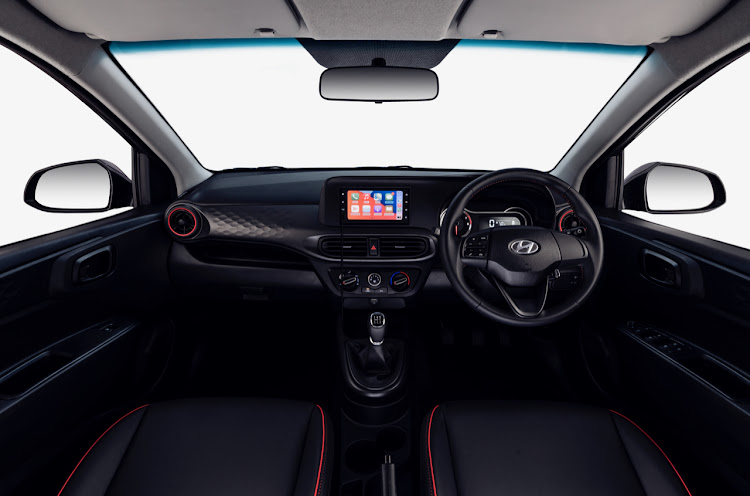 Seats are comfortable but the interior plastics are low-rent.
Image: Supplied

But even though the firm has diversified and upped the ante in cachet, it still does budget-friendly rather well. And the case in point is the latest-generation Grand i10. Released to the local market last year, the model was warmly received.

We recently spent a weeklong evaluation with the compact South Korean car and found that there is plenty to like. Except for one significant aspect, which we will get to later.

First, the good. It looks as spunky and edgy as a city slicker ought to. From the smirking grille and scowling headlights, to the neatly-pleated rear, the Grand i10 is something a young upstart would be proud to amble around in.

The range-topping Fluid model grade is the more dazzling, of course, bringing more spice over its Motion counterpart, with attractive alloys, colour-coding and shinier garnishes.

At launch in 2020 we commented that the Grand i10 could possibly lay claim to having the comfiest seats in the category. It was a sentiment that was well-cemented during the past week of driving, over numerous stints down the freeway in addition to the usual urban runs.

They provide ample padding for the posterior region, with lateral support that seems almost too generous for the kind of mild-mannered driving the vehicle was designed for. 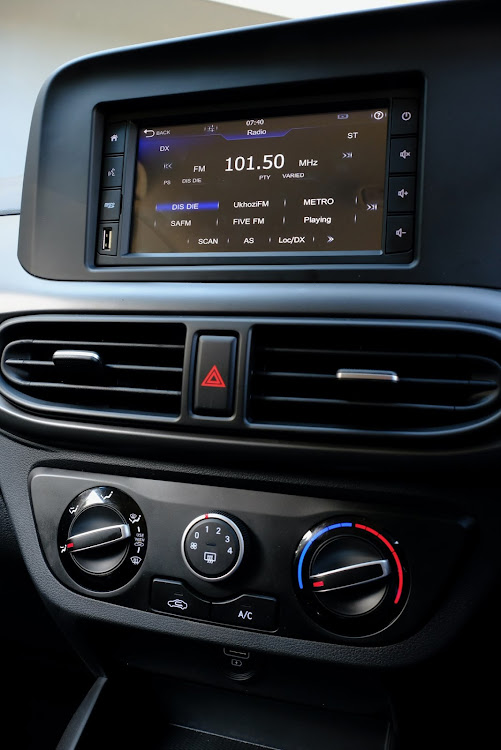 Just like its cousin from the Kia stable, the Picanto, the Hyundai Grand i10 is available with either a 1.0-litre or 1.2-litre petrol engine, the former packing three-cylinders, with the latter gaining one more.

The 1.2 we drove produces 61kW and 114Nm, transmitted to the front wheels via a five-speed manual, while a four-speed automatic is on offer too. Road manners are fine in normal conditions, but the odd crosswind did show a tendency to sway the little car, with its featherweight mass tipping the scales at 897kg.

Negative things could not be said of interior quality, thanks to a decent grade of plastics employed. The digital interface erred on the fiddly side and had a grainy resolution, but then, expectations over such kit at this end of the market is not particularly high anyway.

Safety, on the other hand, is a big priority for first-timers, especially ones whose parents are going to be involved in the selection process. Even the very basic 1.0 Fluid has dual front airbags, anti-lock brakes with electronic brake-force distribution and an ISOFIX child seat mounting. But it only mustered a two-star rating for adult occupant protection when GlobalNCAP tested it in November last year.

Granted, the test car was slightly different to local specification in that it lacked the ISOFIX feature. But that has little bearing on the fact that its bodyshell integrity was found to be “unstable” by the safety-rating organisation. Hyundai Grand i10, you were so close to attaining budget car perfection. Pricing: upwards of R191,900.