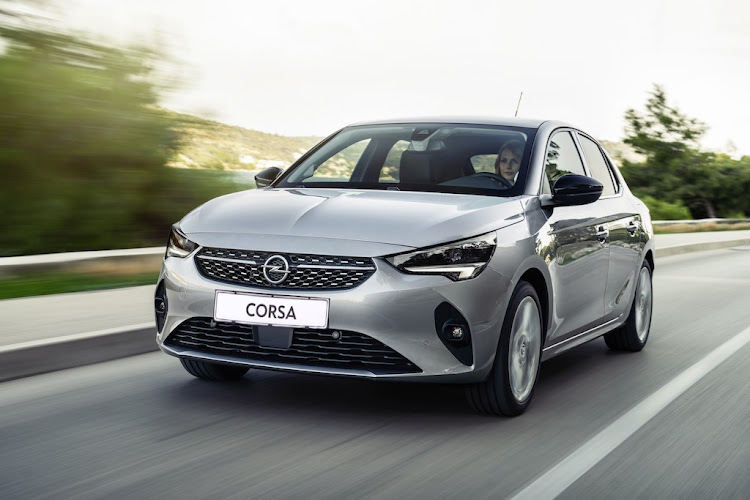 The new Opel Corsa is attractive from all angles. Pricing starts at R274,900.
Image: Supplied

The new Opel Corsa quietly landed on dealership floors in the fourth quarter of last year.

Attribute the delay in its official launch to pandemic-related hiccups – aside from the idea the brand is still trying to regain its footing, even though it has been almost five years since former parent company General Motors (GM) made that abrupt exit in 2017.

Opel was acquired by French Groupe PSA (Peugeot, Citroën) that year, but the alignment between it and those brands was not especially clear in the context of our market. A rebirth of sorts is imminent and, for many fans, welcomed. The carmaker needs no introduction, with a long and famed history in the local market.

Since going it alone, the manufacturer had to work with what it had, attempting to drum up hype around a portfolio of ageing products. New metal was needed – and this new Corsa is a sign the floodgates will be opening further.

Since Opel benefits from the clout wielded by the recently-formed Stellantis conglomerate, their hopes about a revival could be well secured.

In case you missed it, Stellantis is the result of a merger between Groupe PSA and Fiat Chrysler Automobiles (encompassing Abarth, Alfa Romeo, Dodge, Jeep, Lancia, Maserati and more).

With as many as 14 brands in the stable, Stellantis is the fourth largest automobile manufacturer in the world by volume, behind giants like Renault-Nissan, Volkswagen Group and Toyota.

Opel has 35 dealers in their local network.

At the launch of the new Corsa, the firm reiterated their commitment to growing the brand and regaining confidence from consumers. 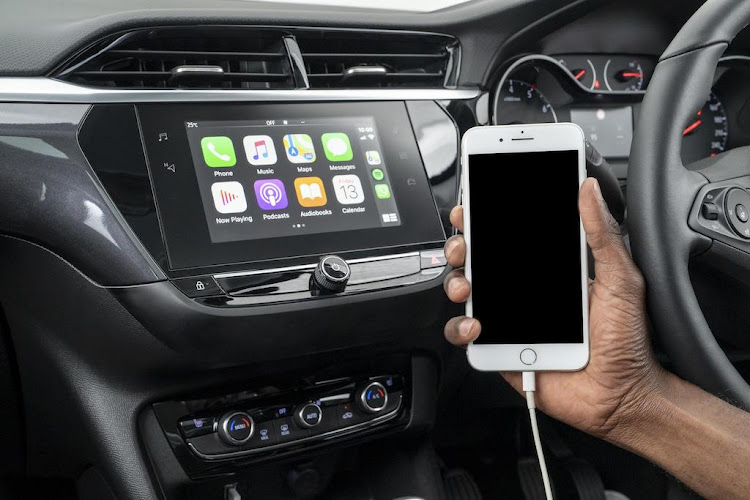 The touchscreen infotainment system in the Elegance model is compatible with both Apple CarPlay and Android Auto.
Image: Supplied

With the business aspect of things out of the way, allow us to move to the sixth-generation Corsa.

What an attractive car it is from all angles. There are many interesting colours to pick from, livelier than the grey pictured here. It is larger than its predecessor, with a greater emphasis on sportiness. Or the illusion of it. Taller people will appreciate the extra 9mm worth of headroom in the cabin, while rear passengers benefit from an extra 20mm legroom.

First we made a beeline for the range-topping Elegance model. It offers 96kW and 230Nm from a turbocharged, three-cylinder engine displacing 1,199cc. It is worth remembering the current Corsa owes most of its being to the second-generation Peugeot 208, which should arrive here this year.

The Elegance is paired with a six-speed automatic gearbox and after 300km of seat-time at launch, we came away impressed with its road manners. Despite not driving as if Miss Daisy were in the back, we achieved an average consumption figure of 6.8l/100km. 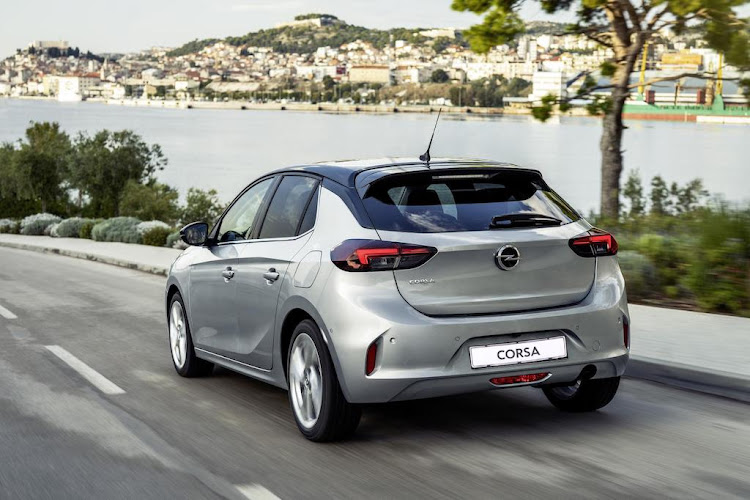 The naturally-aspirated version of this motor featuring in the lesser-equipped grades produces 55kW and 118Nm, shifted via a five-speed manual. Its claimed consumption is not dramatically less than that of the turbocharged vehicle, at 5.8l/100km compared to 6.3l/100km.

Opt for the base 1.2 and you get features such as air-conditioning, cruise control, rear park assist and a five-inch touchscreen infotainment system. The basic safety kit across the board includes anti-lock brakes, an electronic stability programme and dual front, side and curtain airbags.

The Elegance ups the ante with traffic sign recognition, collision mitigation braking and forward collision alert, all of which are not commonplace in the B-segment.

Opel is known for being a trailblazer in the area of making high-tier specification more accessible in the mainstream classes. The Corsa in Elegance guise is good proof of this. From its appealing exterior, grown-up feel on the road and well-appointed interior, the sixth-generation Opel Corsa has plenty going for it. Some may say it is more primed than ever for the task of giving the ever-popular Volkswagen Polo a run for its Rand.