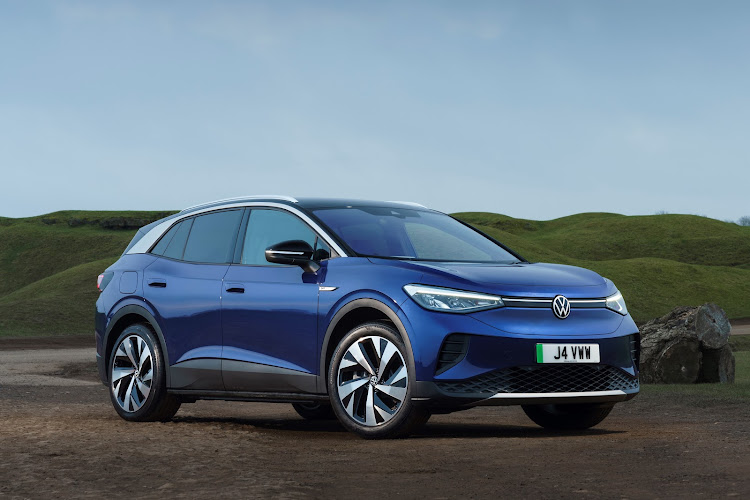 The ID.4 is a fully electric crossover SUV that is expected to go on sale in South Africa next year.
Image: SUPPLIED

The Volkswagen ID.4 has been voted the 2021 World Car of the Year by 93 journalists from 28 countries.

It is the second electric vehicle to claim the overall prize after the Jaguar I-Pace in 2019.

The ID.4 was launched in 2020 as VW’s first fully electric crossover SUV and is expected to go on sale in SA next year. It’s positioned as a mass-market electric vehicle — a car for “the millions, not the millionaires", according to the company’s advertising — though local pricing is not yet known.

The ID.4 is offered in several variants ranging in power output from 109–150kW, with claimed ranges of 346-522km on a battery charge.

As we reported yesterday, VW will be unveiling its refreshed sixth-generation Polo hatch on Thursday morning. Unfortunately for the Wolfsburg-based ...
Lifestyle
3 weeks ago

This year’s winner was chosen from an initial entry list of 24 vehicles from around the world, with the ID.4 shortlisted for the overall award alongside the Honda e and Toyota Yaris.

The World Car of the Year Awards have been held annually since 2005.