How to buy an affordable and reliable premium sedan in 2021 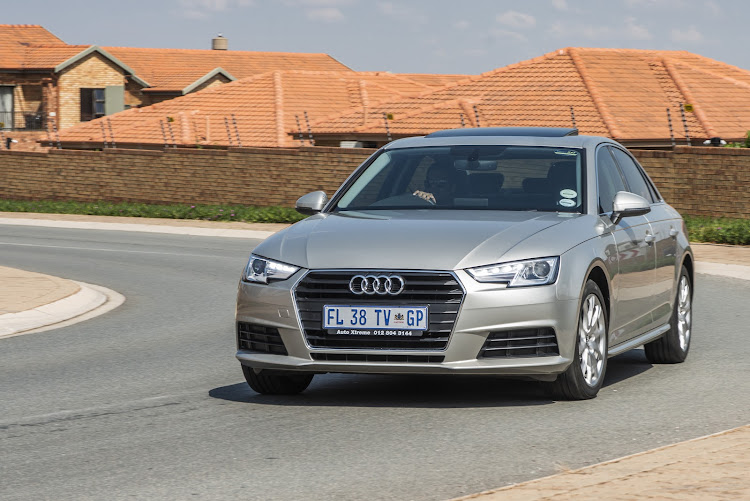 I assure you, we members of the motoring media establishment are not oblivious to the realities of personal transportation in 2021, even if those hashtag-peppered, filter-saturated images of shiny metal might create another impression.

Let us do some simple mathematics. That is a repayment of R7,460 over 60 months, with a 9% interest rate, no balloon payment or deposit. A dear sum, even before you consider essential extras like insurance, a tracking device, as well as general maintenance and the cost of fuel, an expense that just keeps going up.

At this point allow me to steer you in the direction of the pre-owned market. Indeed, depreciation is a factor that helps used car buyers score.

Now, unless you know full well what you are jumping into, we are not for a moment suggesting you take the plunge on that 2006 BMW M6 coupé going for the same price as a new Opel Corsa 1.2 N, as your daily driver.

Much has been said about the contentious bucktoothed grille of the new-generation BMW M3 and M4, but just how big is the bite behind it? To find out, ...
Lifestyle
3 weeks ago

Acquisitions of that ilk operate by a different set of variables and could end up in financial ruin if not approached prudently.

This discussion relates to more sensible pursuits. Can you enjoy a premium used car that is both affordable and reliable? Yes, you really can, with a bit of homework and some careful shopping. 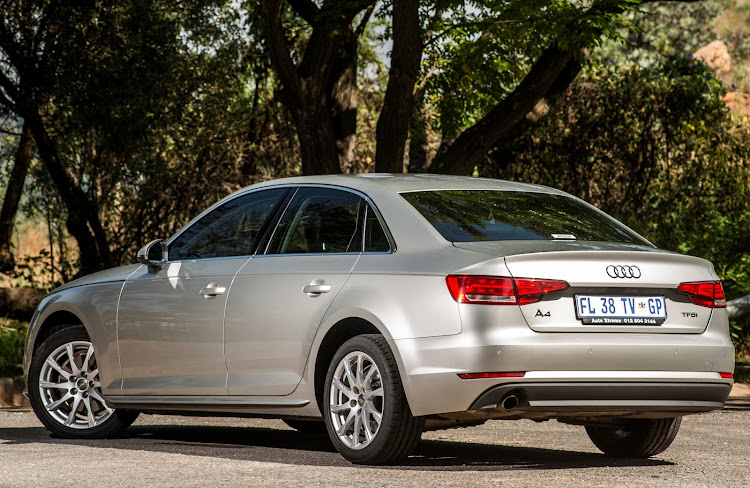 The 1.4 TFSI engine is frugal and willing.
Image: Waldo Swiegers

Now, this was not some special deal or auction house steal. Trade value for the model is around the R210,000 mark and retail is about R251,000.

It was found at a large non-franchise dealership out in Silverton, Tshwane. My first step after spotting it was to make an inquiry at an Audi dealership, using the vehicle identification number (VIN).

Among the many great things about the modern car ownership experience is that most of the administrative-related stuff is digitised. No guesswork over missing stamps in a service book.

A comprehensive printout revealed that my steed lived a rather good life, with a full record of scheduled (and some unscheduled) maintenance stops. Coverage remains in the standard-issue Freeway Plan, which will expire at the end of August. Adding further peace of mind was the note on the report that 5,000km ago, it was treated to a new clutch, new brake discs and pads, at an Audi centre.

But just to be doubly sure I took it to my local Audi dealership for an 80-point inspection, since the car was bought from a non-Audi shop. Consider it cheap insurance. The check cost R1,500 and only one issue was flagged: a battery that was on its last legs. That would have cost me R5,500, but was fully covered by the Freeway Plan.

It might be the standard specification version, but my A4 still looks like a true sophisticate. The first owner specified two options: a sunroof and xenon headlamps with the ubiquitous daytime-running LEDs. Frankly, I would not have minded halogens, just from a long-term cost perspective. But I am told the xenon bulbs are not as pricey as they once were.

The 225/45/R17 Continental ContiSportContact5 tyres still have plenty tread left. But replacements would cost between R1,100 and R1,600 depending on brand.

Being the 1.4 TFSI model, it is powered by the EA211 motor that is in widespread use across a number of products within the Volkswagen Group. The unit is considerably lighter than the EA111 of old and is said to be more robust, too.

Power is 110kW and torque is 250Nm. It moves with more conviction than was initially expected. Never does the A4 feel out of puff, with decent pull around town and a stoutness about its overtaking ability. 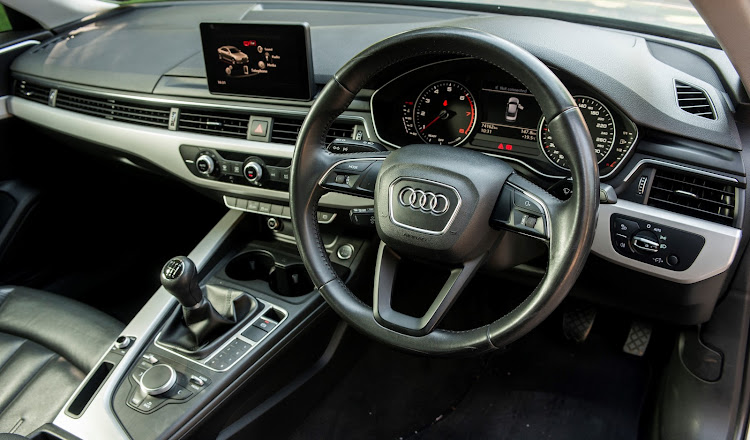 The luxurious cabin is well built and packed with gizmos.
Image: Waldo Swiegers

But you want to know the best part? My car is a manual! Yes, no S-Tronic, double-clutch issues to lose sleep over. Clutch travel is short and so too is the nature of the shifter: direct, slick.

As for fuel consumption, my car returns as little as 4.7l/100km cruising on the highway at about 110km/h. I feel pretty smug about that, not going to lie.

The biggest cost I am anticipating would be the timing-belt and water-pump service. Audi recommends that the former is replaced at 120,000km. But since my odometer is still far away from that milestone, I think it would be better to do it towards the end of the year, as it approaches its fifth birthday.

The bill, including parts and labour, is expected to be around R14,000. But I approached a highly rated aftermarket workshop, approved by the Retail Motor Industry Organisation (RMI); who quoted half of that.

Audi launched this generation of A4 locally in March 2016, with a base price of R441,000, while the most expensive 2.0 TFSI began at R496,000. Back then, in our report, we had this to say of the car: it was not the dynamic leader of the pack but it set a new standard in terms of refinement and quality.

“This is a car that feels as if it were built to last much longer than the average lease term,” was the quip in our story.

And how true that has turned out to be.

Moral of all this? Do not overlook the pre-owned market when shopping around for your next car. And if you need informed advice, you know how to find us.