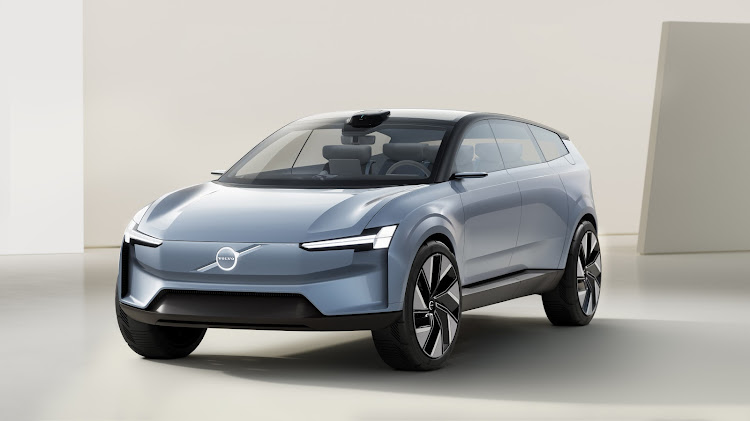 Volvo recently announced that its entire car line-up would be fully electric by 2030, and for the Swedish carmaker it means  not only a shift in powertrains, but also a new paradigm in car design.

It has launched the new Concept Recharge as what it terms a styling manifesto for the next generation of battery-powered Volvos.

It’s been a long time since Volvos were boxy, but the Concept Recharge takes sleek styling into a new realm for a marque once famous for its square and stodgy designs.

“True to the heritage of Scandinavian design, Concept Recharge has the mantra of ‘less but better’ at its core,” says a Volvo spokesperson.

“For example, by removing the complexity of the internal combustion engine (ICE), the designers have been able to evolve the car’s proportions to increase interior space while also improving aerodynamic efficiency. The result is a car that offers genuinely better solutions to support a sustainable family life.”

Volvo’s first generation of electric cars shares a floor with ICE-powered cars, which requires a balance in proportions and space to be able to accommodate both a battery pack and an ICE.

But the firm’s next generation of fully electric cars — the first of which is the company’s first SUV on a completely new electric-only base — will feature flat floors, as previewed in the Concept Recharge. 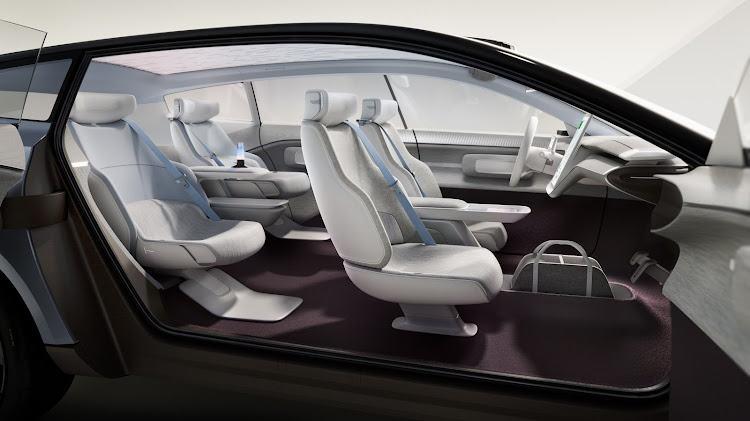 By removing the engine and replacing it with a full battery pack under the flat floor, the designers have extended the wheelbase and the wheel size of the car. The result is shorter overhangs, as well as a lot more interior space including a large storage area between the front seats.

Designers have repositioned the seats, optimised the roof profile and lowered the bonnet while retaining the high eye point beloved by drivers of SUVs such as the Volvo XC40, XC60 and XC90. This approach creates efficiency gains in aerodynamics compared with a typical SUV, which improves range.

This concept car also introduces a new Volvo design language. Continuing the theme of “less but better”, all unnecessary elements have been removed and what remains is treated with a high-precision, flush execution.

With no engine to cool, the traditional grille has been replaced with a shield-like structure, supported by a new interpretation of Volvo Cars’ “Thor’s Hammer” headlight design.

“Our Concept Recharge represents a manifesto for the all-electric future of Volvo Cars, as well as a new type of vehicle,” said Robin Page, head of design. “It displays new and modern proportions that go hand-in-hand with increased versatility and shows what technology can enable in terms of design.” 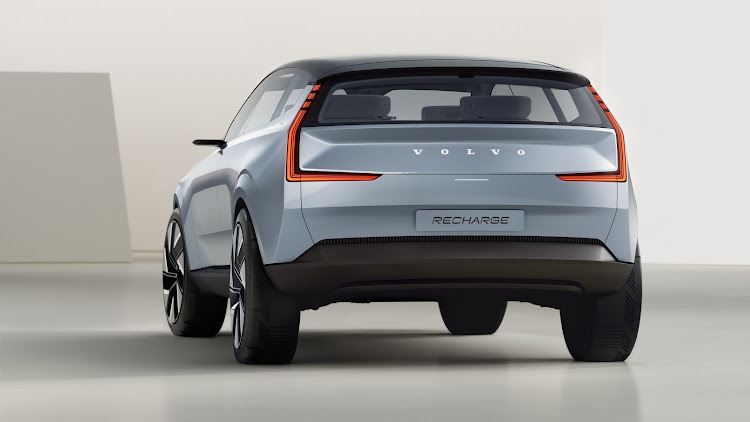 The flat floor provides more space and a better seating position for all those inside the car.

A large, 38cm standing touch screen is the centre of a new and improved user experience for a next-generation connected infotainment system. It goes hand-in-hand with those other hallmarks of Scandinavian design: clean lines and extensive use of sustainable and natural materials inside the cabin.

“Inside the Concept Recharge, we create a truly Scandinavian living-room feeling,” said Page. “Each part of the interior is like a piece of art and could stand alone as individual furniture in a room.”

The concept car also reflects Volvo’s safety ambitions in the coming years. A LIDAR sensor, a critical part of Volvo’s plan for forthcoming safe autonomous drive technology, is placed in an optimal position on the roof to collect data on the environment around the car.

“With the Concept Recharge we continue the rich roots of Volvo’s design DNA in a modern and fresh way as we move into our all-electric future,” said Page.

Volvo Cars was founded in 1927 and has been under the ownership of the China’s Zhejiang Geely Holding since 2010.