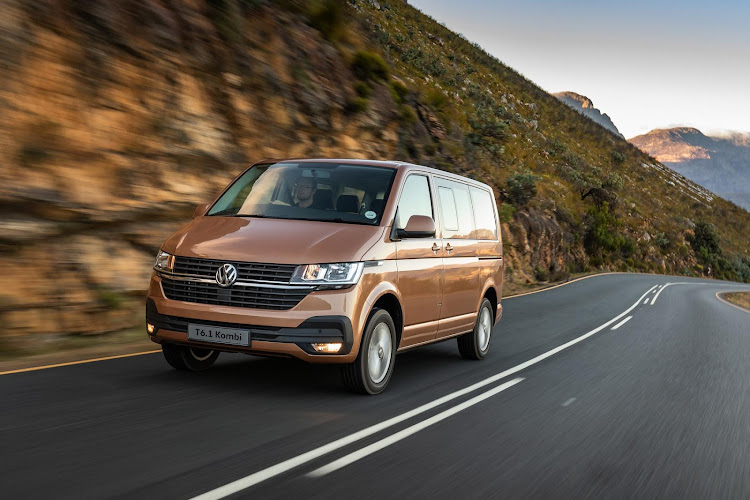 There are many reasons for and benefits to owning a minibus.

For the entrepreneurially-minded, the cargo-hauling strength and people-moving potential represents worthwhile business opportunities.

Those who live a carefree and nomadic lifestyle appreciate the capaciousness and ability to move their living quarters to new sceneries. A van makes sensible family transportation too, offering the kind of room you simply could not get in a sport-utility vehicle, hatchback or sedan.

Volkswagen on Wednesday unveiled its new 2021 Polo GTI that bursts onto the hot-hatch scene with fresh styling, enhanced tech and slightly more power.
Lifestyle
6 months ago

Volkswagen’s Transporter series has been catering to these and other demographics for decades. Now we’re in generation T6.1 which the automaker launched last year.

If you’ve driven through those quiet roads bordering North West and Gauteng in the past few months, you may have even spotted the forthcoming T7 in testing, camouflaged but unmistakable.

So deeply ingrained is the lineage in the psyche of the motoring public that the famed Volkswagen is easily recognisable in any of its guises – whether your association is of David Kramer, his red shoes and the Volksiebus, or of K.O featuring KiD X and the anthem celebrating the coolness of a “Caracara.” 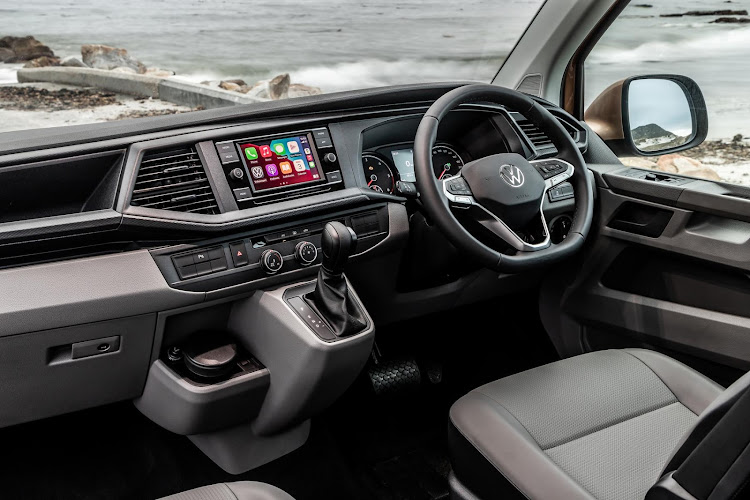 Back to the T6.1 series. The updated Transporter was first launched locally in September 2020, first in top-tier Caravelle grade, with all its luxurious trappings. The worker bee versions followed, including the lesser-spotted pick-up variants, as well as the Kombi, bridging the gap between the Crew Bus and Caravelle.

That Kombi is the one most buyers pick, according to Volkswagen. It’s the best-seller in the range and available in two lines: Trendline and Trendline Plus.

We drove the former, which can be had with either a five-speed manual or seven-speed, dual-clutch automatic (DSG). In the case of that two-pedal model, output from the 2.0-litre, four-cylinder, turbocharged-diesel motor is 110kW and 340Nm. In manual format, it produces 81kW and 250Nm.

If you can help it, you are going to want to pick the self-shifting car. Threading such a lengthy, wide rectangle on wheels is far easier when you do not have the burden of modulating a clutch and rowing gears with your left hand.

Volkswagen has released the latest T7 version of its Multivan. The big news is that the new bus, which carries up to seven people, moves away from ...
Lifestyle
7 months ago

A commanding seating position has always been a Transporter hallmark. And it is business as usual. The person in the captain’s chair benefits from a layout and feel typical of the brand: business-like, logical and easy-to-use. With those chunky door sills and the angled steering wheel, it feels akin to piloting a truck.

While the delivery and pace of this derivative leaves little to be desired, buyers can also have a 146kW and 450Nm state of tune, with the 4Motion all-wheel drive system. Great to have that extra kick – but we never found the middle-grade 2.0 TDI to be lacking in grunt.

Fabric upholstery is standard, though leatherette is available as an option, which our tester featured. It appears hard-wearing if not as obviously upmarket as the soft hide that can be had in the Caravelle. 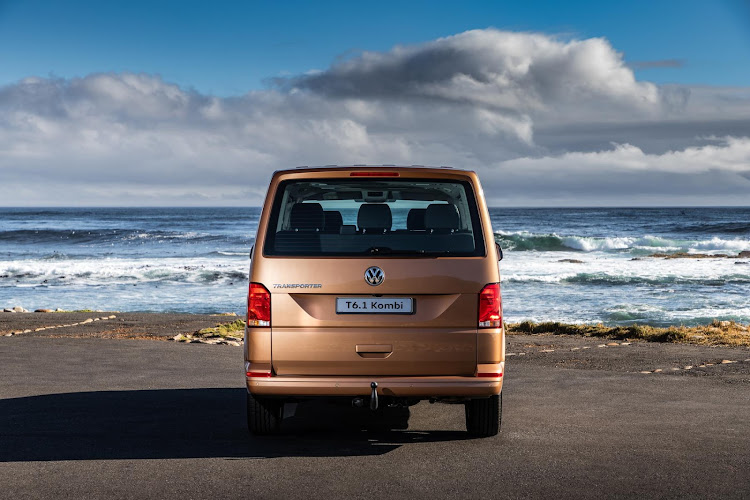 As before, the Kombi boasts seating for eight, including the driver. Occupants are encouraged to be jolly and indulge in cheerful chatter because silences reveal a particular weak point. That is a tendency to rattle.

This is an issue not endemic to the Transporter. You will find even the others in this category can be accused of cabins that are not entirely clatter-free. We guess it is an inevitability when there are so many clips, brackets and other tiny elements involved in these seating arrangements.

Certainly no dearth of options if you’ve been captured by the allure of that minibus lifestyle.