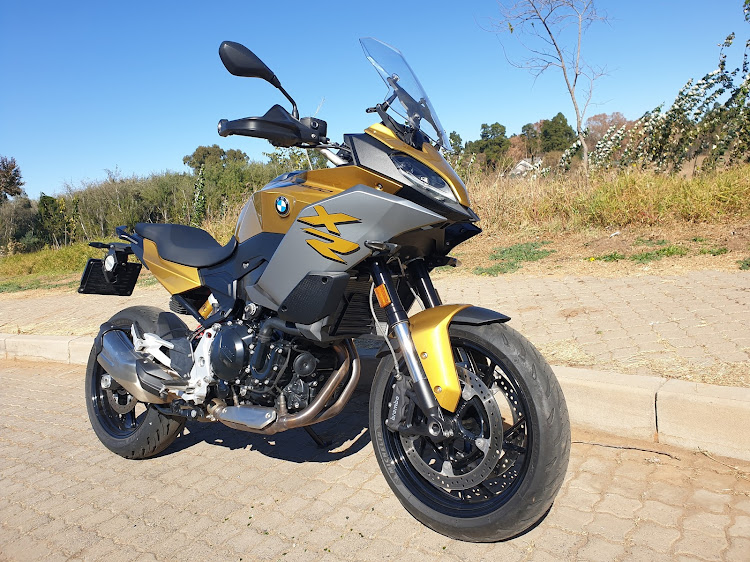 Heated hand grips would have been welcome during the cold front that gripped Gauteng during my test of BMW’s F900 XR. Still, I was happy to be riding the XR instead of the naked R “roadster” version, which has no wind protection.

The more touring-friendly F900 XR comes with a windscreen adjustable to two positions, which did a decent job of keeping the icy air off my body and the optionally fitted hand guards kept the worst of it from my fingers. Still, there’s nothing like heated grips to keep your digits nice and toasty. For winter riding, they’d be the first things I’d order from BMW Motorrad’s accessories catalogue.

The F900 is the lesser-powered and more affordable cousin of the S1000 XR, and while the numbers may imply a minimal difference in performance, there’s a chasm. The 1,000cc version has a far more powerful bite courtesy of using the four-cylinder engine from BMW’s S1000 RR superbike — albeit in detuned 121kW and 114Nm form.

The BMW F900 XR is a twin-cylinder bike with considerably humbler 77kW and 92Nm outputs, making it an easygoing performer with effortless cruising ability and punchy pace without entering the realms of real excitement — unlike the scary-fast S1000 XR, which is a superbike in a touring suit.

This makes the F900 a civilised, nonthreatening machine for biking newcomers or those who have outgrown the need to audition for Valentino Rossi’s racing seat.

It has an upright and relaxed riding position and a light-footed, nimble feel belies its large size. It’s a bike that favours taller folk but isn’t intimidatingly large — at 1.81m in height I was comfortably able to straddle the machine with my feet flat on the ground. The machine is available with an optional lower seat for shorter riders.

The F900 XR comes standard with rain and road riding modes, which affect the throttle response, and the test bike was fitted with optional electronic suspension adjustment that softens or firms the ride. 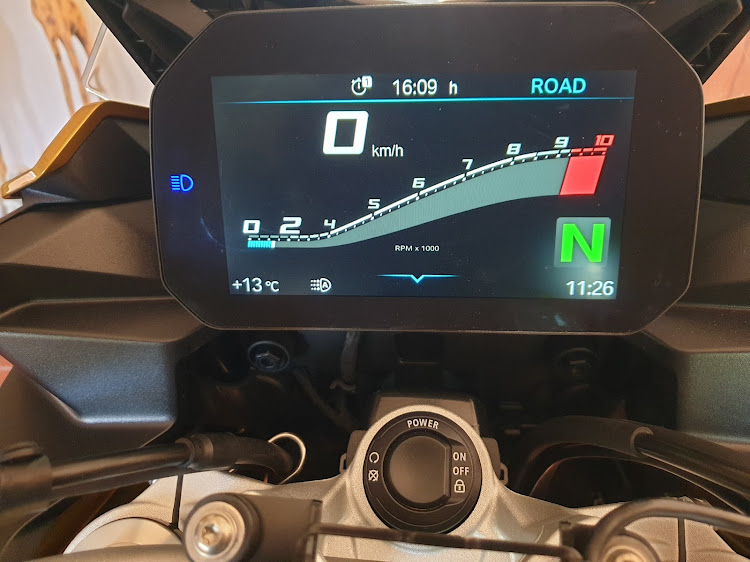 The bike can be ordered with additional riding modes but I liked their absence on the test bike. One is tempted to fiddle with features if they’re fitted, and being distracted by them is a risky exercise on SA’s dangerous roads.

Other items that can be ordered from BMW Motorrad’s options catalogue include keyless ride (the transponder key stays in your pocket), an adaptive cornering headlight that illuminates further into corners at night, luggage panniers and a lowered suspension kit.

The test bike had an optional quickshifter too, allowing convenient cog-changing (up or down) without using the clutch, though the gearshifts felt a little clunky.

In sport mode the suspension noticeably firms up for a harsher ride — all the better for more athletic cornering — but in its softened setting the machine provides mile-munching comfort without feeling overly spongy. A 15.5l fuel tank provides a range of up to 280km between fills, based on the 5.5l / 100km the test bike achieved.

The F900 XR is listed as an adventure motorcycle in BMW’s line-up but has limited gravel-riding aspirations with its small-diameter 17-inch alloy wheels. As a tar-based tourer it’s a likable all-rounder with good comfort, composed handling and an affordable price.