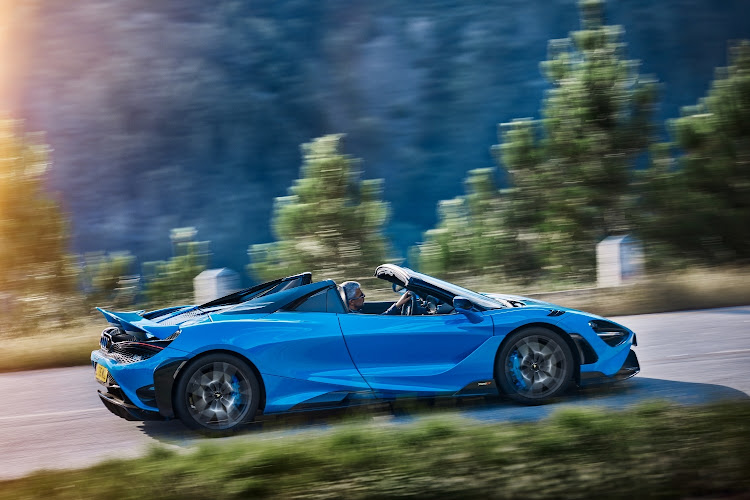 Forming part of the British marque's track-focused “Super Series” range, this ferocious-looking drop-top joins its coupé sibling that was unleashed in March 2020.

Also limited to just 765 units, the ultra-exclusive 765LT Spider features an electronically retractable roof fashioned from a single piece of carbon fibre. With a touch of a button it can be raised or lowered in 11 seconds and at speeds of up to 50km/h. 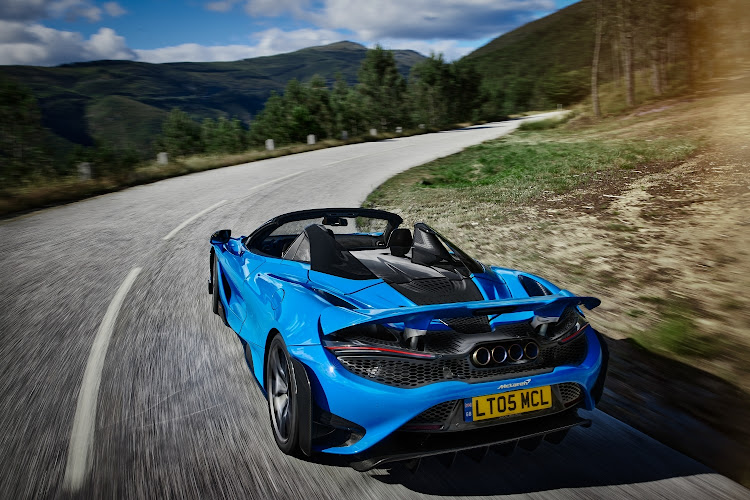 The carbon fibre top can be stowed in 11 seconds.
Image: Supplied

The complexity of such a system obviously concedes a weight penalty (electric motors aren't light) but even so McLaren claims the Spider is only 49kg heavier than the coupé. In total it tips the scales at 1,388kg, which makes it 80kg lighter than the 720S Spider.

As with the 765LT Coupé, the Spider comes armed with a Ricardo-built 4.0-litre twin-turbocharged V8 engine that puts out a gargantuan 563kW and 800Nm worth of torque. Sent to the rear wheels via a seven-speed dual-clutch transmission, these enviable figures allow the 765LT Spider to surge from 0-100km/h in 2.8 seconds and 0-200km/h in a blistering 7.2 seconds. On a long enough road you'll see reach a top speed of 330km/h. 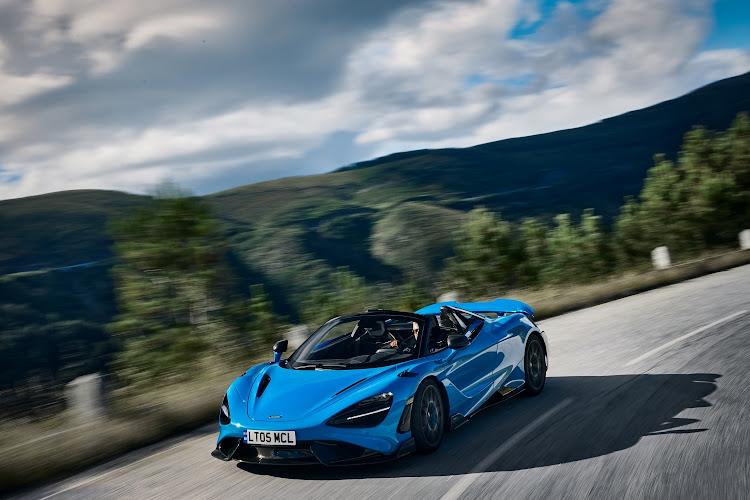 Performance is more or less identical to that of the 765LT Coupé.
Image: Supplied 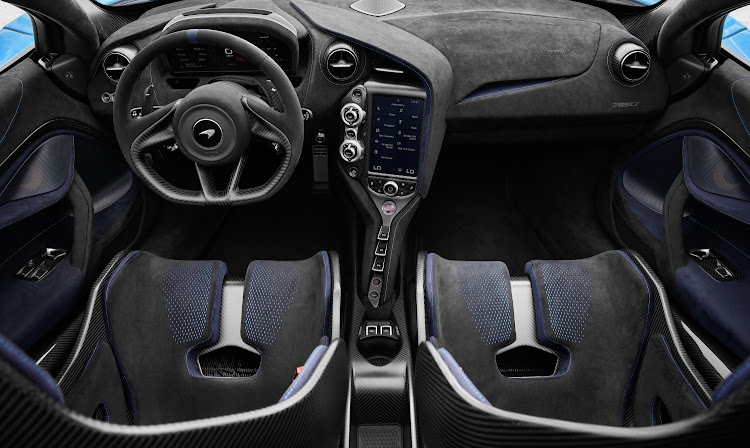 AC and a sound system are available as no-cost options.
Image: Supplied

Interior highlights include carbon fibre racing seats, a carbon fibre centre tunnel, exposed carbon fibre floor and lightweight Alcantara trim. Air-conditioning and an audio system are not included as standard (yes, you guessed it, to save more weight) but both can be specified at no additional cost. Speaking of which, the 765LT Spider in the UK comes attached to a £310,500 (roughly R6,363,954) price tag. Apparently all 2021 build slots have already been accounted for so even if you've got the cash you'll have to wait until 2022.

Another cold front front blew into Cape Town this week bringing icy winds and much rain – conditions that may well have contributed to the demise of ...
News
6 months ago