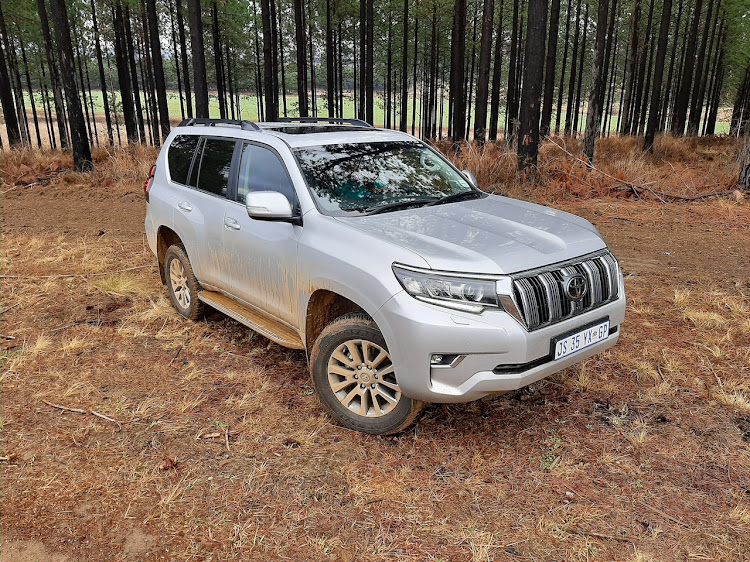 You wonder if the heads of certain brands worry about those unintended consequences of free advertising. Any publicity is good publicity, right?

Maybe not. It’s like the case of Tony Yengeni and that Mercedes-Benz ML-Class. Or the recent guy who loaded unpaid-for groceries into his Mercedes-Benz C-Class coupé – “Mercedes looter” is what the headlines dubbed him. Side note: I know many proper, upstanding, people who drive models with the three-pointed star.

And who remembers the time when Uzzi went from being a fairly desirable clothing brand to unofficial apparel of criminals? All thanks to a courtroom picture that went viral, spawning various memes and colourful Twitter threads. This week I caught branding expert Andy Rice’s spot on 702’s The Money Show with Bruce Whitfield, commenting on Toyota’s ubiquity in all the coverage of the recent scenes unfolding in Afghanistan.

He was quoted as saying that the Land Cruiser (and Hilux) are choice vehicles for “resistance organisations or guerilla parties or whatever you like to call them” and that it’s often possible for brands to be victims of their own success. Indeed, to the dismay of marketing gurus, the end user of a product might not always match the description of the person depicted in the brochures. 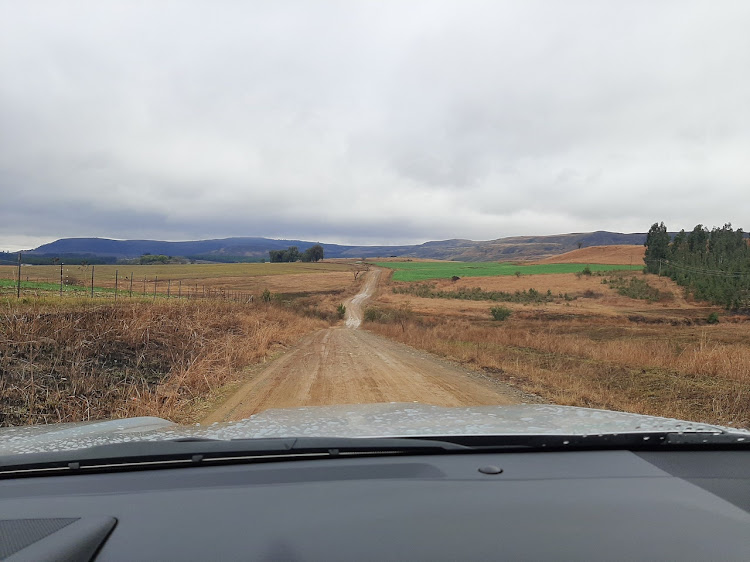 The Land Cruiser is tough enough to conquer most terrain.
Image: Brenwin Naidu

When the Land Cruiser Prado arrived for testing recently, I made a move that would fit the average owner profile pretty well. As a cold front made its way in on Friday, an impromptu getaway to KwaZulu-Natal’s Drakensberg area seemed like a great idea.

We should take a minute to talk about Toyota’s hierarchy of vehicles sporting the “Cruiser” moniker. At the bottom, the Urban Cruiser, twin of the Suzuki Vitara Brezza, kicks off at R255,300. The Land Cruiser 79 (from R642,900) is a hit among those in the agriculture sector (and, of course, the sects that Andy Rice talked about earlier).

The 76 offers wagon-like versatility at R744,900. And you can still have an FJ Cruiser for R734,000. With the exception of the badge-engineered Urban Cruiser, the Land Cruiser family philosophy is one of continent-conquering toughness and, particularly in the case of the 70-series, simplicity. 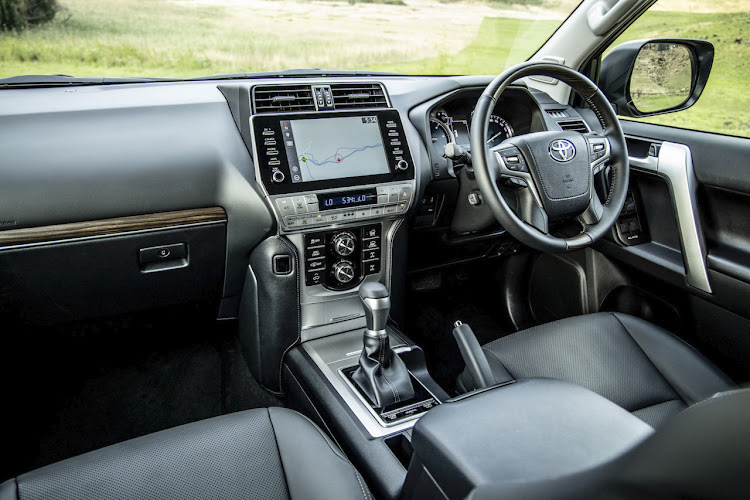 Yes, the seven-seater Prado is plush and luxurious, but in an old school way. Durable leather, fake wood trim, lots of toys – operated via lots of buttons and dials. When you activate the adaptive cruise control, the pictogram representing the “other” car ahead is that of a second-generation Lexus IS. It’s surprisingly endearing.

For the same money you could have a lighter, more sophisticated, nimbler, road-biased sport-utility vehicle from a German manufacturer. But there’s a reason people sign up for the robust charm of the Prado. And the frequent sightings of the model on our countryside jaunt spoke volumes. Lots of them had bicycles mounted on the tailgate. Thule roof boxes too. That well-travelled, outdoorsy lifestyle kind of look.

While the long-standing 4.0-litre, petrol V6 remains part of the line-up, the sensible choice would be the 2.8-litre GD-6 motor, which returned 8.9l/100km after a week and nearly 1,000km of driving. You’ll love the range afforded by the 87l tank. Try not to wince as the pump attendant reads out the amount on display when filling up. The four-cylinder, turbocharged-diesel engine produces 150kW and 500Nm, offering a beefy grumble whether you’re trundling up Van Reenen’s Pass in mist or forging a path through the dirt to the backdrop of forestry. You’re aware of the six-speed automatic doing its job – but again, if you’re after imperceptible gearshifts and a muted engine tone, shop elsewhere.

That said, the Prado has road manners that are more than acceptable. Off-setting most of the jitteriness associated with a body-on-frame architecture is a suspension system that employs hydraulic elements, for a more stable ride on tar. Shock absorbers with adaptive damping contribute to ride comfort. Being the range-topping VX-L version, our tester also featured what Toyota calls its Multi-Terrain Select (MTS) system, comprising five modes for surfaces including mud, sand and loose rock. A smart four-wheel drive system that sends torque to the wheel with the most grip on a slippery surface, plus two locking differentials (middle and rear), means you would have to actively try to get stuck. We never encountered snow, sadly, but the mud-mashing abilities of the Prado were put to the test, as you can see from the pictures.

It would be shorter to list what the Prado VX-L omits rather than the grocery list of features it packs, from seats that are heated and air-conditioned, to a refrigerated centre console that proved handy in ferrying back leftover lamb chops. And while that nine-inch touchscreen is on the grainy side, it is compatible with Android Auto and Apple Car Play.

We used the on-board navigation and beside certain speech quirks, it worked rather well. If you’re after a sport-utility vehicle that emphasises the latter part of the term, the Land Cruiser Prado does a commendable job. Real adeptness over tricky terrain, features and space aplenty, a famed reputation for dependability and inevitably solid resale value: no mystery why those who drive them look so smug.