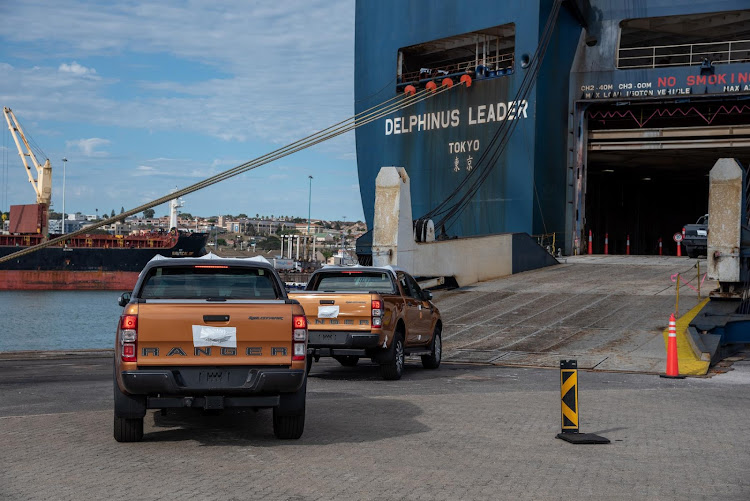 Ford SA has produced its 500,000th Ranger for the export market.
Image: Supplied

Ford SA confirmed on Wednesday that its Silverton assembly plant in Pretoria produced its 500,000th Ranger pickup for the export market at the beginning of September.

Exports of locally assembled Ranger models initially commenced in 2000 for the previous-generation model, but it was the 2009 announcement of a R3.4bn investment in Ford’s local operations that transformed the Silverton plant to build the current and, at the time, most advanced Ranger yet. The export-driven investment programme encompassed the Struandale engine plant in Gqeberha (formerly Port Elizabeth), which commenced production of the 3.2 and 2.2-litre Duratorq TDCi engines and components for domestic assembly and for exports to other Ford plants around the world.

The then all-new Ranger was launched in SA in October 2011, and has gone on to become one of the country’s best-selling vehicles, the leading light commercial vehicle (LCV) export and an important contributor to the success and growth of the domestic automotive industry and the economy as a whole. By virtue of its local vehicle operations, Ford SA employs around 4,300 people, and supports about 50,000 jobs in the total value chain. More jobs are on the cards resulting from the $1.05-billion (roughly R14,967,855,000) investment announced in February 2021 for the next-generation Ranger.

“Achieving 500,000 exports for Ranger is a fantastic milestone for the South African team,” says Ockert Berry, VP operations at Ford SA. “The investment and subsequent launch of the current Ranger in 2011 transformed our manufacturing operations and put SA firmly on the map as a high-volume single platform manufacturer for Ranger, both for the domestic market and, crucially, for exports to more than 100 global markets, including Europe where Ranger is now the top-selling pickup,” he concludes.

How the Chinese tycoon driving Volvo plans to tackle Tesla

"Do you know how big Volvo is?" asked Don Leclair, finance chief at Ford Motor Co. It was 2008, and Leclair was responding to an offer from a ...
Lifestyle
11 months ago