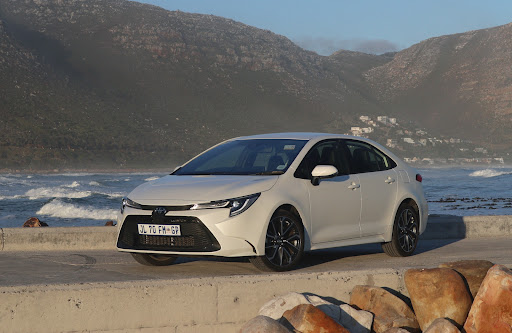 After 13 weeks and 7,221km it’s time to bid adieu to our long-term Toyota Corolla Sedan. And I’ve got to say that I’m kind of sad to see its tail lights fading into the distance.

For though the Corolla might not be the most exciting nameplate in the motoring world, this twelfth-generation model (the E210 for all you anoraks out there) proved to be an excellent piece of everyday driving kit that excelled in almost all disciplines.

And unlike so many of its dour predecessors, the E210 carries itself on the road with a significant amount of aesthetic panache. Indeed, wherever I went, JL70FMGP never failed to rake in praise. From random strangers sipping coffee in chilly N1 petrol stations to my Lotus Challenge rivals at a recent Zwartkops race meet, the Corolla had all manner of compliments thrown at it, thanks to its sleek, menacing proportions.

I know looks are subjective and all but I have to argue that Toyota did a fantastic job penning this car – one that proves form and function can coexist.

Styling aside, another commendable aspect is its dynamic aptitude. Toyota’s best-selling three-box sedan has always been a bit of a semi-damp squib through the twisty bits but here – thanks to the marque’s capable TNGA-C platform and a set of 18-inch alloys shod with low-profile 225/40 rubber – I found it to be the complete opposite.

Whenever I pointed JL70FMGP down a mountain pass (I sampled many when I visited the Western Cape in July) I was more often than not taken aback by how keen and eager it felt, with minimal body roll, tons of mechanical grip and a pointy nose always game on sniffing out the next apex point. 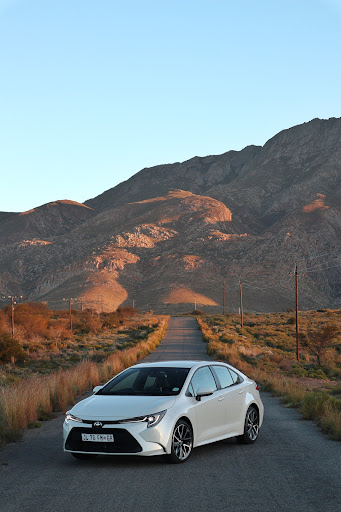 The author found that the naturally-aspirated 2.0-litre engine offered a good mix of performance and frugality.
Image: Thomas Falkiner

Complemented by direct and relatively feelsome steering, this Corolla Sedan is definitely something of a dark horse in the handling stakes: one that surely has the potential to raise the eyebrows of even the most hard-boiled “driving enthusiasts”.

And yet for all its corner-stitching talents, JL70FMGP remained a fine daily driver with top-drawer ride quality across most surfaces. This refinement was echoed in the cabin where Toyota clearly spent a lot of time engineering NVH levels to a minimum.

Apart from some relatively shrill road noise on certain grades of asphalt (most probably the coarser variety), there’s not much to get in the way of a conversation with your passenger – or the latest episode of your favourite podcast being piped through the excellent six-speaker audio system.

This makes it a fine whip for long-distance jaunts across the country. Ditto the capacious boot that swallowed all my luggage without having to distribute bits and pieces on the rear seats or in the rear footwells – something I found myself doing in the Prius I had on test earlier in May.

Many people were surprised to hear that Toyota chose not to fit its flagship Corolla Sedan with the 1.2-litre turbocharged engine you find in the Corolla Hatch. Heck, even I initially thought that speccing a naturally-aspirated 2.0-litre four-banger seemed like a step in the wrong evolutionary direction. However, after a few days at the helm, my opinion did a complete one-eighty as this M20A “Dynamic Force” motor proved to be a real honey: a free-revving, modern day anomaly that kind of reminded me of Honda VTEC lumps of old.

Capable of brisk performance and paired to a slick-shifting six-speed manual transmission (with electronic rev-matching) it also proved reasonably frugal in town and on the open road.

Gripes? There have got to be some, right? Well most of my issues here are directed at the features list. For a car costing nearly R450,000 I find the lack of heated seats, dual-zone climate control and automatic folding side mirrors rather disappointing. That the front armrest didn’t offer any adjustability (forward and aft) also got on my nerves during longer journeys. And though build quality was generally rock solid, the B-pillar plastics behind my right ear did pick up an annoying rattle from time to time.

Other than this there was precious little to find fault with. In a dying segment (Mazda recently announced that its Mazda 3 sedan will no longer be sold in SA), the twelfth-generation Corolla Sedan is the king of the heap: an attractive, immensely capable and well-rounded offering that can be all things to all people.

PRAISES: A perfect everyday steer that seems to do everything well

GRIPES: Missing a few key features, erring on the side of expensive. It’s gone!