These are SA’s hottest-selling SUVs 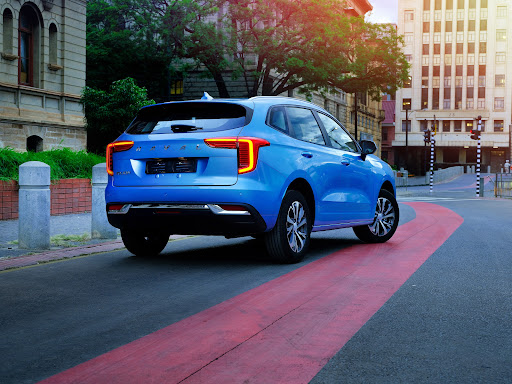 SA’s new-vehicle market continued to recover during September after the disruptions experienced in the economy during July.

According to the Naamsa Automotive Business Council, last month’s sales increased 15.8% to 43,130 units compared to the same month last year. Driving the market growth was the 30.5% gain in passenger car sales year-on-year, with SUVs and crossovers continuing their rise in popularity.

The best performing SUV was the Toyota Urban Cruiser, which was launched in SA earlier this year and had its best month to date with 1,827 sales. It was SA’s third most popular new vehicle in September and bumped the VW Polo Vivo into fourth place.

The Urban Cruiser sold four times as many units as its twin, the Suzuki Vitara Brezza, but Suzuki had a great month by being the third best-selling brand overall behind Toyota and Volkswagen - the first time the Japanese marque has achieved this feat.

Another car to shake up the September sales charts was the new Renault Kiger budget crossover, which was the country’s second best-selling SUV in its first month on sale.

The third most popular SUV was the recently-introduced Haval Jolion, which continues to perform well for the Chinese brand. In fourth was the ever-popular Toyota Fortuner large SUV.

Here were the top 20-selling SUVs and crossovers in September:

The 2021 South African Car of the Year (Coty) trophy was on Monday awarded to the striking Peugeot 2008 that launched locally earlier this year with ...
Lifestyle
2 weeks ago

Mazda’s rejuvenated CX-5 is on its way to SA

Volvo's refreshed XC90 range has touched down on SA shores. And although this luxury SUV looks more or less the same in the metal, there are some ...
Lifestyle
1 month ago

Renault's new compact crossover SUV, the Kiger, has at last touched down on SA shores.
Lifestyle
1 month ago

Hybrid cars haven’t exactly zoomed out of local showrooms, given their ability to provide strong performance with low fuel thirst. With rising fuel ...
Lifestyle
1 month ago

Shoppers at Cascades Lifestyle Centre in Pietermaritzburg were left stunned on Wednesday when a Ford Eco-sport landed in a stream.
News
1 month ago

The Nissan SUV in the workshop looks like it took several days to be worked on. It's finally time to start it up and return it to the owner. And so ...
News
1 month ago