Honda to launch new EV brand in China next year 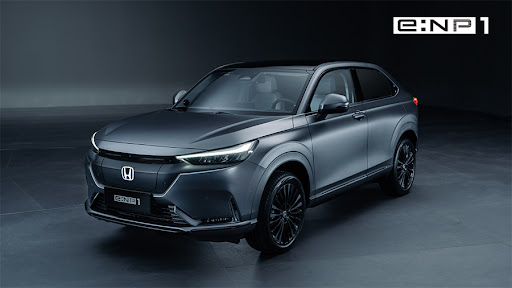 The e:NP1 will be one of the first electrified e:N Series vehicles to be made available in China.
Image: Honda

Japan's Honda Motor will launch a new electric vehicle brand in China next year, it said on Wednesday, and will only launch battery electric, hydrogen fuel-cell or petrol-electric hybrid vehicles there from 2030.

The new brand will be called “e:N Series” and it plans to roll out 10 models with partners GAC and Dongfeng Motor over the next five years, Honda said.

Its two joint ventures, GAC-Honda and Dongfeng-Honda, plan to build new EV-only assembly plants that are expected to begin production in 2024.

REVIEW | Smooth-riding 2021 Honda Fit is a champion of practicality

With its new-generation car launched in SA, Honda broke with the Jazz name and adopted the global Fit nameplate. Aside from the new guppy-eyed ...
Lifestyle
2 days ago

The planned new models will use a new vehicle operating system and are being developed based on an auto product platform designed for electric vehicles.

Honda will set up an e:N Series section in all its existing retail stores.

Over time, Honda also plans to set up dedicated e:N Series retail stores but did not provide detail on that plan.

China's sales for electric, plug-in hybrid and hydrogen fuel-cell vehicles are expected to reach three-million this year, the China Association of Automobile Manufacturers said on Tuesday.

Honda will continue to sell existing petrol-powered models even after 2030, it said.