VW gets reality check after Tesla’s week of milestones 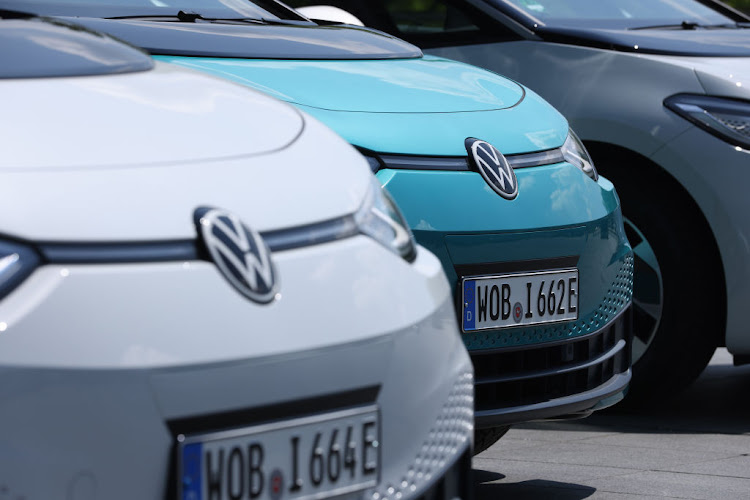 It's been a sobering week for Herbert Diess' electric vehicle ambitions.

While Tesla joined the trillion-dollar (roughly R15,233,530,000,000) club, received a landmark order from Hertz and set a new sales record in Europe, the Volkswagen chief presented a sales and deliveries outlook cut and a drop in quarterly profits that drove home one point: dethroning Elon Musk as the king of electric vehicles (EV) has got a lot harder.

“The recent achievements of Tesla are sending a clear message," Diess told analysts during a call on third-quarter results on Thursday that ended up being mainly about Tesla.

“We have to prepare for a new phase of competition."

GM takes on Tesla with plan to double revenue by 2030

Mary Barra’s  financial targets of about $244bn in ten years are the latest push in her campaign to convince investors that General Motors, not ...
Lifestyle
1 month ago

A long-time admirer of Musk, Diess this year cranked up the pressure and outlined plans – including setting up six large battery factories in Europe – aimed at overtaking VW's US rival as the world's top EV seller by 2025.

And with Tesla worth almost eight times as much as VW while selling just 5% of the cars, and its Model 3 becoming the first-ever EV to lead monthly European sales, at this stage it's more about keeping up, not catching up.

To make matters worse, Musk will soon start producing cars at Tesla's state-of-the-art plant in Gruenheide near Berlin, taking the battle for global car dominance to Germany, where some of the first automobiles were invented.

Diess, 63, who has steered the carmaker out of its Dieselgate emissions cheating scandal, said this will force local heavyweights to significantly raise their game to stop falling further behind.

“Tesla Gruenheide is for us for sure a new reference, setting new benchmarks when it comes to speed, productivity, also lean management and we have to adjust ourselves to that," he said during a call with reporters.

A contract worker has won a $137 million jury award over workplace racism against Tesla Inc, raising pressure on the electric vehicle maker whose ...
News
1 month ago

Keep your friends close, but your enemies closer

Diess, who years ago got an offer to lead Tesla, has repeatedly singled out Musk's success at the EV pioneer which has disrupted the auto industry's established ways and whose $1 trillion valuation dwarfs that of Volkswagen.

Diess, who became Volkswagen's CEO in 2018, even invited Musk to speak to his managers this month, seen as a move to put pressure on senior leadership to move more quickly to catch up with the US carmaker.

A central part of that push will be Volkswagen's Trinity project, under which the carmaker wants to build a flagship EV sedan at its Wolfsburg plant from 2025/26 and turn the factory into a challenger to Tesla's Gruenheide site.

This plan includes cutting the time it takes to assemble EVs to about 10 hours, Volkswagen CFO Arno Antlitz told Reuters, about the same time it takes Tesla to build its Model 3.

With the uptake of electric vehicles (EVs) fast increasing in leading markets across the world, it’s worth exploring how South Africans feel about ...
Lifestyle
1 month ago

It's also clear that this will mean fewer jobs, which carries the risk of lengthy and painful battles with labour representatives, who traditionally have wielded significant power at the world's second biggest carmaker.

Earlier this week, Volkswagen's new labour boss took Diess to task for being too focused on investors and not invested enough in the workforce, which is concerned that the EV switch will cost tens of thousands of jobs.

CFO Antlitz said that even though both management and workers may agree on the need to overhaul Wolfsburg, he acknowledged that finding common ground could be challenging.

“Of course there's the question, as usual, on 'how do we get there' but I'm convinced that we share this same vision with the works council."

When asked for comment, a spokesperson for Diess referred to his remarks made on Thursday. Spokespeople for Tesla in Germany were not immediately available for comment.