The new kit adds only 260kg of weight to the car and can withstand an AK 47 gunfire. 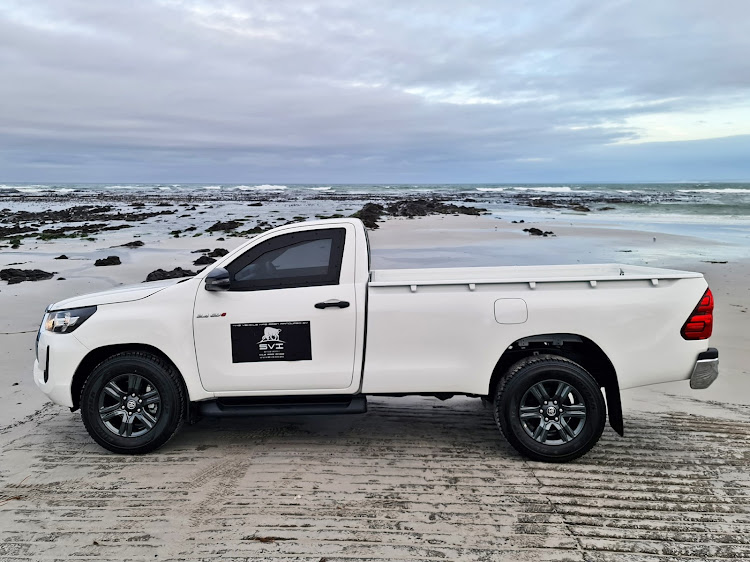 SVI Engineering, specialist manufacturer of armoured products, has developed a new B4+ Stopgun V2.0 Lite package for the Toyota Hilux range. Slotting in just below the B6 Stopgun V2.0 kit, this is a cost-effective lite package aimed at SA's security forces.

The B4+ armouring components add only 260kg of protection and offer protection against handguns and rifles up to 7.62x39mm, including the AK47.

The semi-discreet kit is available for single, extended and double-cab variants of the Hilux bakkie. The cabin armour takes about four weeks to prepare and three weeks to install, with the vehicle remaining entirely serviceable at the agent. The lower overall mass is achieved through the use of special armoured steel plating that measures 3.5mm thick compared to the 5mm plates used in the B6 version, which adds 400kg. Likewise, the flat ballistic glass bolted into each window frame is thinner, coming in at 32mm rather than up to 40mm in the case of B6.

The Lite package features unobtrusive integrated door armour supported by heavy-duty door hinges. Gunports are a standard items but can be deleted at no extra cost.  According to Nicol Louw, business development manager at SVI, the Stopgun V2.0 Lite kit also means the Hilux’s curtain airbag remains fully functional. He also says the kit is earmarked for escorting valuables in transit, responding to emergencies or patrolling high-risk areas.

“Though the B6 Stopgun V2.0 package offers the ultimate ballistic protection, our new B4+ Lite kit is an ideal alternative for companies operating in areas dealing with a slightly lower ballistic threat level,” concluded Louw.

WATCH | Delve into the technology of the new Ford Ranger

The next-generation Ford Ranger is set to launch later in 2022. Built to rival the Toyota Hilux, Nissan Navara and Isuzu D-Max, this hotly ...
Lifestyle
3 months ago