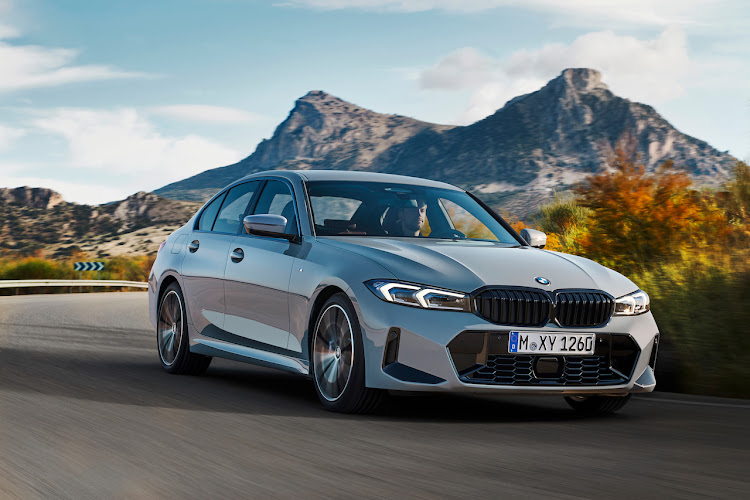 The new 3 Series gets revised front and rear bumpers plus a slimmer set of headlamps.
Image: Supplied

BMW has updated its G20-generation 3 Series with a host of styling and technology tweaks.

Exterior upgrades are largely subtle and take the form of a redesigned front apron with larger air intakes sporting a gloss-black finish. The car's kidney grilles have been updated and are now flanked by a pair of slimmer LED headlamps fitted with integrated daytime running lights in an inverted L shape. Adaptive LED headlights are available as an option.

Other cosmetic updates standard across the range include a fresh set of 17-inch alloy wheels, M High-gloss Shadowline trim as well as a restyled rear bumper that, depending on the engine variant, houses exhaust tailpipes ranging in size from 90mm to 100mm. Customers can also choose to fit the M Sport package or new M Sport package Pro. 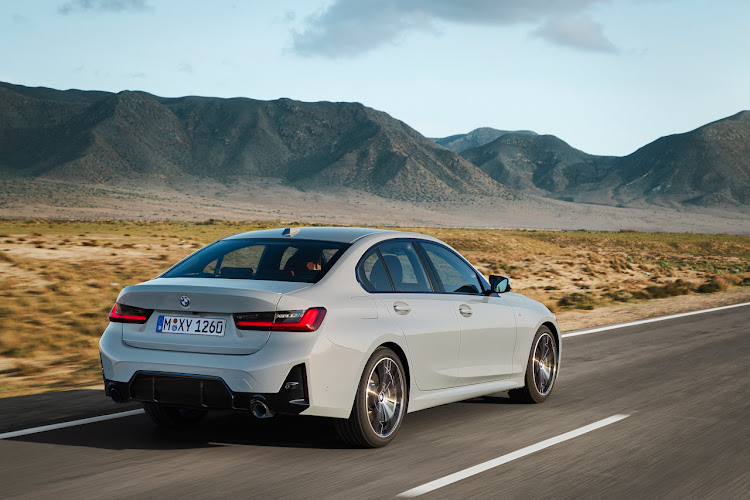 Exhaust tailpipes now vary from 90mm to 100mm in diameter depending on the engine derivative.
Image: Supplied

Opt for the former and BMW will bolt on more aggressive front and rear bumpers, kidney grilles with a honeycomb finish and 18-inch M lightweight alloy wheels with mixed-size tyres. Pick the latter and the sporty feels are amplified with extended M High-gloss Shadowline trim, M lights Shadowline as well as M Sport brakes with red calipers.

The interior of the new 3 Series has been treated to a fairly comprehensive overhaul, with a new dashboard design built specially to accommodate the BMW Curved Display as seen in the all-electric i4. Here, a 12.3-inch digital instrument cluster merges seamlessly with a 14.9-inch touchscreen infotainment system, creating a single high-resolution unit. Running the firm's latest software, this cutting-edge system has allowed BMW to cut down on the number of physical buttons cluttering up the dashboard and centre console. 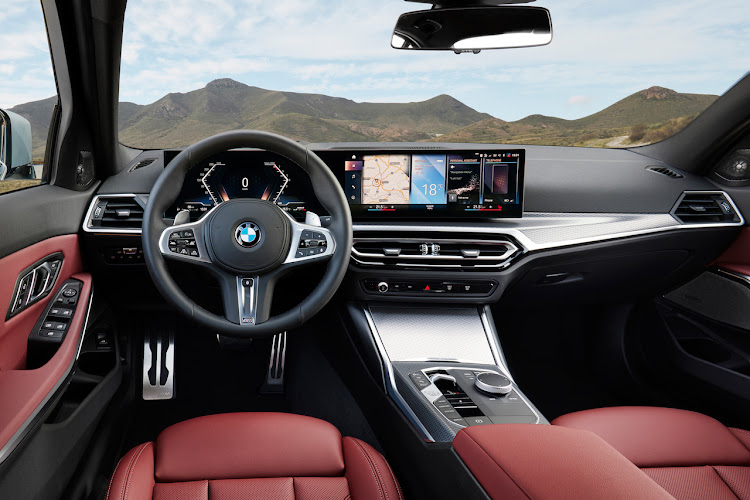 Things such as the ventilation controls have been integrated into the infotainment system, which means the cabin now exudes a cleaner and more sophisticated air. Even the gear lever has been replaced with a smaller notch-style selector. However, for those averse to smudging the touchscreen, BMW has included a mechanical click-wheel controller between the seats that allows you to quickly access all menus and settings.

Standard specification has been adjusted and now features three-zone automatic climate control as standard equipment. This is complemented by an extended storage package, front and rear park distance control and BMW Live Cockpit Plus including BMW Maps.

There are no changes to the car's chassis or powertrains and the local line-up should soldier on as is, meaning you'll be able to pick between the 318i, 320i, 320d, 330i and flagship M340i. Pricing isn't expected to change much. However, BMW will communicate adjustments closer to the new 3 Series' local launch towards the end of the third quarter.

BMW has dropped some tasty technical nuggets on its soon-to-be-released (but still heavily camouflaged) XM SUV that has apparently just finished its ...
Lifestyle
1 month ago