2023 Mercedes-Benz GLC is ready for markets

The mid-tier SUV gets a raft of enhanced luxury and safety items, and all the engines get electrification 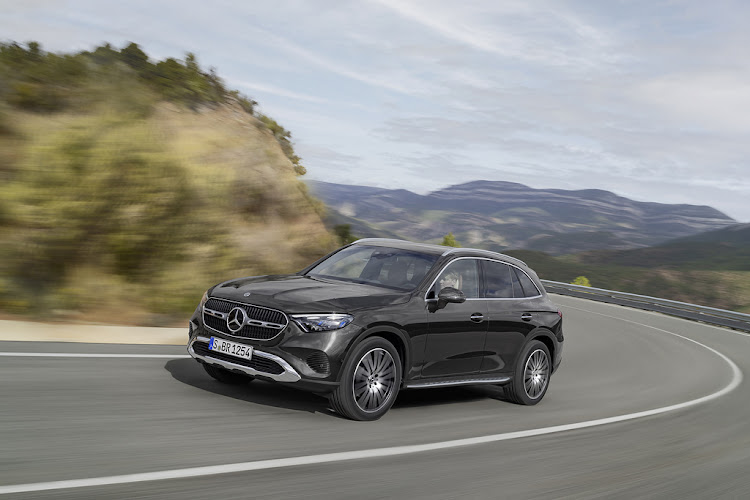 The Mercedes-Benz GLC has been enhanced for 2023 with numerous items, including new style headlamps.
Image: Supplied

The new GLC, the Mercedes-Benz rival to the Audi Q5, BMW X3 and other premium mid-size SUVs, has hit European markets.

As with the new C-Class, standard equipment lines start with the avantgarde trim with chrome appliqué sections on the exterior, underride guard in chrome at the front and rear, roof railing in polished aluminium and optional running boards. Other highlights include the new headlamps, which connect directly to the radiator grille. With the digital light option ticked off, they feature daytime running light ellipses.

Avantgarde specific highlights in the interior include seat design and contemporary door trims. The model also benefits from the latest generation of the MBUX infotainment system with two large displays, and the voice assistant “Hey Mercedes” has become more capable of dialogue and learning. Also new to MBUX is the “Tourguide” travel guide. As part of the “MBUX Voice Assistant” from Mercedes, the audio “Tourguide” adds an  entertaining feature to the previous travel information functions.

In response to the voice command “Hey Mercedes, start Tourguide”, the MBUX infotainment system reads out extensive information about points of interest along the route. The system that is initially used exclusively in Germany, but will later be rolled out in other countries, responds to the about 3,400 brown signs along German motorways. Furthermore, with the MBUX Smart Home function customers can link their GLC to their smart home system, turning it into a mobile control centre for the home as well.

These were SA’s best selling SUVs in June

Crossovers and SUVs have become the country's most popular market segment, and here were last month's winners
Lifestyle
1 month ago

Power-wise the new GLC engine range has four-cylinder petrol and diesel units combined with an electric motor. The mild hybrid units use a second-generation integrated starter-generator or plug-in hybrids with a system output of up to 280kW and up to 750 Nm, use a 100kW synchronous motor. All plug-in hybrids have a pure electric range of more than 100km, including on rough terrain thanks to a new off-road programme.

An 11kW charger is fitted as standard on the plug-in hybrid models for charging from the domestic AC mains or the three-phase Wallbox. The GLC’s chassis is reconfigured with new four-link front suspension and multilink independent rear suspension. Airmatic air suspension is available as an option and optional rear axle steering. 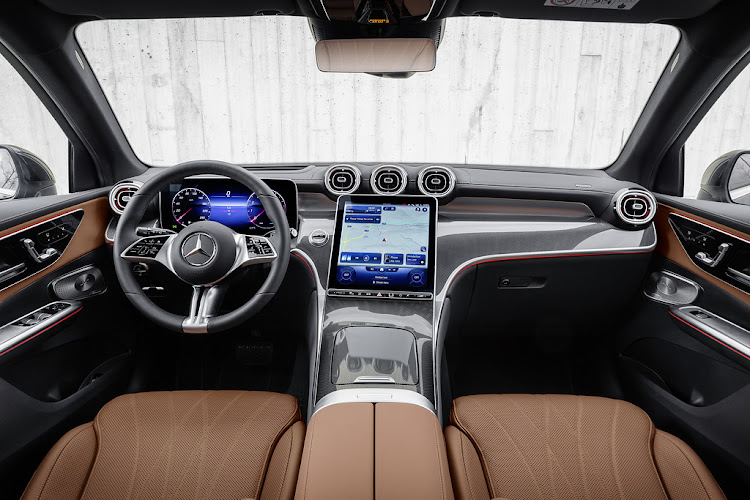