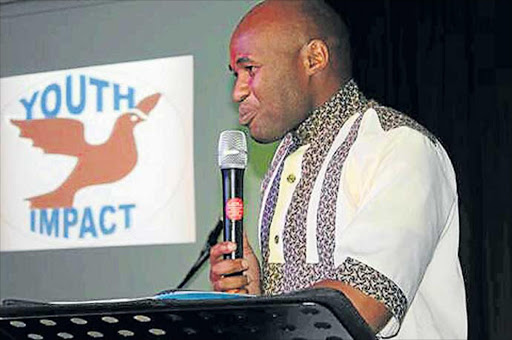 160720hero1
Lusizo Mathafeni, a 27-year-old man from Duncan Village, has committed himself to bringing hope to the youth of area who live in a community where substance abuse is the norm and unemployment very high.

Mathafeni who works as a life coach at the Duncan Village transformation project headed by Laurette Mkati, started Youth Impact EC, an outreach programme that has been reaching out to unemployed youth weekly.

The aim is to inspire and motivate them to stay in school, and encourage those who had dropped out to go back to school.

The organisation was first launched in October 2012 at Byletts Combined School, where Mathafeni did his schooling.

“Our meetings are all about provoking thought and engaging in constructive discussions which can help those that are lost discover who they are and what they want in life, once they have established their interests, it becomes easier for me to guide them on how to take steps towards their dreams,” he said.

Mathafeni said he discovered that the youth often felt neglected and did not have anybody to push or listen to them which was why he provided a platform for people to express themselves.

“They need to know that somebody cares and that there are people out there that are willing to help if they also make an effort.

“Where there is no vision people will perish,” he said.

Phelelani Deki, 27, who matriculated in 2006, had no ambitions to study further and was living off piece jobs. His life changed after he attended one of Mathafeni’s meetings which he said inspired him.

“After seven years of doing piece jobs and having no direction in my life I decided to attend one of Lusizo’s meetings and he opened my eyes and fed my soul. I am a different man know because of him and what he is doing.

“He helped me go to Buffalo City College where I studied a diploma in civil engineering. Next year I will be graduating,” he said.

Deki said he found purpose in his life and gained confidence in himself.

“He unleashed someone new in me I never knew existed,” said Deki who also joined the movement to help other lost youth.

“Lusizo has an energy about him and he sees life in a positive light, which is why I have decided to keep him part of my life. His door is always open to those in need.”

Lusanda Mathafeni, 31, who is now married to Mathafeni said she was also a beneficiary of the programme and that it had helped her grow spiritually. — mbalit@dispatch.co.za