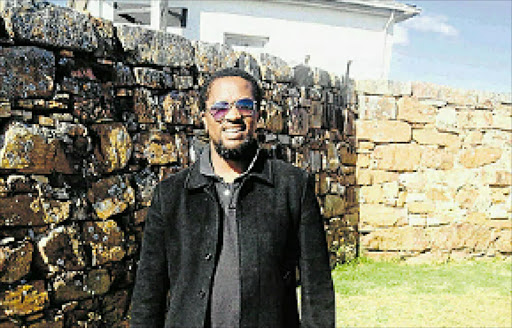 GIVING BACK: Mavo Solomon turned his back on his career as a chemical engineer to take up his calling of teaching mathematics to pupils in disadvantaged schools across the Eastern Cape.
Two years ago Mavo Solomon traded his lavish career as a chemical engineer in Johannesburg to invest maths skills in pupils across the Eastern Cape – and he has never looked back.

Solomon, 42, went back to his birthplace of Komani and began teaching at his old schools, townships and surrounding areas.

He has since spread his wings and teaching skills to other small towns across the province.

For him, the call to serve pupils in high schools who needed maths lessons became greater than the comforts of his job.

The math’s teacher has a master’s degree in engineering from the University of Cape Town.

He began his engineering studies in Port Elizabeth, and he said his love for helping pupils dated back to his early years as a university student.

“I have been a mathematics tutor since my undergraduate days at Vista University in Port Elizabeth as far back 1993, tutoring matriculants from surrounding townships in PE as part of a university project.

“I was primarily a physics tutor but on occasion I would tutor mathematics.

“Then at UCT I was a mathematics tutor to the historically disadvantaged students who were registered as engineering students.”

Since returning to the Eastern Cape, he has worked with pupils from villages in Komani, Port Elizabeth and Whittlesea.

He is currently tutoring pupils in Grades 9, 10 and 11 from Mooiplas. He intends to move to Willovale to share his skills with pupils there.

“I believe that the best way to promote maths is by having industry experts share their insights into the subject.

“I have acted as a substitute teacher when grades at a school did not have a teacher.

“The kids I had interaction with, even sometimes little, are mostly in varsity now and still call me up to assist them with university work in physics and mathematics. I am proud of those continued relationships,” he said.

Solomon said he would love to see a significant improvement in maths and physics outcomes in high schools in the province.

“Our numbers are too low. Hopefully, as the numbers increase, we should also be seeing more quality outputs from Grade 12 in mathematics.

“I grew up in a community in where we used people’s houses and church building as schools. I want to help bring some of that community involvement back.”

He said he would love to see more pupils from the Eastern Cape take on careers in science, medicine and engineering.

“I would like to see the Eastern Cape pull out of the doldrums of academic performance in mathematics and the sciences and I am grateful that I’m able to set pupils on the path for better knowledge and a chance at rewarding and interesting careers.

“The more these pupils take on these careers, the happier I will be.” — nonsindisoq@dispatch.co.za