Mom ensures kids are not hungry going to school

We know that hungry tummies can lead to distracted pupils, but this is a sad reality for many South African children. 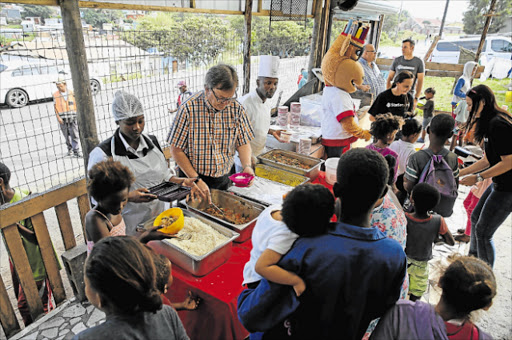 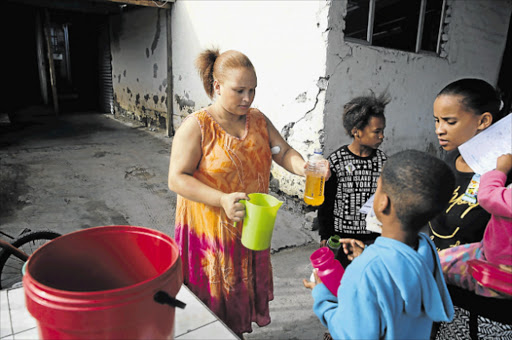 For a Parkridge mother the thought of a child arriving at school hungry was more than she could bear and so 20 children, who might otherwise go without, come past her house every morning for breakfast and a packed school lunch.

Despite having her own five-year-old son to look after, Donae Carelse Goosen wakes at 3.45am every day to prepare breakfast and lunch for the children and leaves her neighbour Ernest Allison to hand them out while she dashes to catch her lift to work.

“I know where the children come from – I can relate as my father was a drug addict but thank God he is now saved and has been clean for over 20 years. But this is why I do what I do.

“The majority of the kids live with grandparents and some of their parents are drug addicts.

“I use money out of my own pocket to make them lunch. When you start something like what I do here, there is no turning back,” she said.

On Saturdays, Goosen hosts a soup kitchen to feed hundreds in her community.

She decided to start the food drive in 2014 after her neighbour, who had been retrenched, complained about not having lunch to give to her kids to take to school and the local primary school having been vandalised to the extent that its feeding scheme was not functional.

Every Saturday the pre-school teacher extends her weekday scheme to feed over 400 people with the help of two of the three 2017 Daily Dispatch/Johnson & Johnson local hero business award recipients, PnA Stationers and Premier Hotel Group.

Elfonzo “Tiekie” Gysman, 35 who has been unemployed for three years, was also there for breakfast before heading out to look for a job.

He commended Goosen’s contribution to the destitute community.

PnA Stationers owners Gussie and Darrel Eberhardt are involved in a number of charity projects, especially those to do with young children, and they have teamed up with Goosen to supply her daily breakfast project with ingredients like sugar, porridge, tea and milk.

“We just want to better people’s lives and give back. We just love babies,” Gussie said, adding that they had just adopted a three-year-old.

Group food and beverage manager for Premier Hotel Group Bruce McKay said they wanted to help continue Goosen’s project, which she had already started when they got involved in April last year. This contribution allows Goosen’s project to feed over 400 people a nutritious meal every Saturday.

“We make sure that we bring them a starch and a meat casserole.

“It makes us very happy to know that we can give them at least one hot meal a week,” he said.

A love of children is the main reason Goosen continues to do her part in the community, and her helping hand embraces the needy people of Parkridge at large.

Allison, who assists with the handing out of the food during the week, also helps organise the long queues on Saturdays.

“I am happy to help – Donae needed someone to help her, and her father spoke to me about helping and I was happy. I don’t expect money from her,” he said.

Goosen’s current challenge is a lack of space because she is based at her house which is situated along a main road and there are fears that the children might get knocked over by vehicles passing by. She would like to find a space where she will also be able to get the kids off the streets by providing them with a playground.

On Fridays she offers a Christian youth programme that includes Bible study, “stay awakes” and other activities. — lisekhom@dispatch.co.za