It’s that time of year when the Daily Dispatch, in partnership with Johnson and Johnson, rolls out the red carpet for some of the city’s inspirational social entrepreneurs who have taken it upon themselves to empower those in need. 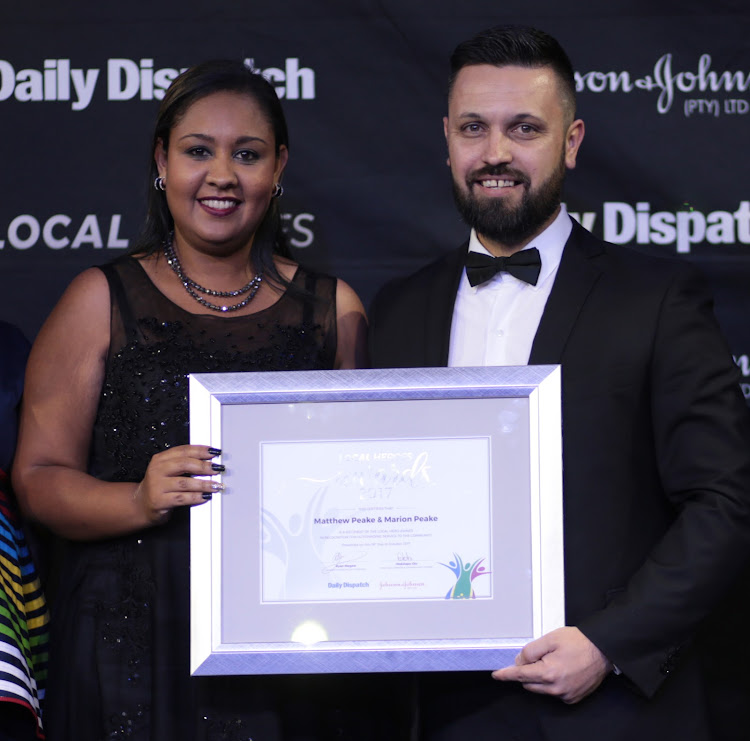 Matthew and Marion Peake receive their awards at the 2017 Local Heroes Awards ceremony.

Local Heroes Awards, in their fourth year, were founded by the Dispatch in a bid to celebrate people who do their part to build their communities, through donating time to collecting food or clothes for those in need.

Last year’s award winners, Marion Peake of Helping those in Need and Elaine Brenkman of Guardians of Hope, are on the panel of judges to select this year’s top 12.

Peake and Brenkman said the recognition and awards had been life-changing.

Peake, 33, a mother of two, said the recognition was reaffirmation that her work had an impact on many people.

“The recognition was very humbling and exciting in that it has raised more awareness about the work that we do, and it has given me so much credibility,” she said.

Peake said she was humbled to sit on the panel of judges who would select the top 12 local heroes of 2018. 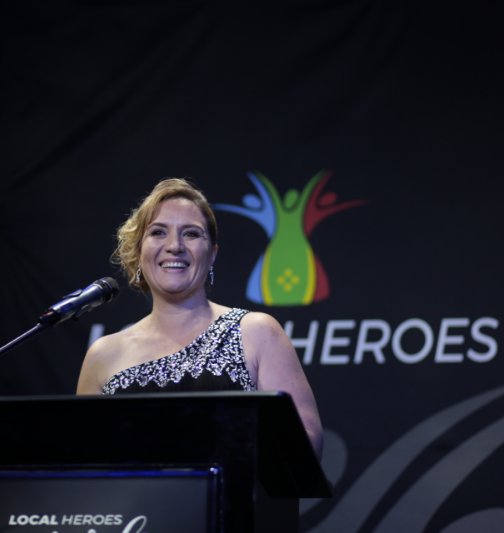 Elaine Brenkman of Guardians of Hope at Local Heroes 2017

“It has been a great honour and very uplifting to see so many people still doing amazing work in our communities, especially with a lot of focus on children and education,” she said.

Peake was diagnosed with stage 3 cancer on May 14 and had to have a double mastectomy in June.

She said: “In biblical terms a mother is supposed to nurture her children with her breasts, but for me it has been through my work.

“The local hero campaign has put me in the limelight to make a bigger impact and attract awareness about the the needs of the people I help.”

Daily Dispatch marketing coordinator for events and promotions Mandy Pretorius said the top 12 were selected from a pool of more than 40 local heroes who were celebrated in the newspaper this year.

“With only a few more days to go before we honour our top 12 local heroes, there are still tables and individual seats available for the evening of October 25,” she said. Pretorius said this year’s event will be hosted by renowned media personality Elana Afrika Bredenkamp, who is no stranger to corporate social investment work.

The event starts at 6pm. Proceeds will go toward supporting the local heroes’ causes.