Double delight for one of our heroes 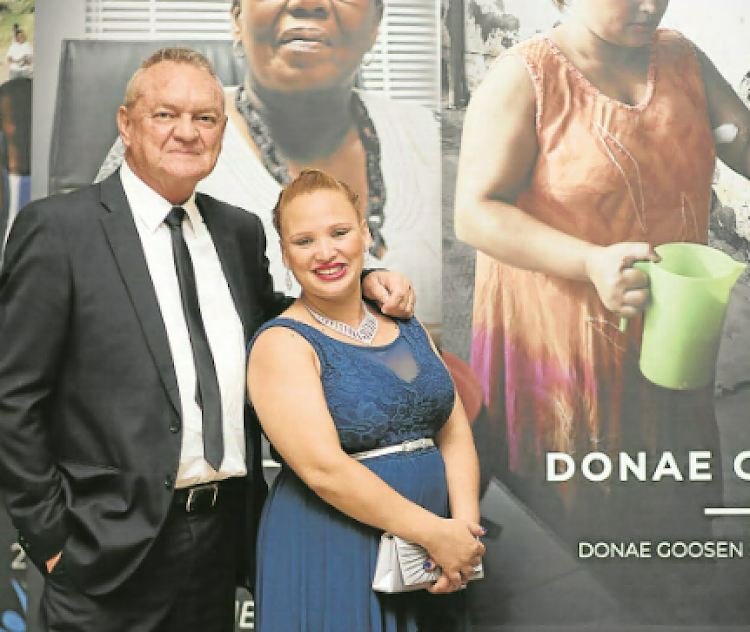 While the Daily Dispatch and Johnson & Johnson Local Heroes Awards ceremony saw 12 selfless people each get recognition and R10,000 for their projects, one hero walked away with an extra R10,000 and a grateful heart.

Donae Carelse received a generous donation from local businessman Gordon Thompson on behalf of his company at the end of the night, giving Carelse a newfound sense of hope.

“I don’t even know how to begin to say thank you. Thank you doesn’t feel like enough, but it’s all I can do,” said Carelse who runs a soup kitchen and feeding scheme in Parkridge and surrounds.

Thompson is the general manager at Isringhausen in East London, but has dedicated much of his time and efforts to worthy causes and local community projects.

He is a former Border-Kei Chamber of Business president and chairs the St Bernard’s Hospice board, as well as serving as a board member of the Gately Club of Rotary.

“To see what Donae is doing out of her own pocket is amazing. Her video shown at the Local Heroes Awards event just tugged at my heartstrings,” said Thompson.

He said Isringhausen would give Carelse the donation in the form of grocery vouchers for her project.

“For a big company, R10,000 isn’t all that much, but for her and all the children she feeds, it could really make a big difference,” said Thompson.

“The recognition and support I’ve received just by being a Local Heroes finalist is amazing and it gives me so much hope,” said Carelse, who hopes to use some of the funds to throw a Christmas party for the elderly people in her community.

“The more people who come on board, the more children I can feed. If I receive enough support, there won’t be days when I have to tell the children there is no food and being a Local Hero has shown me there are so many people willing to support us.”

Inspiring change while being themselves

Debbie Kleinenberg: CHOC She has offered psychosocial and emotional support, transport, meals and accommodation to children with cancer and their ...
Local Heroes
3 years ago