More than 200 animals have found sanctuary at the Pet Pals shelter, and founder Sue Kriel has dedicated the last nine years to giving an abundance of tender love and care to every animal that is brought to her.

After realising the need for an animal sanctuary, Kriel founded Pet Pals in 2011.

Since then, the animal lover has saved countless animal lives.

From dogs that are covered in mange crusts and severely dehydrated, burnt, beaten, wounded or unable to walk, to those on the brink of death,  Kriel has worked tirelessly to turn them into healthy, happy and playful pooches.

“I don’t care what condition they come to me in, I will work with them, nurse them and I won’t give up hope,” said Kriel, 63,  who has vowed to give every animal a fighting chance. 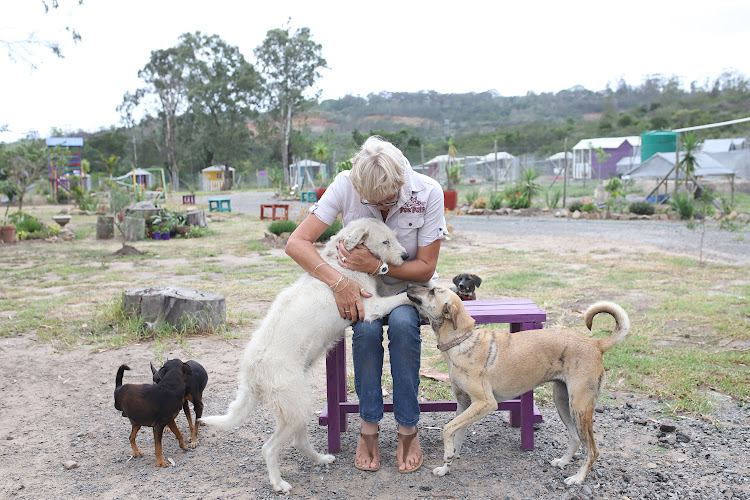 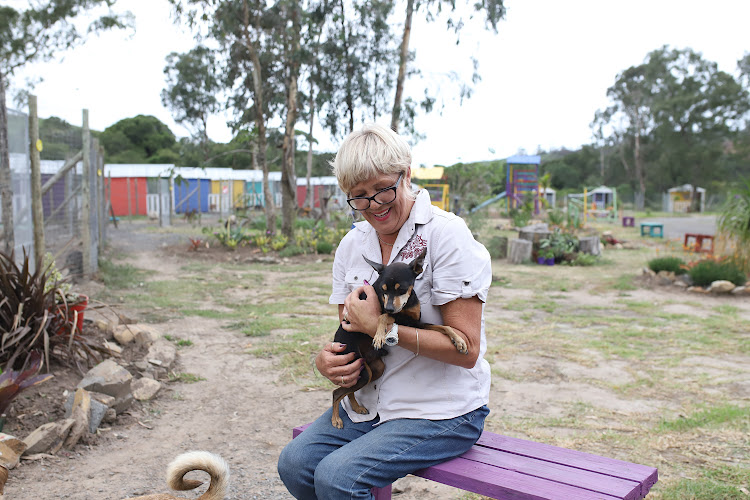 Honestly, some days I don't know what keeps me going. We get animals that come in such a terrible state sometimes, but then to see them run around happily just five weeks later is the most amazing thing

“Honestly, some days I don't know what keeps me going. We get animals that come in such a terrible state sometimes, but then to see them run around happily just five weeks later is the most amazing thing.

“The animals themselves keep me positive. I have to keep going and keep helping them where I can.”

It is a safe house for abandoned and mistreated animals.

As a no-kill animal shelter, Pet Pals does not euthanise any animals unless they are suffering from fatal illnesses or wounds.

Previously nominated as a Daily Dispatch and Johnson and Johnson Local Hero in 2019, Kriel’s continued dedication to pets in need has scored her another nomination and over the last year the sanctuary, under Kriel’s leadership, has continued to succeed.

“We’ve had a lot more abandoned animals in over the last year. There has been a big influx so we’ve had to extend and put six more kennels in and four kitteries for the kittens.

She said the shelter was also in the process of getting its own clinic up and running.

“We’d like to have a clinic on the grounds so we can get sterilisations done on site instead of having to transport animals to and from the vets that assist us.

“We had a state vet help us set up a bit at the beginning of the year,” Kriel said.

“Unfortunately with the lockdown we've had to put our plans on hold. We still need a vet to help us finish the registion process for the clinic.

“At the moment animals are also not being adopted and we’ve also got a lot of sterilisations coming up, but most vets are only open for emergencies during this time. It’s been very challenging for us.”

Kriel said she hoped to have an educational centre running at the shelter in future.

“We want to get schools involved and have a place where children can learn how to care for and handle animals correctly.”

She said despite the tough times, the public had continued to support Pet Pals over the lockdown.

“We are so grateful to everyone who has continued to donate money and who donated food before the lockdown.

“Obviously no-one is allowed to come by and volunteer at this time so it’s been a bit confusing for the animals.

“We usually always have helpers walking the dogs and playing with the animals.

“Our management team and staff members, who live on the property, have put in a lot of effort over this time as well.

“Without them we wouldn’t be running so smoothly,” Kriel said.

She said the public’s continued support had kept everyone at the shelter going over the last two weeks.

“It’s so nice to have East London’s support.

“All the messages of encouragement and the donations we’ve received  have been a big help.

“To know that people are thinking of us during this time makes us realise we have to keep going and doing what we can for the animals,” Kriel said.