Decade of devotion to thousands of stray, injured pets 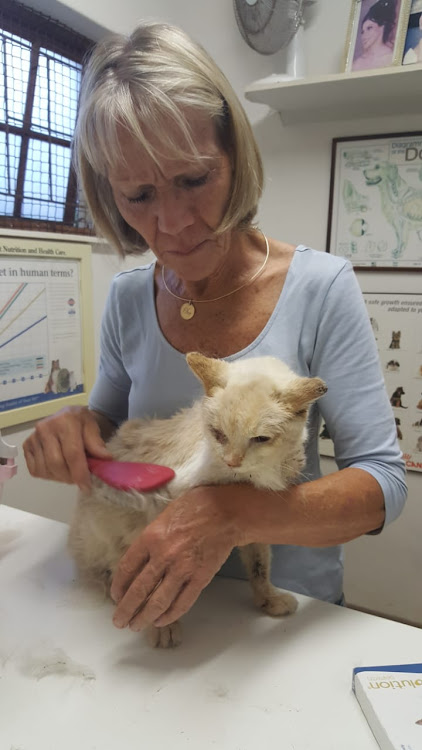 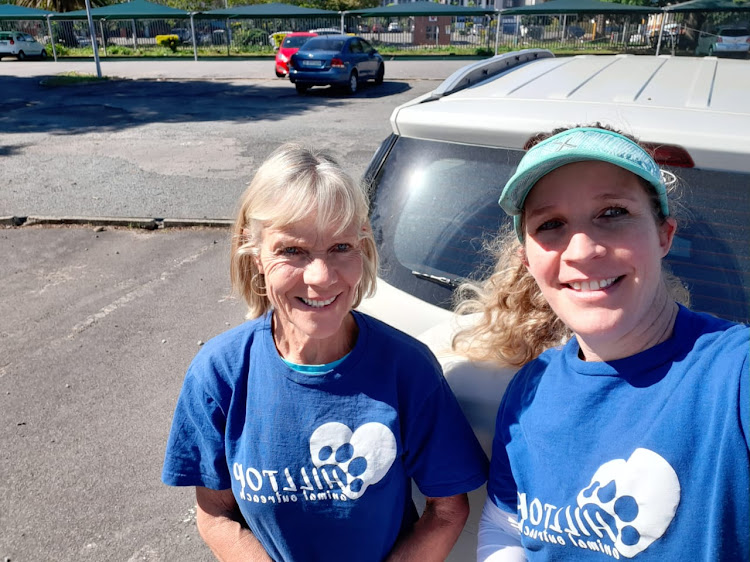 After picking up a stray dog in need on the North East Express Way 12 years ago, mother and daughter Sue Kietzmann and Jenny Krause have been on a mission to help as many animals in need as they can.

Establishing the Hilltop Animal Outreach NPO in 2010, the pair have spent the past decade helping stray, injured, hungry and neglected animals.

From running feeding and sterilisation programmes in Nomphumelelo and Mzamomhle to medicating and feeding feral cat colonies and rehoming stray animals, the pair turn no animal in need away.

“I started volunteering and walking the dogs at the SPCA every day after I brought that stray dog in. I just couldn’t leave it there,” said Kietzmann, 65, who is a former maths and science teacher.

“Jenny got involved too and when we saw the number of animals coming in we decided to try to start our own thing.”

Since 2010, Hilltop Animal Outreach has grown to a group of seven volunteer fosters who have helped hundreds of animals.

Kietzmann has also made it her mission to feed and medicate feral cat colonies in areas including Cambridge, Southernwood at Frere Hospital and the Gonubie Caravan Park.

Come rain or shine, Kietzmann does her feeding rounds twice a week, helping more than 400 feral cats. She goes through 90kg of cat food a week.

“Whenever I go to Frere the security guards call me ‘Mama cat’,” quipped Kietzmann, who knows each little whiskered face. “Feral cats have the hardest time. I started feeding and trying to help the colony at Frere first when I heard about their plight. It grew from there.

“The cats all know my car now and I can interact with all of them. We’ve also managed to trap, sterilise and release almost every cat in the various colonies and rehomed many kittens,” Kietzmann said.

Your dog can be groomed, but forget about a ribbon

Stop tearing your hair out if your pets are looking disastrous. They can be groomed, conditionally
News
8 months ago

Krause, 40, explained: “Before sterilising and releasing or rehoming, deworming, vaccinations and FIV (Feline Aids) tests are done on each cat so when we do release or rehome them we can be sure they are healthy and will not infect other cats.

“Our main focus is our sterilisation drives, but Hilltop has grown so much over the years. We feed, medicate, rehabilitate and rehome animals constantly. Just this year we’ve managed to successfully rehome 72 cats and dogs.”

From sick kittens found stranded in gutters to stray dogs hurt or run over on the street, Kietzmann and Krause are the women to call when there is an animal emergency.

“The Aloe vet clinic, Wild Coast vet and the Nahoon vet help us extensively. They are amazing and when we have an emergency, they do everything they can to squeeze us in,” said Krause who receives calls day and night.

Cats can catch Covid-19, but they can’t pass it on to humans, study finds

Humans can give it to cats but cats can’t give it to humans, so infected people are urged to avoid feline contact
News
8 months ago

While the pair have many success stories, Krause said there were many heartbreaking cases as well.

“It’s very hands-on work and it can be very emotionally draining. You can’t always save them.”

Kietzmann said despite the challenges, it was difficult not to keep going.

“Once you start, you just can’t stop,” Kietzmann said.

Lauren Footman, who has been a devoted foster mom volunteer at the organisation since 2018, said Kietzmann and Krause put a great deal of love and passion into every case.

“Jenny is always on the go and visits every foster regularly offering extra blankets, food, medication for the cats and dogs in our care whenever needed, and Sue is such a special person. I know for a fact there are days when it’s freezing and raining and she is out feeding her feral cats,” said Footman.

“They take in the worst of the worst, the very sick, abused, neglected animals and the amount of care they give to each animal and help to each foster mom is incredible. I’ve really enjoyed working with them.”