Big-hearted nurse ‘called’ to take care of others 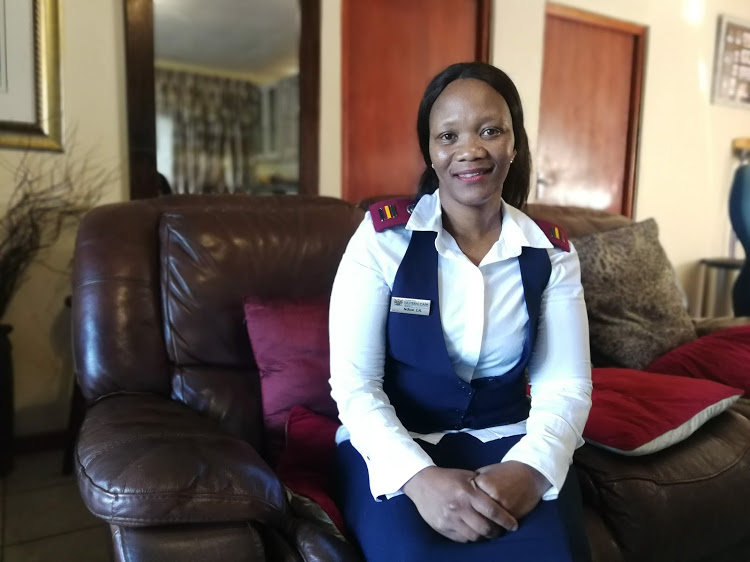 Spending the better part of the past decade tending to all her patients with love, support and extra care, Duncan Village Day Hospital nurse, Zanyiwe Ndlazi-Jason, has no qualms about going the extra mile.

The 46-year old’s passion for looking after people doesn’t end with her eight-hour shifts.

Known for going above and beyond the call of duty, Ndlazi-Jason can often be found ensuring her elderly neighbours are taking their daily medicines and transporting patients to and from the day clinic regularly.

Ndlazi-Jason, who is a mother of two and widow of Dr Francis Jason, said her passion for nursing started when she was a teenager after she nursed an injured neighbour back to health.

“It started long before I even had training,” said Ndlazi-Jason, who obtained a Bachelor of Nursing Science (B Cur) degree at Fort Hare University.

“When I was about 15, my neighbour was wounded and had a large cut on his head.

“I would go to his home and clean the wound twice a day, and after two weeks it healed and he was out gardening again.

“Whenever he saw me after that he would call me his nurse,” said Ndlazi-Jason, who grew up in Centane, along with five sisters.

“Helping someone that is sick is something that I will live with for the rest of my life.

“If I see person that is sick I forget about my own problems and focus on them.”

A professional nurse who founded a clinic has made it her mission to help a community devastated by teenage pregnancies and HIV — and she aims to ...
Local Heroes
1 year ago

She said working during the Covid-19 pandemic had been incredibly tough on all medical staff at the day hospital.

“One of the biggest challenges of working as a nurse during the Covid 19 pandemic was the panic, anxiety and lack of information on how to deal with it,” said Ndlazi-Jason.

“The shortage of PPE, whereby we had to share a box of gloves with about eight staff members was also a big challenge.

“There was also a shortage of aprons and masks.

“Nurses are nursing patients out of love, so most of the patient management is very challenging.

“For example, when you have to put a drip on a very dehydrated patient and you have feel for the vein with your finger, but with a  glove on, and also thinking of maintaining social distancing

“It is very difficult for nurses and doctors.

“The Covid-19 pandemic is a frustrating situation.

“When you are helping sick patients you also have to be very cautious about taking the necessary precautions,” said Ndlazi-Jason.

“For a moment while dancing and doing the #JerusalemaDanceChallenge I forgot about the battle that I have just emerged from after beating Covid-19.”
News
1 year ago

While her daily nursing duties of administering medication, providing physical care and observing, monitoring and assessing patients keeps Ndlazi-Jason busy, especially during the pandemic, she is always ready to put in extra hours and effort to help those who are sick.

“When I see a patient hasn’t come to the clinic for a while, I will find their address in the hospital records and go knock on their door to take them to the clinic so they can get their medicine,” said Ndlazi-Jason.

“Many people, especially HIV and TB patients, don’t realise how important a strict medication regimen is for their health.

“Some are too scared to take their medication in front of family because they fear they will be judged about their status.

“So I try to counsel them and make them understand how important it is and encourage them to come to the clinic regularly.”

She said a big issue was that patients often had no money for transport to the clinic, and she tried to help whenever she could.

With hygiene precautions in place and mandatory face masks, Ndlazi-Jason has continued to transport patients who have no means of getting to and from the clinic throughout the lockdown.

“The most rewarding thing about being a nurse to me is to see patients improve and I hear those words of acknowledgment.

“The best feeling is when you help a person and you know that you did the best that could do to help them,” Ndlazi-Jason said.