Mother of four shares what little she has with needy neighbours 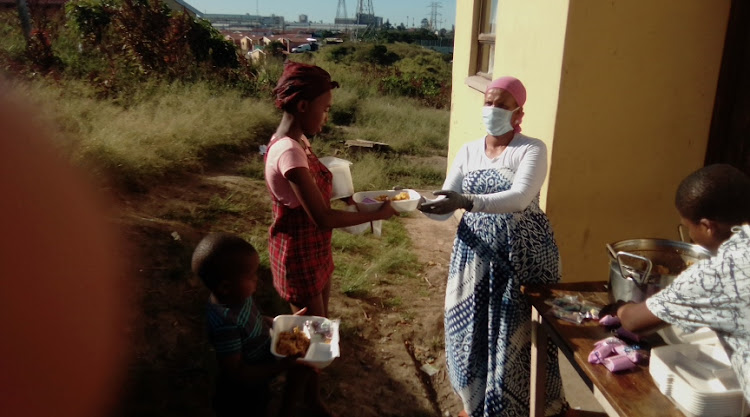 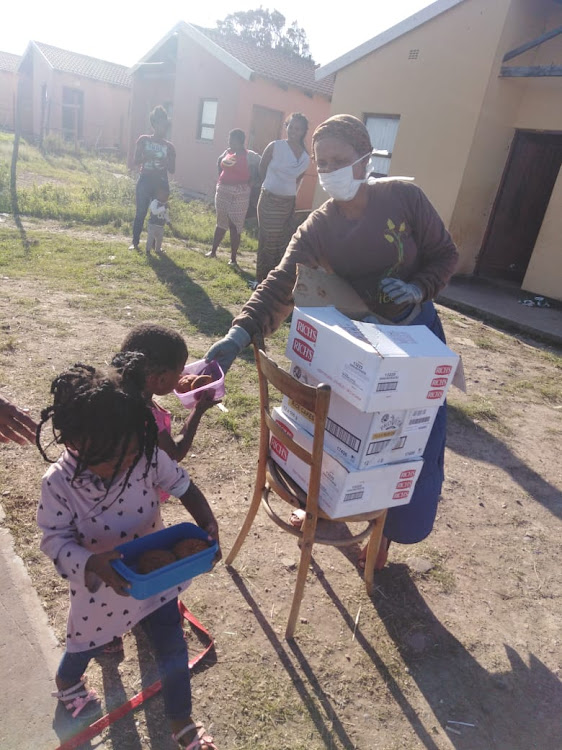 Leonore du Plessis uses the little she has to feed 100 children and adults every week.

The East Bank resident, 41, started her feeding scheme in Second Creek this year.

“Feeding and helping was always my passion. When I moved into Second Creek and I saw the circumstances some people deal with, I said to my family, 'I need to make a difference in someone’s life here, I need to feed the kids'," said Du Plessis.

One evening while having dinner in March, I started thinking, 'How can I sit and eat? What about those who have nothing?' I got up, took food out of my cupboards and went to bless a neighbouring family

“One evening while having dinner in March, I started thinking, 'How can I sit and eat? What about those who have nothing?' I got up, took food out of my cupboards and went to bless a neighbouring family. The following day, I started cooking and feeding in the area, using my own things,” said Du Plessis, who is originally from Port Elizabeth but has lived in East London for three years.

Du Plessis is a mother of four and while she does not have a permanent job, she does upholstery work to put food on her own and others' tables.

“I have three of my own children and one boy I took in. He was being looked after by his grandmother. He wasn't in school so I put him in a school.

“Upholstery is my passion. When I get jobs I do them, though I am not registered as a company yet. My fiancé also works and helps me,” said Du Plessis.

She also relies on donations to keep her feeding scheme going.

“I had to move out of Second Creek earlier this year, but I'm feeding people in East Bank now. I fed daily at the beginning, but because I couldn't afford it, I started giving food twice a week. I rely a lot on sponsors, and things don't always go the way I want them to,” Du Plessis said.

She said her biggest motivation was to ensure that children did not go hungry.

Raising my kids wasn't always easy. No job means no food. I had to roam the bushes, looking for anything to sell so I could provide for my kids

“Raising my kids wasn't always easy. No job means no food. I had to roam the bushes, looking for anything to sell so I could provide for my kids. Life was tough sometimes, but the Lord saw us through. Even as a kid, we didn't have much and seeing how my mom struggled to make sure we got a  warm meal and shoes on our feet was sad. I don't want others to experience that.

“This is my motivation and doing what the scriptures teach us to do. No child should ever be hungry, cold, unloved and without a roof over their heads. If I can make a difference in someone's life every day, I will do it over and over again.”

She said seeing people's faces light up after giving them a meal brought her untold joy.

“Seeing the smiles of gratitude on the peoples faces after a warm meal, is more than comfort to me,” Duplessis said.

Jeeva Theophilus, who assists Du Plessis with grocery donations, said: “Leonore is honest and reliable. With the little she has, she does a lot. During lockdown we've donated 50 to 60 loaves of bread and other groceries. She cooks everything herself and works hard to help others.”