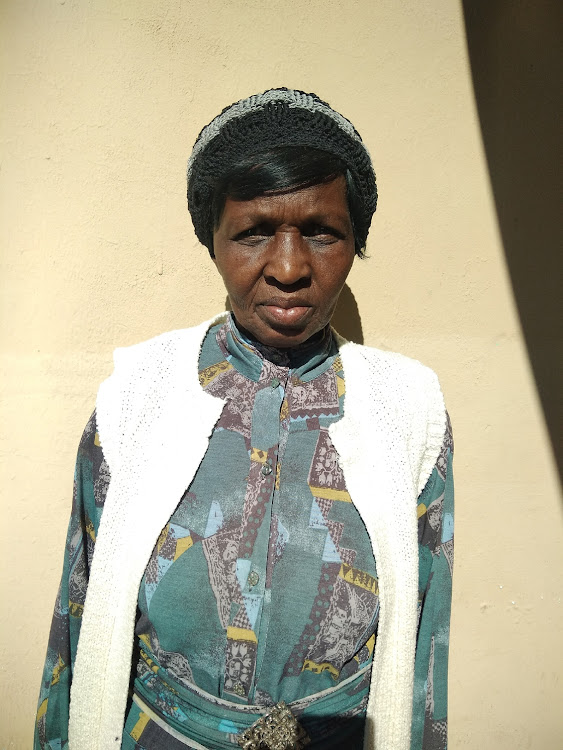 Though there were not sufficient finances for Hilda Ncaza to study to become a teacher, she possessed enough spirit to start a crèche with no money at all.

In 1994, the inaugural year of SA’s democracy, Ncaza, 68, from Mooiplaas, united with women in her local community and established the Silatsha Day Care Centre.

From that wellspring of passion and commitment, have emerged a number of professionals and breadwinners such as nurses and police officers, who can be traced back to that first class of 1994.

“We were helped by the Independent Development Trust, Eskom, the Eastern Cape Development Corporation and Red Cross to acquire furniture, toys, food parcels, a shack, and paint.

“My inspiration to open a crèche came when I witnessed children left unattended in their homes.

“Some were hungry; others would turn to the streets.

“I wished that one day I could get them food, education, religion and teach them how to respect each other and grow up to be good people.

I wished that one day I could get them food, education, religion and teach them how to respect each other and grow up to be good people.

“In our community we were given a shelter — we were two practitioners — and this is how my dream of being a teacher started.

Life was tough for Ncaza. Born on August 5 1952, she grew up in a part of Egcuwa Location called KwaMthintsilana.

“I did my primary education at KwaMthintsilana Primary School and later worked in a neighbour’s shop.

“I tried to do a short course, but that did not go far, as I got married,” she said.

Unemployment was rife, but Ncaza managed to get a job at a pineapple factory, and during the many hours of hard work, her dream to start a day care centre was born.

In 1994, amid the mass euphoria at the time, she went for it with her women friends — and the dream has grown over the past 26 years.

The centre accommodates 60 children, but every day is a challenge.

“I have to use my own resources to clean them up.

“We asked a local community developer, Xolisile Sam, to do fundraising for the crèche, and we finally built a two-roomed cement structure through funding from Lionsraw SA.”

Lionsraw is a UK-based non-profit organisation, formed in association with soccer organisations to promote youth development.

She said the department of social development had taken too long to respond to her request for assistance, and so funding had to be sourced from elsewhere.

We had no taps and we had to collect water from dams and a river as far as a kilometre away.

“We had no taps and we had to collect water from dams and a river as far as a kilometre away.

“We had to travel about 3km to 6km to fetch wood from the bush which was difficult to reach because of farms around our village. We found other women to help us.

“Only 15 parents are able to pay fees for the crèche,” she said.

Sam said: “I nominated Ncaza because she needed help from me so that we could make a difference and ensure there were playground activities, toys and a better building for the children.

“A piece of shelter is better than nothing.

“By nominating her I hope to see her get recognition for the role rural women play in standing up for and promoting education and social care for our children.

“We now have nurses and police officers, people who are breadwinners in their families who graduated from the 1994 class,” said Sam.