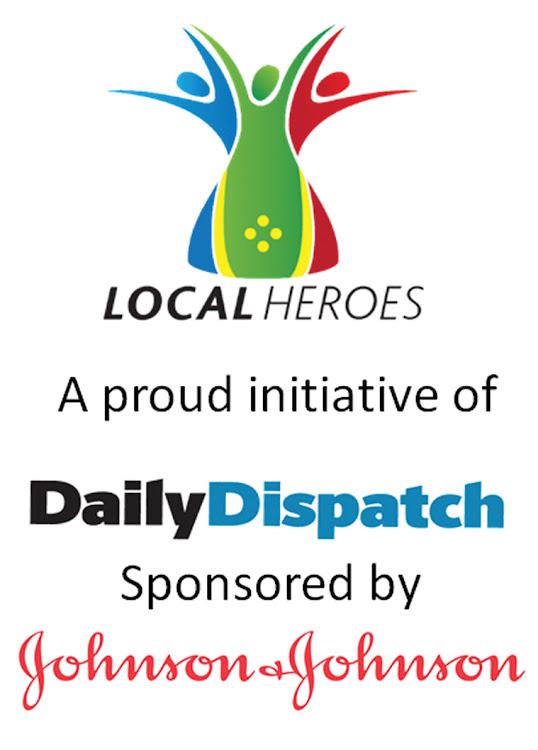 The Daily Dispatch and Johnson & Johnson Local Heroes Awards gala ceremony has been postponed to February 25 due to Covid-19.
Image: FILE

Every October, the Daily Dispatch and Johnson & Johnson Local Heroes Awards gala ceremony is a highlight for nominees, readers and the community.

Unfortunately Covid-19 restrictions mean that this October the event cannot be held, though the 2020 Local Heroes finalists will not miss their opportunity to shine.

The event will now take place on February 25,  with ticket sales kicking off on November 7.

We decided to postpone the event to early next year, when hopefully all restrictions would be lifted and people would feel more at ease to gather in bigger numbers

“We decided to postpone the event to early next year, when hopefully all restrictions would be lifted and people would feel more at ease to gather in bigger numbers,” Daily Dispatch marketing manager Jennilee Peremore-Oliver said. “We will, however, still ensure that we adhere to all Covid-19 regulations.”

She said the event always left attendees feeling positive and she hoped the 2020 awards event would be no different despite its postponement.

“Unless you attend the Local Heroes gala ceremony, you’ll never truly understand what all the hype is about.

“When you leave the venue, you’re guaranteed to feel positive and inspired, and hopefully with your own dreams and plans to make a change in the community.”

The Local Heroes Awards gala evening will see SA TV presenter Leanne Manas as MC of a fairytale-themed evening where our 12 finalists and a frontline hero will be recognised and celebrated.

Though there were not sufficient finances for Hilda Ncaza to study to become a teacher, she possessed enough spirit to start a crèche with no money ...
Local Heroes
1 year ago

“Supporting local communities and entrepreneurship have always been a part of SPAR’s business culture and the Local Heroes initiative speaks directly to the people who are prepared to stand up and be counted and who reach out to those in need,” Stapleton said.

“While we have supported similar initiatives in other areas, we have not had a similar opportunity in East London, an area where our retailer-base is strong.

“We are so disappointed that the gala ceremony had to be postponed, but we are really looking forward to being in East London and celebrating the amazing work that is being done by so many local heroes in the  East London community.”

Boxer Superstores marketing communications liaison Jason McCall said the initiative was integral in inspiring communities and Boxer was proud to be part of it.

“As the community champion, Boxer prides itself on assisting communities in the areas we serve,” McCall said.

“Boxer has a long history in the Eastern Cape, so when the opportunity arose to climb on board and be part of the Local Heroes Awards, we took it.

“The initiative celebrates the heroes who inspire many people to help others in the community.

“Hosting events such as the Local Heroes Awards gives people the platform to further inspire others to help communities in need.”

Peremore-Oliver said while the event  focused on honouring local heroes, it was about so much more.

“The evening is also about envisioning what is possible. Amid Covid-19, where most people have been cooped up at home, working and living at home, I think we all need an escape, so why not escape to a magical evening where you can look your best while celebrating true heroes,” she said.