Parkside mum ensures children, elderly in her area are fed 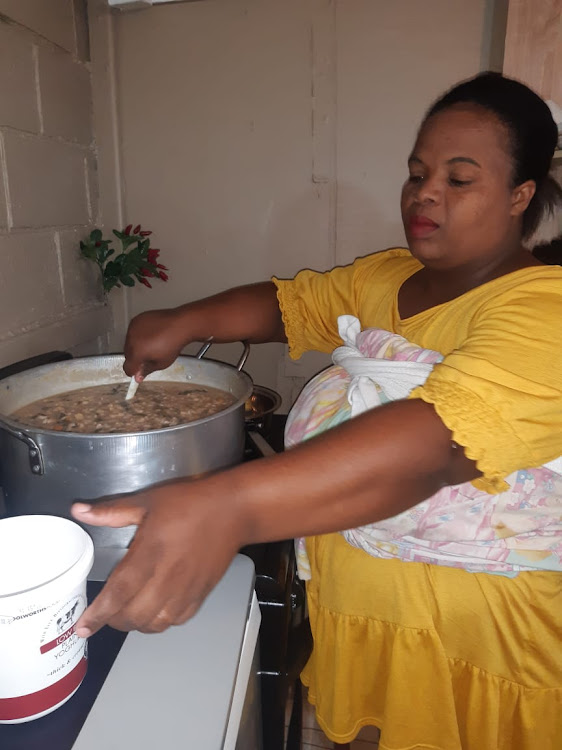 Starting her feeding scheme in October 2018, Parkside resident Brenda Adkins has spent the better part of the past three years ensuring children and the elderly in her neighbourhood have a daily meal.

The mother of four said the children she saw on the streets were her biggest inspiration.

“What inspired me was seeing most of the children going to town looking for food. So to keep them out of danger and away from crime and in school I realised the best way is to make sure they have a full tummy and don't go looking for it somewhere else,” said Adkins, 36.

Adkins, who is self-employed and sells antique products, said she relies on donations, but that her husband is her biggest supporter.

“I do get some donations but mostly I feed the children out of my husband's pocket as he helps me out a lot and encourages me not to stop,” said Adkins, who was born in Mthatha but has lived in East London since she was nine years old.

When Sive Sifora, head of marketing at Kuthaza Ikamva Elihle, tested positive for Covid-19, the rest of the team did not waver at the thought of ...
News
1 year ago

She also works with other NPOs in the city who work together to make a difference.

“I work with Helping Those In Need, Norman Goosen's foundation, Sella's Feeding Scheme and Clean Slate. We sometimes also get together and discuss ways forward. Mostly we encourage each other to keep on doing what we do no matter the storms we sometimes face,” said Adkins.

Marion Peake, of Helping Those in Need, said the organisation has supported eight feeding schemes in East London for the past three years, one of them being Adkins'.

“Brenda [Adkins] has worked under us for over three years and her feeding scheme definitely makes a difference and keeps the children off the streets,” said Peake.

The community of Egoli in East London not only received food to fill their stomachs on Saturday, but were also revived emotionally and spiritually by ...
News
1 year ago

Adkins said seeing children happy and fed was one of the most rewarding sights.

“Seeing every child going to school on a full tummy and seeing that they love me so much and they don't have to worry about where their plate of food will come from is the most rewarding thing.

“I do this because I don't want to see any children going to bed or going to school on an empty stomach,” said Adkins.