Mthatha nurse stepped up at height of fears around pandemic 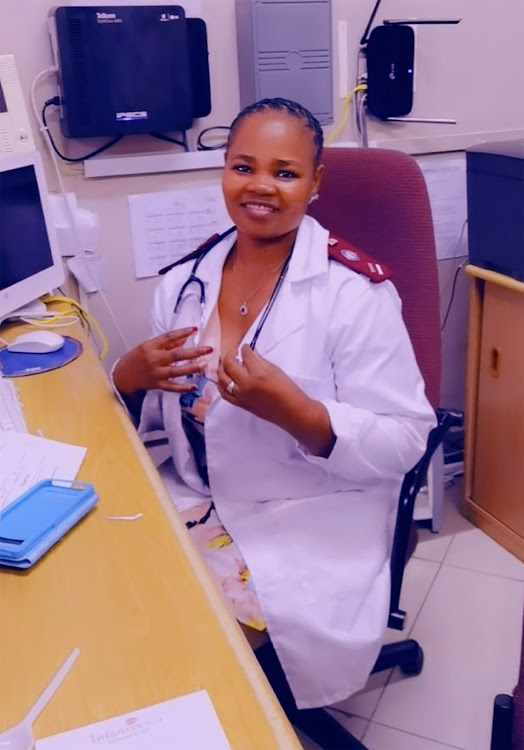 Local hero nominee Lindelwa Ngumbela. The well-loved nurse runs a baby wellness clinic in Mthatha which specialises in immunisations and monitoring the growth of the infants.
Image: SUPPLIED

A nurse of 11 years, she has lived by her pledge to put her patients' lives first.

But when Covid-19 struck, Ngumbela, who runs a baby wellness clinic in Mthatha which specialises in immunisations and monitoring the growth of the infants, realised she had to spread her skills and offer her time to try to fend off the deadly pandemic.

Lockdown regulations forced the the clinic to reduce the number infants it managed.

This was when Ngumbela decided to volunteer her services at St Mary's Hospital in Mthatha in her mission to help save lives.

“I would never have forgiven myself if I just stood by thinking only of my own life while lives were being lost.” This was said by St Mary’s ...
News
1 year ago

Covid-19 survivor and patient Sivuyile Dzakwa-Noxhaka nominated Ngumbela as a local hero after experiencing incredible care from her and watching how she worked with others knocked flat by the virus.

Dzakwa-Noxhaka said: “On the day I fell ill, I could hardly walk from the doctor who had sent me to do the Covid-19 test.

“The elevator was out of order and I collapsed. I did not have the strength to take those steps to the ampath laboratory. That is where I met Sister Ngumbela.

“She saw me go down and that I was struggling. She immediately fetched me a chair and assisted me with paperwork. She then helped me do the Covid-19 test right there in the passage as I could not reach the lab,” Dzakwa-Noxhaka said.

She said after she got her Covid-19 results, Ngumbela educated her about the virus and advised her to isolate.

“Every day she contacted me to give moral support and encouraged me to stay positive when I lost hope. She gave me strength to fight the virus and her intervention also gave my family strength.

Ngumbela said: “In my spare time, I volunteered at St Mary’s Hospital, where I had to deal with Covid-19 patients and help them fight the virus.

“The main concern was how the virus had attacked the nuns at Ikhwezi Lokusa [township in Mthatha], as three nuns had succumbed to the virus. I had to risk my life, and also those of my patients from the baby clinic, to help,” she said.

Ngumbela said she had mixed emotions about exposing herself to the virus by helping the nuns. But, through her passion, she was driven to help save the lives of those who were in need of help, she said.

“I isolated myself from my eight-year-old daughter for a month, as I was afraid of exposing her to [the virus]. But helping the people was worth it, especially when I could see them recovering.”

Dzakwa-Noxhaka said Ngumbela had shown herself to be a local hero and “deserves to be acknowledged for saving so many lives, including mine”.

“She became a front-liner during the time of need,” Dzakwa-Noxhaka said.