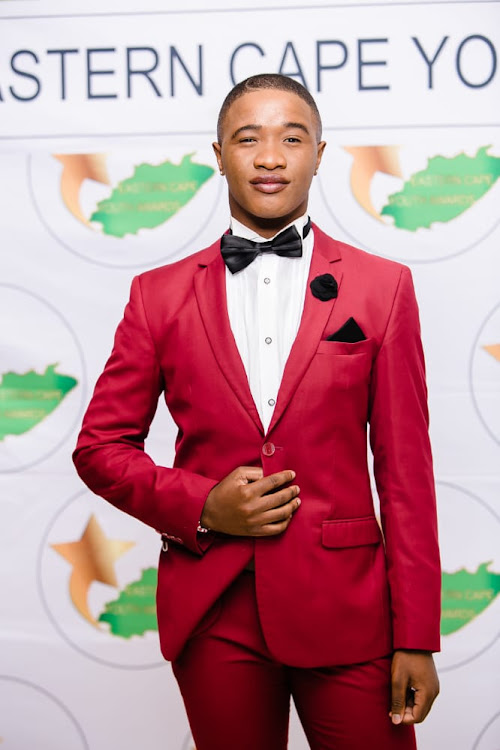 HELPING OTHERS: Athenkosi Fani runs the Boniswa LGBTQI Foundation, which is named after his mother.
Image: SUPPLIED

Growing up as a gay man in the Eastern Cape, Athenkosi Fani, 24, did not have the easiest life, but vowed to advocate for LGBTQI+ people and their rights despite what the world threw at him.

“I was born gay and am proudly gay, however this hasn’t been easy. It has been a journey that took me many years. I remember that, back in the children’s home, I was bullied in many forms for being gay; I felt so lonely, so in fear and inferior because I had no voice.

“I kept on believing that I didn’t deserve to live because society made us believe that we are inhuman,” said Fani, who was born in Reeston but spent much of his adolescent years in children’s homes around East London and Gqeberha, after his mother fell ill and was unable to care for him.

In high school, Fani took on various leadership roles, including deputy head boy of David Livingstone High, SRC president and being part of the then-Port Elizabeth Junior City Council, but it was only at university that he truly took on the plight of the LGBTQI community.

“I was awarded an outstanding service award by the Lions Club in my matric year. This was the opportunity that sent me to New York in the US to work with the Lions Club of Rhinebeck,” Fani said.

“When I was in the US, teaching young boys and girls about leadership, I realised how important it was that I  set an example and practise what I preach.”

Ntuthela’s bloodied clothes were found inside the suspect’s house and according to family members, his alleged killer had been wearing Ntuthela's cap ...
News
1 year ago

It was there that Fani’s passion to empower others grew, and this led him to take on various projects and become an activist for LGBTQI people.

“In my first year of university I faced a lot of discrimination, prejudice and judgment for being gay. I was even physically beaten up. In the same year, I entered Miss Gay East London and was one of the lucky winners, and I became an ambassador of S.H.E [Social, Health and Empowerment]," said Fani, who studied broadcast journalism and is now completing his second qualification in public relations management.

He said his experiences in his first year at university had motivated him even more.

“It made me want to be a bold, brave and proud gay person,” said Fani, who has worked with S.H.E throughout his studies to organise various LGBTQI empowerment campaigns and events across BCM .

As SA's top court deals with the constitutionality of the country's equality and hate speech law, a top advocate says it is a question that should ...
News
1 year ago

Named after his mother, the organisation — which was founded by Fani in 2020 — is dedicated to empowering the LGBTQI community to take up space and to creating a safer world for themselves.

From hosting dialogues with leaders, highlighting issues faced by his marginalised community, educating youngsters in schools about LGBTQI rights, challenging discrimination and fighting gender-based violence, Fani is determined to make a difference.

“I want to create a better living experience for all — one that does not condemn anyone. The Boniswa Foundation is a safe space to do this, and to educate and empower the community.

“I aim to build tolerance and acceptance, challenge inequalities in society and make an impact in the lives of others,” said Fani who also serves on the subcommittee of events, social and sponsorship for the Cyril Ramaphosa Foundation.

The highest court on Friday declared Qwelane's 2008 column amounted to hate speech after a 13-year legal battle started in the Equality Court by the ...
News
11 months ago

For his continued dedication to championing the LGBTQI community, highlighting the issues they face and fighting gender-based violence, Fani was recognised as an Eastern Cape Youth Awards Civil Society award winner in June.

“My aim is to empower people from the LGBTQI community to unite and lift the rainbow flag high, to have one voice and to embrace their power,” Fani said.

He said his own story and the support of his mother motivated him to keep helping others.

“What motivates me to keep going is my inner strength, the ability to believe and understand that I am enough: I am bold and confident, strong and brave, I am the master of my destiny. And I want others like me to believe that of themselves too.

“My biggest pillar of strength is my mom. She and I have created a bond where we have been able to support and empower each other.

“She really is my true hero, and I salute her for embracing who I am and accepting me for who I am.”

He said a motto he lived by was “I am who I am because of others”.

“I am a helper, it’s just who I am, but I grew up in children’s homes  and I was helped by many people throughout my life,” he said.