Empty nest and big heart a godsend for Gonubie ferals 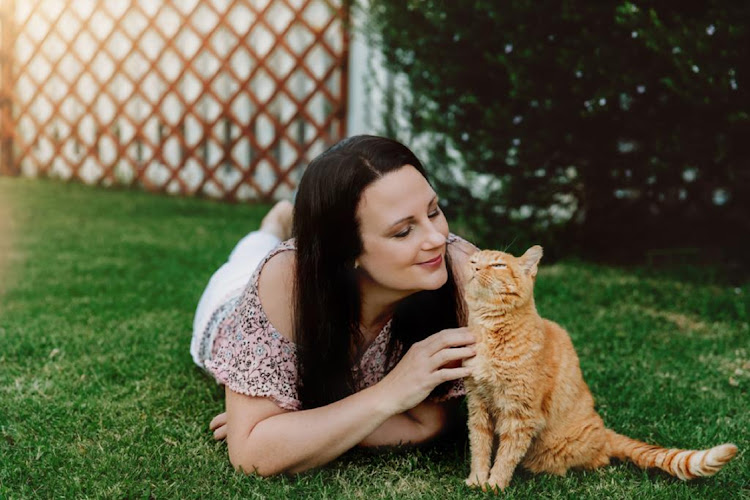 Debbie Kelly and her rescue baby Tiger, who was nursed back to health after being found beaten and burnt.
Image: SUPPLIED

The question of how one person can save 100 homeless cats is obvious for Gonubie resident Debbie Kelly — “just sterilise one”.

Kelly, 43, knows cats don’t have nine lives and has set her sight on improving the lives of feral colonies in Gonubie.

Kelly said: “Our children have grown up and the empty nest has been filled with cats.”

She started Gonubie Ferals with her husband Shane Kelly, 51, after seeing a Facebook post from two elderly women who battled to feed a feral colony behind the Windmill Roadhouse in Quigney, in February 2021.

“They were paying for the food with their pensions.

“We saw lots of kittens and said we would help sterilise the cats.”

The Gonubie Ferals Facebook page states they want to “prevent the birth of suffering, homeless kittens and improve the lives of stray and feral cats by sterilising them through TNR [trap neuter return]”.

TNR had been proven to reduce the size of colonies over time, Kelly said.

“When we finished sterilising that colony we couldn’t believe it — we saw another litter of kittens down the road.

“We decided the need was too great.”

Gonubie Ferals sterilised more than 30 strays in the last year and were charged R500 per cat by Furever Fixed Animal Rescue for sterilisation and rabies vaccination.

“There is such a huge need for sterilisation and we have been asked to help raise funds and sterilise a few other colonies.”

Debbie said she was pleasantly surprised to hear about her Local Hero nomination.

“It’s amazing! I feel very humbled to have been nominated.”

The former wedding photographer now works at home doing her IT husband’s books.

“So I have the time to help the animals,” she said.

Gonubie Ferals assists with food and shelter for two cat colonies in Gonubie and traps cats twice a week.

“One colony is outside the Gonubie clinic and the other is outside St Martin’s Church, where we put up a little shelter for them.

“We had to install feeders because of the hadedas.

“When we first came over to help there was a hadeda with a gammy leg called Colin. So we would feed him too and he is now part of the family.

“We fostered four kittens and ended up keeping them!”

Logically, Ellie should be dead. A year ago she was hairless, old and emaciated and — quite frankly — very ugly. Plus she didn’t belong to anyone. ...
News
2 months ago

Kelly and her husband have 10 cats at their home, all with a similar background of neglect, illness or suffering.

“We picked Jake up as a stray tom, who after he was neutered was still very sick but so lovable.

“Tinka was the first cat we sterilised and we had to keep her for 10 days because she didn’t have soluble stitches, but when we released her she kept going back into the trap.”

Kelly said they had named all the “adorable” feral cats at the colonies.

The worst part is seeing the kittens suffering, sick and sitting in the rain

“The worst part is seeing the kittens suffering, sick and sitting in the rain.”

“We are working together with Furever Fixed and are busy planning a 2km Fun Pet walk for October 29.

“It is going to be held in Gonubie and we are hoping to make it a fun morning for the family and their fur babies with stalls, dog treats and raffles.”

Amber Wiggill said she had nominated Kelly because “she is taking care of the ones who need us the most”.