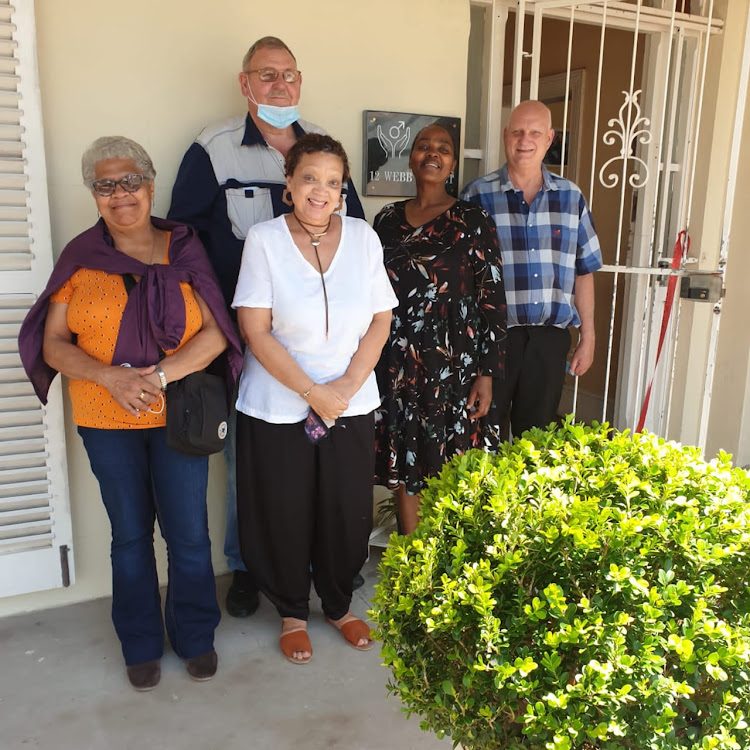 Trevor Willard saw the need to create a safe space for men to recover and rediscover their purpose.
Image: SUPPLIED

Retiree Trevor Willard, 62, keeps a file of letters from men his organisation has helped pull back from the brink of death.

These are not simply words of thanks, but detailed descriptions of the action taken by Willard and his NPO, Open Hands, from men who now have jobs, have rekindled family relationships, and new beginnings.

One of the letters was written by a man who recently got married and found a job.

He was an addict and wanted to commit suicide. He wrote: “If it wasn’t for you I wouldn’t be where I am today.”

The Chintsa West resident said: “I retired from the Umtiza Farm Corporation, but knew I couldn’t just sit all day and stare at the sea. I thought I’m going to go mad. I’ve still got work to do.”

He volunteered at the Christelike Maatskaplike Raad of East London, an established social services organisation that works with women and children in Southernwood.

Classroom of sand dunes and swells for young beach enthusiasts

Local Hero nominee Dean Knox, 44, has dedicated his life and business to teaching tomorrow’s local leaders to love the ocean and protect the rich ...
Local Heroes
1 month ago

He said: “I thought, ‘who looks after men and assists men when they are at rock bottom?’ I researched and found that there aren’t people who are doing this. I was going to give it a try.”

Since then his attempts have saved the lives of many lost East London male souls, especially with the opening of the NGO Open Hands in 2019.

Nominee Zandra de Beer Wild said: “Open Hands is for abused men in East London. It works towards providing a safe place to stay, feeding the abused men, and trying to re-establish them in society again.”

Willard said the quaint white house in Southernwood hosted 10 men at a time, assisted 30 people a month and did not discriminate against race, sexuality, or circumstance.

“It’s been a hard road with hardly any subsidy. The government doesn't give us financial support.

“The only assistance we get are donations and a small amount from the Lotto. We house 10 men at a time, but will be moving to larger premises soon where we will be able to take in more.”

Local Hero nominee Thandiswa Zazini, 38, recognised the need to help her community in Ndevana after the lockdown left young adults without ...
Local Heroes
1 month ago

Open Hands works closely with Masithethe, a counselling service organisation, to help men cope with their mental health. Many suffer from depression and substance abuse.

The men have a private session with a Masithethe counsellor once a week and a live-in counsellor lives at the home as a voice of healing.

The SA Depression and Anxiety Group (Sadag) has stated that SA men are four times more likely to commit suicide than women.

Willard said: “I personally know three people who shot themselves after they lost their jobs or partners and didn't know where to turn.

“They feel there is no hope and don’t know what to do. They don’t see a way out of the stress, so they take to substances or think about committing suicide.”

But Willard knows there is a way “you can pick yourself up and take the slow journey back".

“In the beginning, men don’t want to talk about getting beaten by their girlfriends, wives, or partners. But  worldwide men are starting to wake up and talk.”

“For many years it’s been that men are big and strong and don’t cry. But men can cry and can get knocked down and can get back on their own two feet again.”

Empty nest and big heart a godsend for Gonubie ferals

The question of how one person can save 100 homeless cats is obvious for Gonubie resident Debbie Kelly — “just sterilise one”.
Local Heroes
1 month ago

He said the centre took in men who were trying to stay clean — off drugs or alcohol — but it was not a drug rehabilitation centre.

Four male staff volunteers run the centre, but Willard said each occupant was responsible for his own living area and domestic duties such as sweeping and changing his linen.

He said the biggest fear men faced was the pressure of “appearing strong. Nothing is so bad that you have to take your own life. If you've been beaten, there is always a society or group you can call on for help”.

He was pleased with the nomination.

“More people in East London will know about Open Hands and we will have better success in keeping it going.

“My partner said I have a passion and a soft heart. I will sit and listen. Here our hands are always open to take people in. “

If you are struggling with your mental health, contact the Sadag suicide crisis line on 0800-567-567.