Siphokazi Mpofu offers space for victims of abuse to speak up, share and heal

Writer uses social media platforms to reach out and help 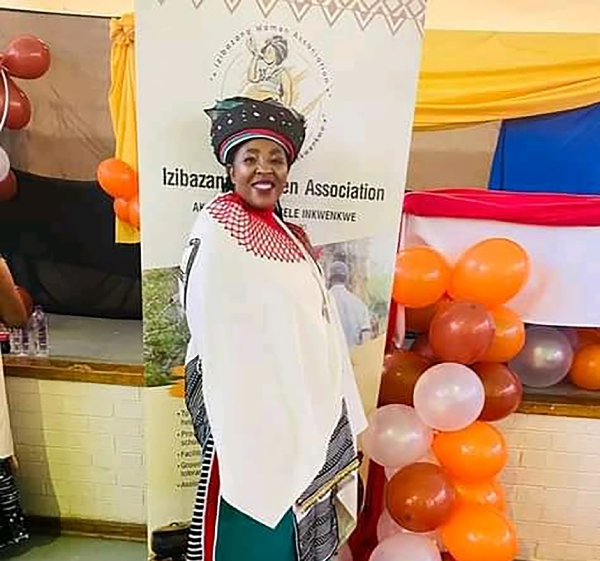 For more than ten years, Mpofu has made herself available to listen to and counsel victims of abuse and those with mental health struggles, at any hour of the day.

Mpofu said: “I’m just the kind of person who wants to give of my own space and time.”

With 2,223 followers on Facebook, Mpofu uses social media and word-of-mouth to connect to anyone needing her help, who message her privately or comment on her page.

She said: “I do hour-long sessions on many issues, from family matters to rape.

“Even at 11pm, I get WhatsApps from people asking to talk.

“Sometimes I get comments on Facebook from people who saw my comments giving solutions to problems.”

People who reach out to her include young and old, males and females, as well as couples from East London, Gqeberha, Cape Town and other parts of the country.

Mpofu was the first woman to write an isiXhosa book, titled Zajik’ izinto, or The Turning Point, about the Xhosa rite of passage, ulwaluko, when young boys become men.

The novel follows the story of two teenage boys of different races who challenge the cultural and racial boundaries of initiation school by wanting to attend together.

Most teenagers remain silent about the pain caused by their parent’s divorce, but 18-year-old Yomelela Gwavu, from East London, has written a ...
News
4 months ago

After her book was published, Mpofu started her NPO, Izibazana Women’s Association, to create a space for mothers to come together and support each other through their sons’ initiation process.

“There is baggage that mothers carry with the ritual.

“There is abuse, distress, and help is needed.

“Some families don’t have the necessary things needed like blankets or clothes. We help where we can.”

She said her aim was to also help survivors of abuse find closure.

“Most of the violence comes from men. Those who need help are wounded men doing bad things because of their own background.

“Most were abused themselves. It’s bad that it’s we women who are the targets.

“We have to understand men, and dig at the problems to try to solve them.”

Three authors who spoke about their work at the Bathurst Book Fair on Sunday take Eastern Cape cultures and characters to their limits. It’s not ...
News
3 weeks ago

Mpofu, a rape survivor herself, said she understood how darkness and depression could leave a person feeling lost and hopeless.

“My first eleven years I was beautiful and bubbly.

“When I go back to when I was raped aged eleven, it was the moment my life went wrong.

“The Izibazana Women’s Association is a part of my healing process.”

She said she understood the different stages of abuse and wanted to help victims who were still traumatised by their experiences to process the emotional steps needed to heal.

“Sometimes I say that being a strong person is your enemy because you have to heal.”

She also hoped to change the stigma around talking about trauma as a tool for healing.

“Many people don’t believe in counselling, from our grandmothers to mothers, to us; people don’t talk about their problems.”

The family is the foundation of a stable society and a peaceful nation, and a family is established through marriage.This is the view of Khaya ...
News
5 months ago

A lack of finances, however, had hindered the NPO’s efforts, Mpofu said.

“I hope to go into the Transkei and do sessions all over the Eastern Cape, but there is no money.”

Mpofu said she was grateful for the opportunity to be recognised for the work she does.

“I’m so happy to be nominated because the reason I’m doing this is to change lives.

“For people to see that is a big thing, it’s not about money but recognition.”

The chokehold of shame and rage

The kind of anger and rage that are at the heart of unhealthy masculinities have led to needless heartache, bruised egos, broken bones, and even ...
News
5 months ago

“Siphokazi helps a lot of young people in the townships to uplift themselves out of the situations they have found themselves in.”