‘The more I do, the more I’m driven to do more’ says Amanda Timms

Running feeding schemes for children and the homeless, to WhatsApp groups for people in need, brings community activist joy 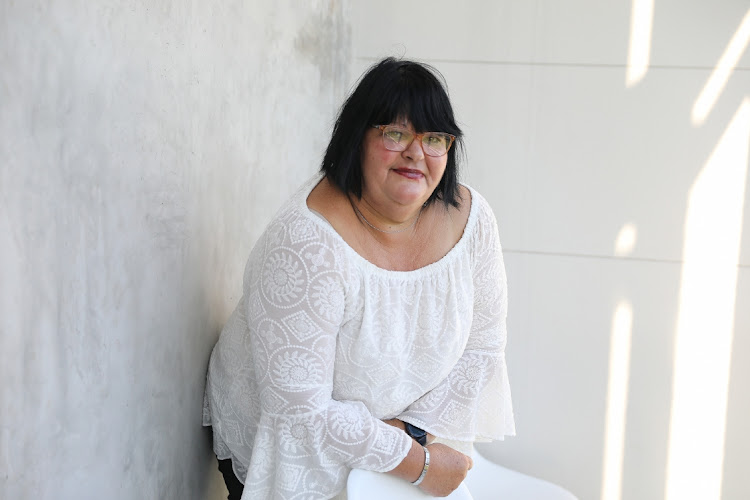 Community activist and Local Hero nominee Amanda Timms works hard to help her community in any way she can.
Image: ALAN EASON

No-one can call Local Heroes nominee Amanda Timms a slacker, especially when it come to making a difference.

As a community activist, she does it all, from running feeding schemes at disadvantaged schools to fundraising for the local SAPS to running a slew of WhatsApp groups covering nearly every inch of BCM.

It was Timms’ donation of Chucky and Laci, two Belgian Malinois dogs, to the Gonubie SAPS’ K9 unit in August 2021 that convinced Local Hero 2020 winner Klaus Rodeman to put her name forward.

“She wasn’t interviewed last year so I wanted to make sure she got in this year,” Rodeman said.

For Timms, her inspiration comes from her passion for her community and strong desire to do good.

I started to feed them and the more I fed them, the more I wanted to help because I saw the need there

One of the many projects Timms is involved in is a school feeding scheme, which she has been running for the last three years.

It now runs twice a week at various schools throughout Buffalo City.

“I was inspired by the little kids [to start the feeding scheme].

“I started to feed them and the more I fed them, the more I wanted to help because I saw the need there,” Timms said.

“In one school, a little boy collapsed and at first we thought he had Covid-19.

“We gave him a banana and he said he hadn’t eaten all day.

“We also find kids who have been abused and they talk to us about that, because we bring the SAPS with us.”

Gonubie activist Amanda Timms has been instrumental in adding three specialist canines to the East London police dog unit to assist with ...
News
9 months ago

Timms also runs a number of WhatsApp groups which cover nearly all of East London.

“What I do for the people, for example, is a lot of people don’t have money to call the ambulance.

“I’ll phone the ambulance, fire department or SAPS for them.

“They use my WhatsApp groups as a call centre.

“You name it, I’m getting it and then I try to get it to the right people.

She also runs feeding schemes for the homeless in BCM, though she said the response from others wasn’t always positive.

“People see these people who mainly look for jobs as thieves.

“You sit and talk to them and they’re actually qualified people who can’t get a job.

“They say when they can’t feed their families at night, people look down on them.

“Some people criticise; they say you’re feeding criminals, but these people need it.”

The more I do, the more I’m driven to do more

Timms said it felt good to be nominated for a Local Hero award.

“I’m doing my best. I listen to these notes people send me and they thank me every day.

“They say if it wasn’t for me, they wouldn’t have got this or that.