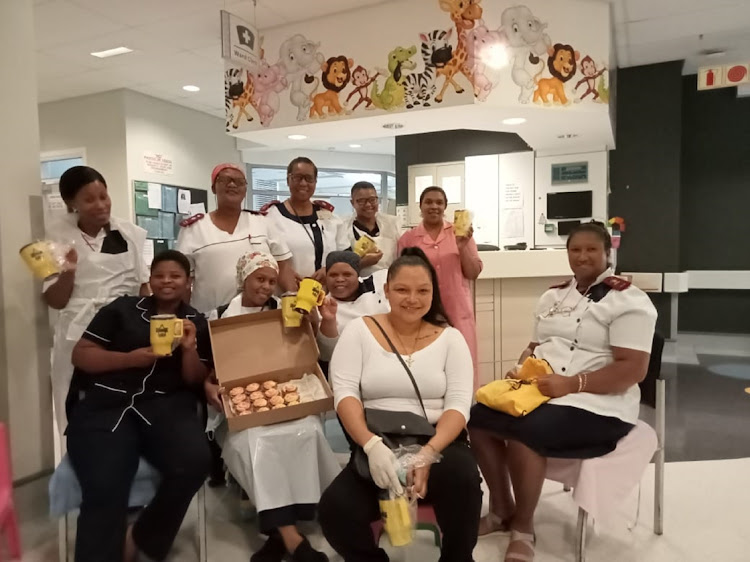 Laken King (Centre) with the nurses of the Frere Hospital oncology ward after donating small gifts of thanks for their tireless work with children with cancer.
Image: SUPPLIED

“My daughter had a beautiful smile, I want to honour that.”

Laken King, 32, from Parkside, understands the profound grief that comes from losing a child to cancer, but bravely returns to the Frere Hospital oncology ward to help lift the spirits of children through her NGO Coco.

Established in 2020, the Coco Foundation assists with the daily needs of children with cancer and offers emotional support to parents.

“Khloe may have lost her battle to cancer but I started Coco to keep her memory alive.”

King spent weeks in the Frere Hospital oncology ward with her six-month-old daughter Khloe, also known as “Coco”, who lost her battle with liver cancer when aged 11 months in February 2020.

I would ask myself why; it is so difficult to go through this — to say that cancer took my child away. But I want other children to be able to look back and say 'I won that battle'

“I would ask myself why; it is so difficult to go through this — to say that cancer took my child away.

“But I want other children to be able to look back and say 'I won that battle'.

“At the moment we are supporting this out of our own pockets but have received donations from the Nkosi Trust and East London businesses like Nate’s Car sales.”

The foundation has run Easter egg and Christmas gift drives as well as pop-up breakfasts and birthday parties in honour of the one-year anniversary of Khloe’s passing which included cupcakes and party packs for the children.

“The first time I went back to the hospital I was scared. I told myself I would never go back. I remember the nights I spent there.

“But I knew I had to. When I talk to parents I always tell them, the situations are different, there is still hope.”

King was emotional when speaking about her Local Hero nomination.

“This makes me think my daughter is proud of me, I have the perseverance to keep going. As much as she was my hero, I was hers too.”

The foundation also donates small gifts to thank the nurses who work tirelessly to ensure the space is a beacon of hope for their small patients.

They are so delighted, for many it can be scary, they know what will happen and could spend weeks or months in the hospital

“They are so delighted, for many it can be scary, they know what will happen and could spend weeks or months in the hospital.”

Syce, who helped care for Khloe, commended King on her strength to give back.

“We’ve got other NGO partners but Laken stands out because of her experience as a mother. Not many of our parents ever come back to the ward.

“This is her way of returning the favour. She knows how to support the families going through this.” 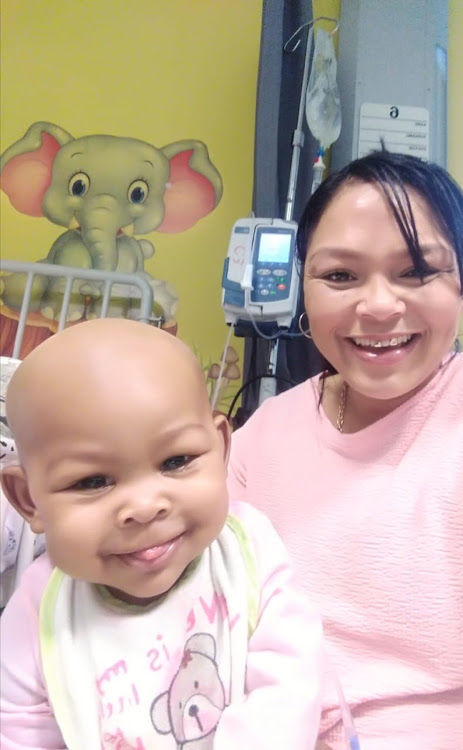 Laken King started the COCO Foundation in honour of her daughter Khloe, who passed in 2020 from cancer.
Image: SUPPLIED

King said a major part of the foundation’s efforts  was creating awareness about childhood cancer.

“People don’t know cancer in children exists, but now they are realising it is real, this thing is here.

“As much as there are bad days, the good days meant more.”