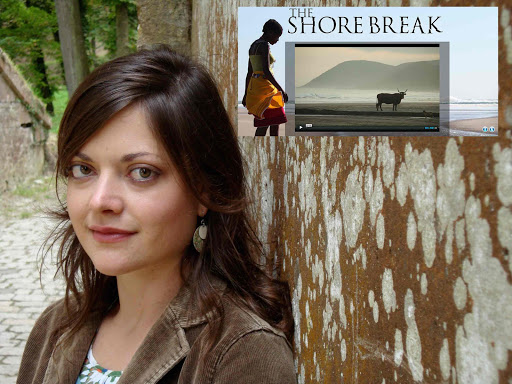 The Shore Break, which documents the struggles of a close-knit rural Pondo community to preserve their land and lifestyle, won the best full-length category at the festival held in Paris last Tuesday.

Directed by award-winning director Ryley Grunewald, the documentary focuses on two cousins from the Madiba clan who both live in Pondoland but have opposing views regarding the coastal development dispute.

One of the cousins, Nonhle Mbuthuma, wants to preserve the community’s traditional Pondo way of life through eco-tourism, while her older cousin, Zamile “Madiba” Qunya, intends to allow a 22km stretch of dunes to be mined for titanium and to support the government’s controversial plans to build a highway through the Wild Coast.

According to the film’s co-producer Odette Geldenhuys, the jury dubbed the film, which was shot over three years in Pondoland, as “a firm favourite” and an exceptional film that deeply moved them.

Judges said they were struck by the community’s strength and dignity in their battle for land and their way of life on South Africa’s Wild Coast.

She said one juror said the film “played out like a thriller”, while another appreciated the spectacular Wild Coast landscapes captured by the picturesque cinematography.

Geldenhuys, a human rights attorney, said she was delighted with the triumph.

“Concerns about the environment are really concerns about the present and future well-being of people. We are therefore really delighted that The Shore Break, which looks at the human conflict which arises in one community where there are opposing views as to the future of their land, and thus the impact of the environment, received this international accolade.”

She said the timing of the win was apt because it occurred in the same week as both the Mining Indaba and the Alternative Mining Indaba took place in Cape Town.

“Both were sites of intense reflection on the broad public interest issues raised in The Shore Break – what is the relationship between the extractive industries, community development and environmental well-being?”

Geldenhuys, Grunewald and their crew made 13 trips to Pondoland to make the film.

Geldenhuys said she hoped the film would premiere on the South African film festival circuit in June and July.

“Unfortunately none of the festivals have screenings in the Eastern Cape, so in late July we will have a number of community-based screenings in libraries and community halls in both rural and urban areas, as well as whoever invites us.” — barbarah@dispatch.co.za with additional reporting by Mike Loewe