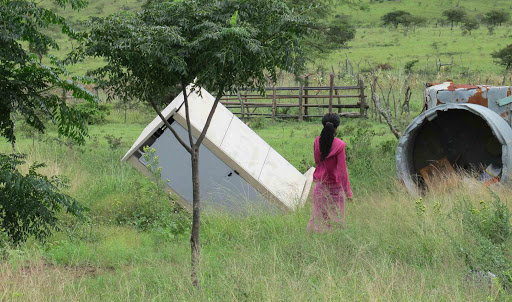 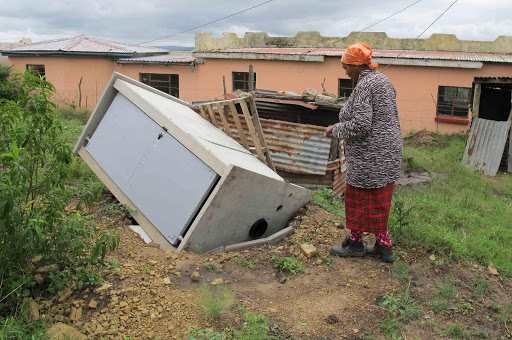 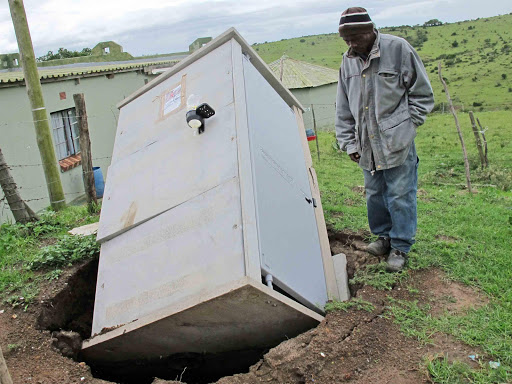 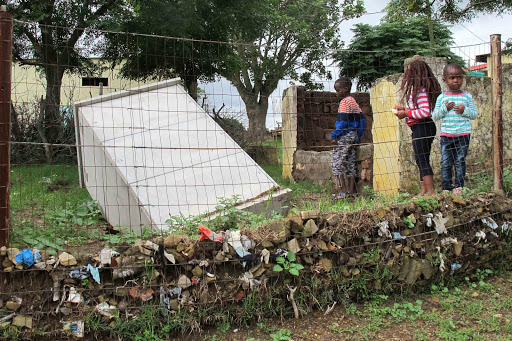 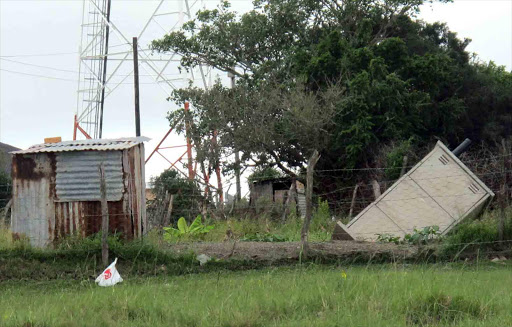 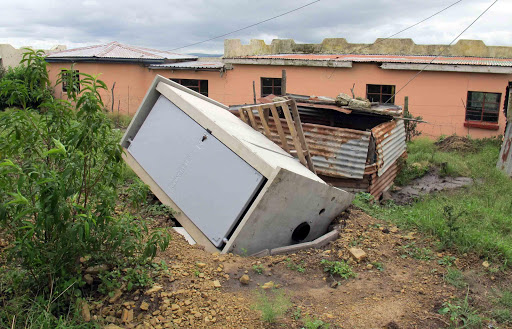 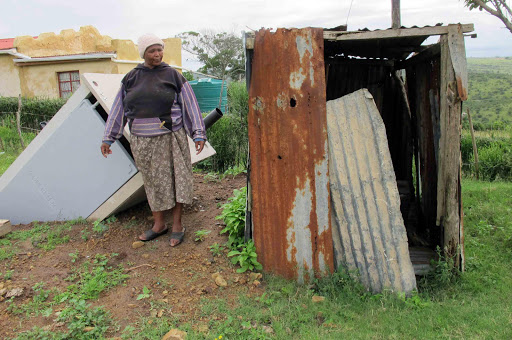 Only one Siyenza toilet out of 83 in Hoyi Village outside Peddie is still relatively upright.

Eighteen of the 83 new toilets were seen collapsed into their pits and 65 had keeled over when the Easter weekend’s rains swept over the province.

The toilets, installed in February and March, were erected as part of a controversial R631-million tender awarded by the Amathole district municipality to Siyenza Group. The group has subcontracted some of the work to politically connected contractors.

Beneficiaries of the toilets were furious and deeply disappointed, complaining that the work and materials were inferior.

The Dispatch visited two villages, Hoyi and Tuku, which both fall under Nqushwa municipality.

Toilets were lying half in their pits, or leaning over precariously.

In Hoyi residents complained that trenches were not dug deep enough, bolts for the walls were driven into soft sand and there was no solid base for the structures.

Toilet seats were said to slide around while people were sitting on them and the plastic doors flew open in the wind, even when locked with the plastic bolt.

Phumeza Mjekula said of her toilet: “It first filled up with water so I couldn’t use it, and then I watched it collapse.

“My family and I were left with no proper toilet, but luckily we still have the old one,” she said.

The new toilets were built next to the resident’s old ones, with only a handful in usable condition.

Other residents, excited to have received their new facilities, filled in their old toilet pits and recycled the zinc sheets for other home alteration projects.

Nophelele Yani said that since Sunday she had been using her neighbour’s toilet while Mthuthuzeli Mxabaniso said it had only been a matter of time before the toilets fell over.

“Imagine if someone had been inside the toilet when it collapsed,” Mxabaniso said.

“I was too scared to even go in there. The kids used it because they were too terrified of being bitten by snakes in the old toilet.”

Residents from Tuku Village said 283 toilets were to be installed, with only half completed so far.

Of those 140 toilets installed, around half also collapsed over the weekend.

Nomzi Bekani said: “I had not even used it yet.

“We were told to wait until we got the go-ahead from the contractors, but on Sunday morning I found it lying on its side.”

Questions were sent to ADM spokesman Siyabulela Makhungana, who said they would comment only when the Public Protector had made a ruling on the project.

In a new twist to the saga, the Dispatch yesterday learnt that one of the suppliers providing material for the ADM project, Berlin-based Concretex, had to stop delivery as the quality of the material used raised concerns.

This was after toilets from two different municipalities collapsed.

Russell Hulley of Concretex said the company had to stop supply after most of their toilets were eroded and collapsed after the heavy rains last weekend.

“We now have a new pit lining to be fitted to those toilets,” he said.

“We are addressing the issue and, as such, we have stopped the delivery of those specific toilets. It was a structure that was passed by the ADM, but it is not working.”

Toilets built by a second supplier, Bertrams, are said to still be standing.

Lukas Fourier of Bertrams said the problem was that some suppliers failed to provide proper structures.

“Their supplies are inferior and do not comply with good governance for sustainability,” Fourier said.

The Dispatch has reported extensively on the major problems faced by communities at the Great Kei Local Municipality, where the toilets supplied under the aegis of the Siyenza Group collapsed within weeks of being built. — zisandan@dispatch.co.za / siphem@dispatch.co.za