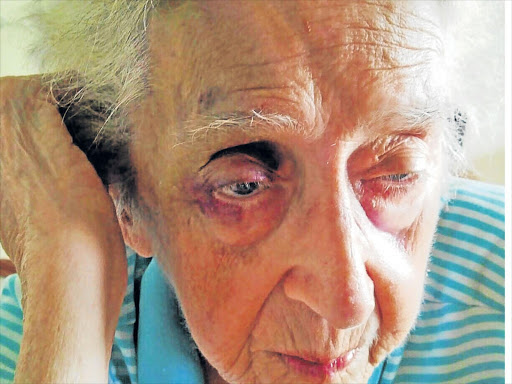 HOPE SHEPARD
Two weeks ago, we published a story about a caregiver caught beating 84-year-old Hope Shepherd, a chronically ill pensioner at an upmarket East London home for the frail and elderly.

Shepherd last year suffered an unexplained broken arm, which led to her family installing a secret camera in her Lily Kirchmann Complex room. She was unable to speak or write about what was happening to her.

After an agreement was reached to air it on a national investigative television programme, the Dispatch – which had the footage all along – is publishing it today.

It was aired on TV yesterday.

The video shows the caregiver slapping, punching and even kicking the woman, who tries to fight back.

The department of social development has subsequently launched an investigation into the assault, which it labelled “sick and unacceptable”. — DDR