Vital to invest in people 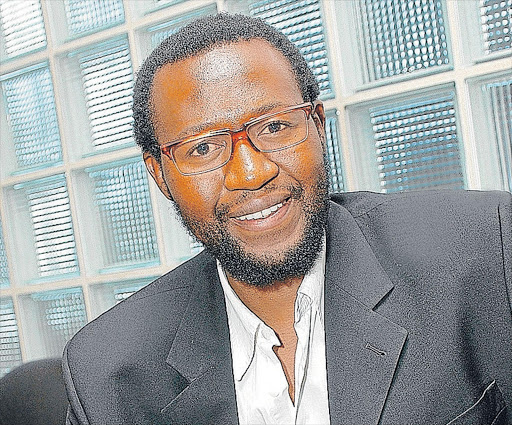 June12Op
Unless the development of human capital as widely as possible is at the centre of all South Africa’s development strategies, efforts to raise economic growth rates, bring “economic freedom” to the black majority and achieve political stability, will come to nothing.

Sadly, it is increasingly clear that one of the key lessons from the Asian tiger economies’ extraordinary development success – bringing quality education to the largest number of people as quickly as possible – has been lost on South Africa’s political, business and social elites.

Depressingly the political will to focus on developing human capital appears to be missing.

While having abundant minerals, land and financial capital are helpful for a country to prosper, these are not essential in our increasingly globalised, technological and competitive world.

Far more crucial is to have quality human capital.

Achieving quality human capital requires a multipronged approach that encompasses traditional education for those of school-going age, industry-relevant adult education for the adult unemployed and continuous specialised training of relevant skills for those in the labour market.

The outcome of concentrating on improving mass education is often not immediately seen and is only apparent in the longer term. Most failing African and developing countries do not plan for the longer term. Governments and leaders are often focused on immediate self-gratification.

In impoverished developing countries there is often a fear among failing ruling elites – who depend on the vote of the poor – that the more the population becomes educated, the greater the chance of it changing its voting pattern.

Voters who are better educated are also better able to pursue economic opportunities independently of government, and be less dependent on direct government patronage.

The better educated generally have higher expectations of their governments, are likely to have better access to information about what their governments are really up to, to see beyond the rhetoric and can better evaluate their political choices.

If there were genuine political will, this country’s government would be primarily ambitious about raising the quality of state school education, the provision of resources and improving the learning environment so that it will compare with the best in the world.

Unfortunately, it appears that a lot of the action relating to “improving” education is based on gimmicks, and is poorly thought out and reactive.

Government should focus on securing the best available talent in the country – or the world – to run its school system. This applies to filling all relevant posts, including ministers and public servants.

Education must be declared a national emergency.

Education must be planned with a large emphasis on South Africa’s industrialisation path.

Education policy needs to be in harmony, consistent and coordinated with broader development policies, such as infrastructure, agricultural and energy investment.

Vocational training will have to be massively rolled out. South Africa needs a diversity of vocational training – from providing simple practical training centres to train anything from community health to nursery school teaching, to converting some townships schools into vocational and industrial high schools.

The skills of teachers must also be continuously upgraded and the standards of testing for the quality of skills learned will have to be higher, rather than the currently inappropriate 30%.

It is mindboggling that government can build power stations, which need, for example, artisans, welders and electricians, when the same government cannot immediately train, in one go, half a million unskilled unemployed people.

The in-house transfer of company skills should also be dramatically expanded. Black economic empowerment should shift from giving politically connected individuals ownership stakes in established companies to beginning to grow the human capital among the largest number of people as possible, transferring skills and boosting the education of the poor.

Companies and groups of companies in various sectors, should in a different kind of BEE, be training artisans en masse – and government should give them maximum BEE points for doing so.

Business should adopt poor black schools instead of appointing token politicians to their boards and striking meaningless black economic empowerment deals which enrich only a few politically connected black individuals.

Most poor black families are so hardpressed to survive that they often have little time to put pressure on their local township schools to improve the education of their children. The onus is therefore on civil society groups to help play a watchdog role.

A culture of volunteerism also needs to be created in which privileged black and white professionals volunteer their skills to mentor or teacher those from poorer communities.

School hours must be extended, and more aftercare support needs to be given to schools in poor communities.

Good teachers should be rewarded by government, communities and parents.

This is what is required to build quality human capital.

William Gumede is chairperson of the Democracy Works Foundation and author of “Restless Nation: Making Sense of Troubled Times”