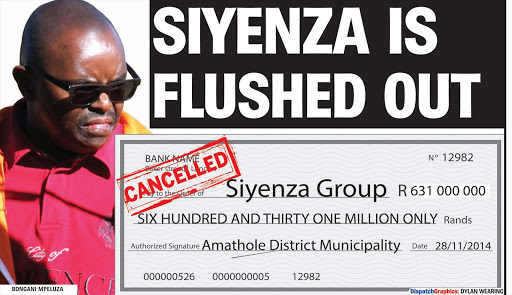 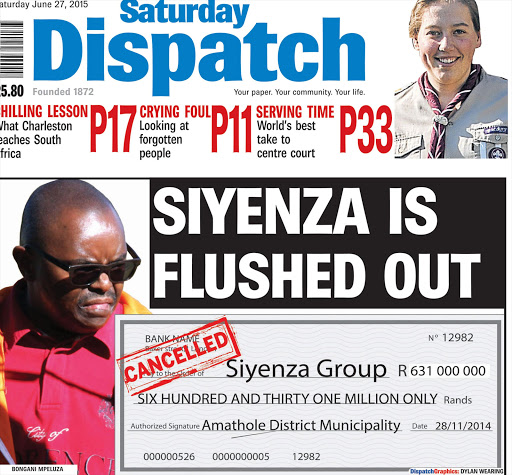 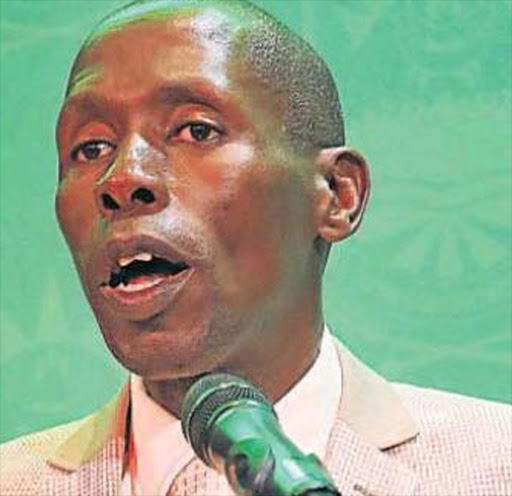 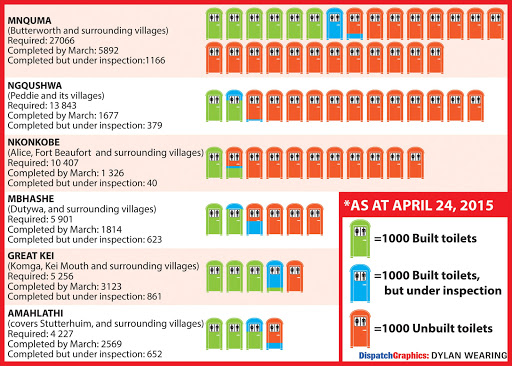 Siyenza Group has vacated its construction sites after its lucrative but controversial R631-million sanitation contract was cancelled by the Amathole District Municipality.

The cancellation came just five days after the original contract, used as a basis to award Siyenza a contract to build 66 000 toilets in villages around the municipality, was scrapped.

And Magwangqana, who has been refusing to speak on the Siyenza controversy since the story broke in February, has finally broken his silence.

He confirms in a statement published today on page 6 of this newspaper that the contract with Siyenza has been terminated. Earlier this week he would not discuss this with the newspaper, arguing that the matter was before the Public Protector for investigation.

In the paid-for advertisement, he admits that the municipal contract with Siyenza has no basis.

“On 10 June 2015, the ADM notified Siyenza Group in writing that, as it had been participating in the same contract between Siyenza Group and Misa that was now cancelled, the contractual basis for further involvement of Siyenza Group in the ADM sanitation programme no longer exists,” Magwangqana writes.

He was referring to a story published in Tuesday’s Dispatch reporting that the Northern Cape contract between Siyenza and Misa had been terminated after the company was found to have submitted fraudulent tax documents to win the open tender.

It is unclear how the municipality and Misa will recover millions of taxpayers’ money already paid to Siyenza. There are, however, indications that Siyenza may be forced to pay back the money.

In a statement released this week, co-operative governance and traditional affairs spokesman, Tsakani Baloyi, said that measurements of the most recent work done were being finalised.

Baloyi said the state attorney was facilitating a process between Misa and Siyenza to determine if any amount was owed by either side.

A municipal official close to the developments, who cannot be named, said: “Siyenza has vacated our sites, citing that they have been fired.

“Politicians, on the other hand, seem to want to digest this shock till August.

“We are preparing their final accounts as we speak so that we can release them without any party owing monies to another.”