'GIVE IT TO MY BOYS’: Top Bhisho officials implicate ANC boss in tender manipulation. 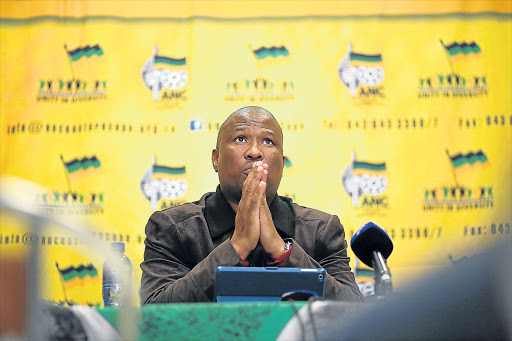 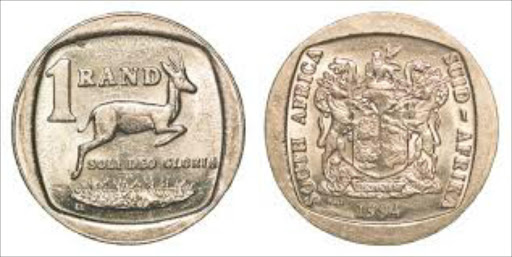 A four -minute long audio clip between two of the province’s most senior government officials has for the first time shed light into how lucrative government contracts are awarded – sometimes long  before going to tender.

The two officials can be heard discussing two Department of Education contracts.

One is a R1-billion schools nutrition programme still in the pipeline and the other, also worth tens of millions of rands, was before adjudication at the time of the recording.

The conversation is between acting superintendent-general (SG) of  education Raymond Tywakadi and former head of the Eastern Cape treasury Marion Mbina-Mthembu, who is now director-general in the office of premier Phumulo Masualle.

The audio clip was secretly recorded and released exclusively to the Saturday Dispatch by local  businessman Sipho Leve.

Mbina-Mthembu and Tywakadi  speak openly about what comes across as political interference in the tendering process from ANC Eastern Cape secretary Oscar Mabuyane.

The two officials can be heard clearly discussing how Mabuyane wanted one of the tenders awarded to his “boys from Ngcobo”.

In the recording Mbina-Mthembu can be heard asking for clarity from Tywakadi on Mabuyane’s exact  instructions and which of the two tenders he wants for his “boys”.

One is for catering services at hostels contract. The Dispatch understands that this is  valued at more than R20-million.

The second is a schools nutrition programme, into which government pumps more than R1-billion a year.

Mbina-Mthembu repeatedly asks which of the two is supposed to go to Mabuyane’s “boys from Ngcobo”.

Tywakadi replies saying it is the one which caters for all the schools in the province.

Mabuyane is originally from Ngcobo.

The conversation was recorded by Leve on his phone on April 9 in Mbina-Mthembu’s East London office.

He has now submitted an official complaint to the education department.

Mabuyane yesterday denied instructing Tywakadi to award a tender to people close to him.

Mbina-Mthembu and Tywakadi both confirmed it was their voices in the recording.

Tywakadi, however, denies ever saying Mabuyane wanted the tender awarded to his “boys”. He repeated that it was Mbina-Mthembu who said it during the conversation.

Yesterday, Mabuyane said the two officials would be called to Calata House – the ANC headquarters – to explain the “reckless name-dropping”.

“I have never instructed anyone to issue out a tender to anyone. It is utter rubbish,” Mabuyane said.

“There is a group of people who have been involved in the school’s feeding scheme programme as far back as early 2000 before I was the secretary.

“These people are from Ngcobo, Mthatha, Butterworth and East London.

“They are the ones who came and presented to the ANC. It is mischief, whether it is said by Ray or Marion, to reduce this group to people from Ngcobo,” said Mabuyane.

Although being made aware of what appears to have been political interference in the awarding of contracts, neither Mbina-Mthembu nor Tywakadi  reported the matter to authorities or law-enforcement agencies.

Instead Mbina-Mthembu was promoted to the position of director-general.

Leve said he and his business companion Simphiwe Molosi had visited Mbina-Mthembu to ask about a delay in awarding the education department’s hostel catering service tender.

Mbina-Mthembu then called Tywakadi and put him on speaker phone.

It was at this point that  Leve started recording the conversation.

“Just before the call, Mbina-Mthembu intimated that the ANC secretary Mr Oscar Mabuyane had instructed HoD (Tywakadi) to cancel the tender because he wanted to involve his boys from Ngcobo,” he wrote in his letter of complaint  to authorities on Tuesday.

This week Leve said he  reported the conduct of the officials as schoolchildren were suffering because of  abuse of political power.

Mbina-Mthembu, who claims she was not aware she was being recorded, said she felt blackmailed by the same people she was trying to help.

Tywakadi yesterday denied ever bringing up Mabuyane’s political title in the recorded conversation, arguing it was, in fact, Mbina-Mthembu who dragged Mabuyane’s name in.

“My prior discussion with her was about a discussion at Calata (House) about revising the model for schools’ nutrition, because there were groups saying the model should be changed as they can do a better job.” said Tywakadi..

“With the lobbying, they will always go to the secretary’s office. I told her that there is this growing lobbying.

“She was the one who was saying the schools nutrition contract must be managed by the secretary’s boys in Ngcobo, not me.”

But in the recording Tywakadi can be heard saying: “No it’s the one he says we must change its model. The one for supplying food to all schools.”

In response to another question Mbina-Mthembu again says: “It’s the one he (Mabuyane) for his boys because he says his boys must be the ones managing it.”