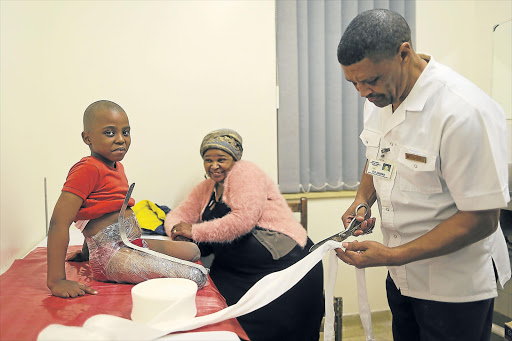 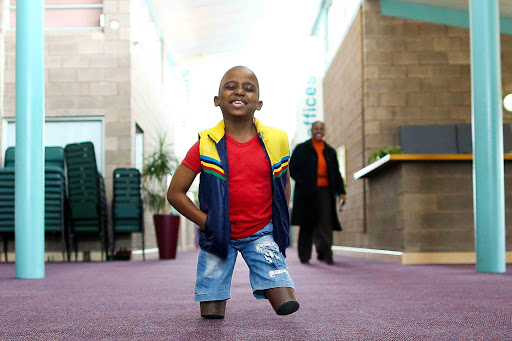 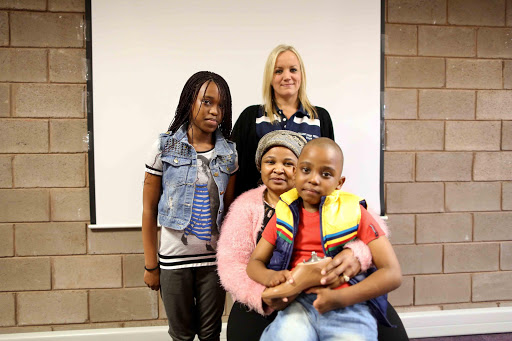 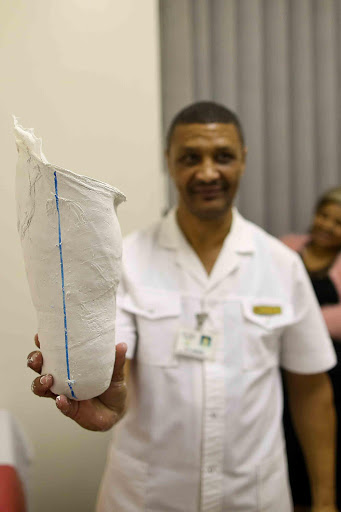 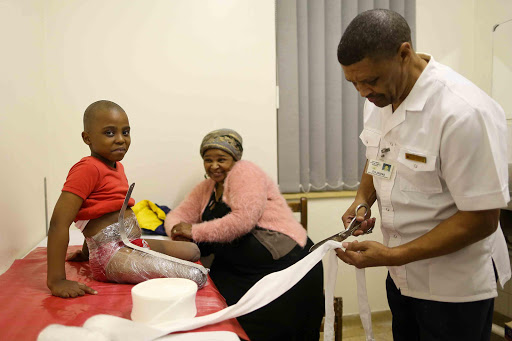 When Janey Stevenson, a Grade 1 special needs teacher at College Street Primary School in East London took a video of one her pupils who is a double amputee to highlight his plight, she never anticipated the footage would go a long way to aiding him.

Thanks to the footage, energetic seven-year-old Ubuko Mpotulo from NU5 Mdantsane will  soon be fitted with  prosthetic legs donated by a German company based in Johannesburg, Ottobock, which manufactures wheelchairs, prosthetics and other  medical products.

The two-minute  cellphone footage shows seven-year-old Ubuko running, jumping and hopping along with his peers on makeshift stumps.

In 2010, when Ubuko was two and just learned how to walk he was diagnosed with severe meningococcal septicaemia.

According to Professor Gerald Boon, head of paediatrics at Frere Hospital, this type of septicaemia occurs when the lining of blood vessels becomes damaged causing a coagulopathy (clotting disorder).

This coagulopathy  obstructs the narrow arteries and cuts off the blood supply causing areas of the body to become gangrenous leading to  amputation.

The diagnosis led to the  devastating process of both Ubuko’s legs being amputated as well fingers on his left hand and terminal digits (little finger and fourth finger) of the right hand.

Ubuko was fitted with prosthetics after the amputation, but he outgrew them over the years.

His mother, Litha Mpotulo, cut and reshaped the prosthetics to enlarge them.

Earlier this week a representative from Ottobock flew to East London to hand Ubuko his new prosthetics.

The Dispatch was at the East London Health Resource Centre on Thursday when Ubuko, accompanied by his mother and 11-year-old sister Lutho, came hopping and running into the centre with a big smile.

“He is so excited, he did not even want to eat this morning,” said Mpotulo.

Ubuko’s face lit up when he saw his teacher and he went over and gave her a hug.

The handover event chaired by the CEO of Frere Hospital, Dr Rolene Wagner, began with the screening of the footage, which brought tears to everyone.

Stevens said she had made the video to send to people who could help raise money for proper prosthetic legs.

Wagner showed the video to the acting hospital manager Joy Scholl who then showed the head of Orthopaedics and Prosthetics at Frere, Dr Daniel Jagers.

Jagers said he just broke down and cried.

Stevens said: “When we enquired about the price we were told it would cost us  between R100000 and R150000.  It was then that I sent it to Ottobock and  told them we needed the best prosthetic legs to suit Ubuko’s active personality,” said Jagers.

Billy Ngobeni, sales and marketing manager from Ottobock, said they were touched by Ubuko’s plight and decided to give him the prosthetics for free.

“We believe that no one’s mobility should be limited and we managed to pull the best prosthetics to suit Ubuko’s needs,” said Ngobeni.