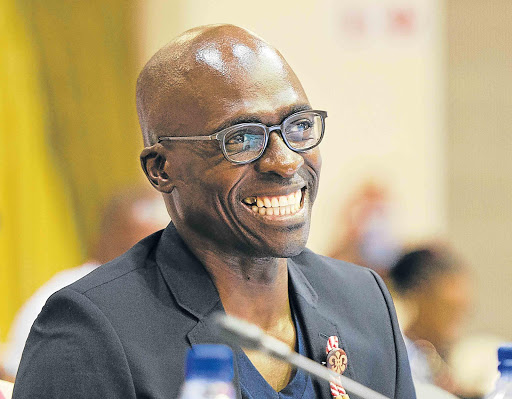 But, despite resource constraints, Home Affairs would push ahead with its further plans to outlaw late birth registrations by the end of this year.

“The resources are there to capture children within 30 days, even in deep rural areas,” he said, denying that children not registered in time would be dispossessed of their citizenship.

Gigaba was speaking yesterday during a stakeholder engagement swoop through East London which included opening the department’s new offices in Fleet Street.

He said the department needed to increase its footprint to provide greater access to its services.

The use of banks to accept applications for smart IDs as well as additional mobile units would assist in the process.

But he said he was not happy with the roll-out of the smart IDs. “We wish we could do more. At the rate we’re going, we’re not going to reach our target of converting all green bar-coded documents to smart ID cards by 2018-19.

“We wish we had more financial resources. But I think our officials are pushing as hard as they can.”

Gigaba said the new birth registration policy was “long overdue”, having been proposed in 2005.

“The late registration of birth process has been creating enormous problems for us.

“You can’t say we have not given this programme enough time .

“We have said we are not going to dispossess anybody of their citizenship. The process is going to be more strenuous after this in checking and confirming the veracity of any claim for South African citizenship.”

Gigaba said his department was at the centre of all government service delivery.

However, there were many legacy problems that the department had to address such as ensuring that individuals’ personal details were correctly entered on national databases. — rayh@dispatch.co.za