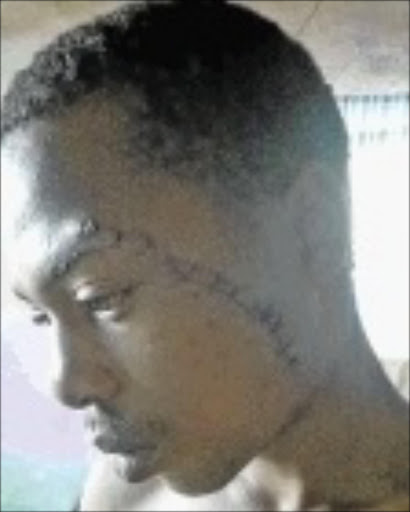 Bhekizulu High school in Libode pupil, Onke Gagu, 19 was stabbed by a classmate while in class last week Wednesday.- (supplied)
More than 750000 children have been assaulted and another 654000 sexually assaulted or raped at South African schools since 2012 but only every second case is reported. In addition, 1.46-million pupils reported being threatened with violence.

Teachers were also not spared and found themselves at the receiving end of violence within the school corridors.

The scourge of violent crimes at schools prompted the South African Democratic Teachers’ Union (Sadtu) to tackle the crisis across provinces.

Sadtu vice-president Veronica Hofmeester, who is also chairwoman of the South African Council of Educators (Sace), revealed the shocking statistics on schools’ violence at a seminar for principals in East London yesterday.

About 300 principals attended the event from the Eastern Cape’s more than 5000 schools.

Speaking to the Daily Dispatch, Hofmeester said: “We are looking at possible proposals, which could be whether to have schools only for these violent pupils or what is it that the principals across all provinces suggest. Perhaps to have psychologists at schools.”

Hofmeester said she was shocked by figures contained in the South African Police Service crime statistics released on Tuesday, which showed how many teenagers were involved in murder cases.

“If you look at those 47 murders by children between the ages of 10 and 17, means that we have a problem. Those children are at schools.

“What do we do then to ensure that our teachers and pupils are safe at schools?”

Hofmeester said while she was a teacher at a Western Cape school she was faced with a situation where pupils threatened her in class.

She said one pupil stood up and walked out of class shouting that he would bring people from the community to “deal” with her.

Hofmeester said the pupil returned with a group of people, who stood outside the classrooms – but nothing happened.

“This stopped when I responded to one of the pupils that he must bring his family, uncles and dogs – I will deal with them.”

Hofmeester said the national delegation had visited eight provinces, with the Eastern Cape being the last on the list.

This was a process to allow school principals to make proposals on what could be done to deal with crime at schools. “We have found out that these incidents differ from province to province as well as from districts.

“In other provinces, like the Western Cape, the problems are associated with gangsterism and we don’t have gangsterism in rural areas.

“The proposals will include input from other social partners and will be tabled to the national education department,” Hofmeester said.

Her study into violent crimes at schools did not have figures relating to the Eastern Cape.

Hofmeester said her study included findings contained in a similar Sace study compiled in 2013 and several other reports on violence at schools.

As part of her findings, she said teachers were resigning due to crime at schools.

Depression, fear, embarrassment, distrusting school management teams and non-responsive parent bodies were among reasons for teachers not reporting offences against them.

Hofmeester said principals needed to come up with ways to deal with the impasse at schools.

“We have done a study 94.6 teachers said they no longer report violence and one in every two cases go unreported,” she said.

The study also found that:

Among reasons were gangsterism, drugs, lack of parental care and domestic violence, among others. This resulted in ill-discipline, hate, suicidal thoughts, bunking classes and vandalism.

She said schools in other provinces were coming up with ways of dealing with the crisis.

Some of the ideas included prohibiting teachers from touching pupils, inviting pupils to social gatherings or dates.

Independent public administration expert Prof Lucky Mathebula said the time had come to professionalise principals affiliated to Sadtu saying one of the problems faced by education was that some of the principals were deployed in their posts and did not know what to do.